‘Housework’, I can struggle with that.  ‘Parental duties’, the clue is in the words.  ‘Building a bike’ three words that mean untold pleasure.

The sublime pleasure of bike mechanics is solving many problems with ingenuity.  Simply marvelling at the artisan beauty of frame building with the light engineering of frames, wheels, derailleurs, brakes and levers.  Leave ‘brute force and ignorance’ to those who refuse to fit full mudguards in winter I say [ah merde editor I could be shot for that!].

The Zen like satisfaction of trying to rejuvenate a once loved bike (on a budget) frees your mind from daily grinds of meetings, e-mails, alcohol and bedtime.  Turning the cranks for the first time raises the enduring question of when last did this bike feel momentum. The mere ritual of washing your hands in the kitchen sink before applying the finishing touches almost has a religious significance.

I’ve rebuilt some 30 vintage racing bikes over the years. Recently I realised that I left myself open to the question, why not do the one thing I love for someone I love?  To know the answer to this question you’d need to know my better half.  I thought I knew her, but I recently discovered something new.

The discovery occurred during the Christmas ‘Santa Cycle’ in aid of the voluntary orthopaedic work of www.StraightAheadIreland.ie.  This event was a leisure cycle around Cork with 300 others all dressed in red suits, hats and wearing white beards. For the first time ever herself took a back seat and was ‘stoker’ on our Jack Taylor tandem. For this event I dressed as Rudolf, a totally new experience for me, and fortunately for her no matter how hard I tried I could not find a lycra Rudolf skinsuit.

We took off with the merry crowd and managed to circumnavigate Cork as part of an unrushed peleton of good cheer without once, not once, putting a foot on the ground.  I marvelled at my stokers balance.  “Sure” says she, “I had a boyfriend with a motorbike – I always rode pillion”.  I am not the jealous kind but for some reason I decided I needed to build her a nice bike, a really nice bike, at once.

They say it takes a village to raise a child.  It took a bicycle shop, motor factors, two small children, a tool sharpener and the OldVelos network to midwife a Mercier Meca Dural.  My regular visit to The Bike Shed in Cork confirmed what an insight they had into my character, ‘only Brendan would be foolish enough to take this one on’.

The deal was done and the ‘Wreck of the Hindenburg’ was mine.  I then did my usual trick, took it home and in my enthusiastic state forgot to photograph the evidence.   You have to take my word for it when I say that what I acquired was a wreck.  Once I stripped it down I went to Google and godforsaken dusty blogs and researched such things as Mercier, Meca and Dural. The answers came back: ‘French, early aluminium, same stuff as used in constructing Blimps’ (or ‘Les Blimps’ as they say) and what’s this ‘The Embacher Collection‘. So, this mottled aluminium frame wasn’t just tarnished metal, it was a little bit of history waiting to shine! 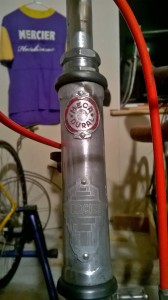 Stripping down the bike revealed its unusual design; fancy lug work and the answer to the conundrum of how to bond aluminium.  The answer was that ingenious French engineers didn’t bond, instead they used expander bolts leaving holes through-out the frame to be concealed – hence the two head badges.

The local motor factors recommended a polishing product to reveal the shine, but how to get to those intricate spots.  Not feeling unlike Mr. Schindler I enlisted twenty nimble and willing fingers of two bored six years olds to apply paste, rub and polish the grey duckling into the silver swan. The more they could see their faces in the metal the harder they polished.  Win – win.

The beauty and integrity of the 1940-1950’s designed frame affirmed the worth of the rebuild and the effort, but would I get it built in time?  Wheels – check; Chainset – check; Saddle and seatpost – check; Stem – check; Brakes and derailleur – check.  Fork – uncheck: Mudguards – uncheck; Handlebars – uncheck.  Pedals – must check e-bay.

For the forks I thank club mate, fellow tandem pilot and metal sharpener Gary Neff who with his skill deftly filed a fork crown in time for yuletide, had he not Easter would certainly have passed us by.  But for the fine dappled alloy mudguards and authentic ‘north road’ handlebars I must thank a fellow ‘OldVelo’ who once again put the bike before the cart. And with all this kindness came responsibility, get the bike built before the Turkey seeks its feathers back.

But what about the pedals?  Six Hundred Dollars.   Sounds so much more impressive than €565.91 but it sure is a lot of cash for a set of pedals, even one would have been unaffordable, never mind impractical.  Yet, this is how much a set of authentic ‘Tank’ pedals were going to cost on e-bay if I was to bring the bike back to Embacher beauty.  ‘Fully restored to original condition’ was going to have to be sacrificed on the altar of ‘custom build’.  Hard to know are they anoraks’ or vendors’ terms anyway, all I wanted to do was build her a nice bike, a really nice bike.

And so with the turkey gone the way of the goose and before the incineration of the plum pudding I snook down to the shed and solved many mini crises, fitted the best pedals I had and presented it to my wife. The transformation from Rudolf to Santa sat comfortably on my shoulders. Of course the present was received with great enthusiasm … well …

Did I mention these were made of the same stuff as the Zeppelins? 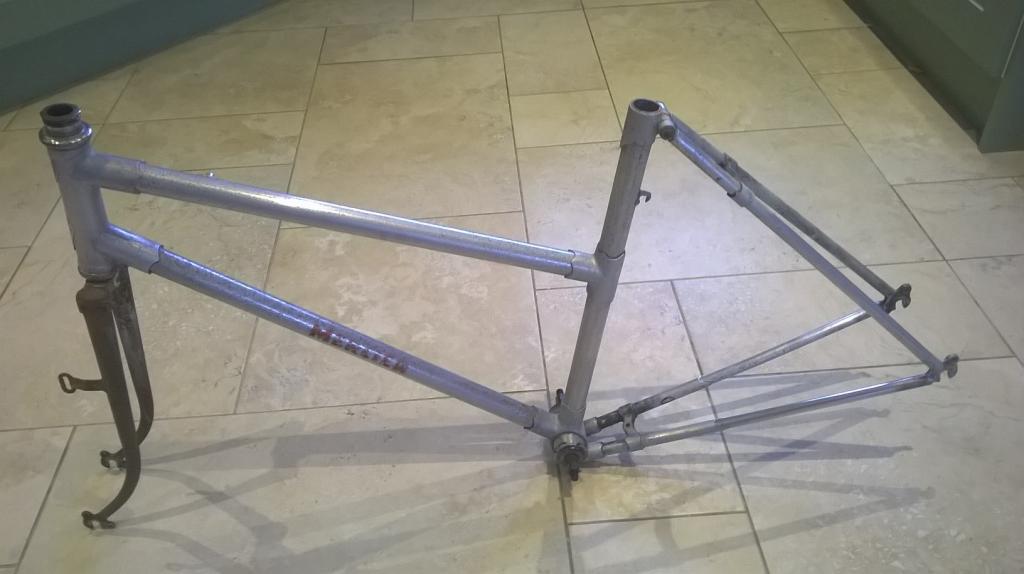 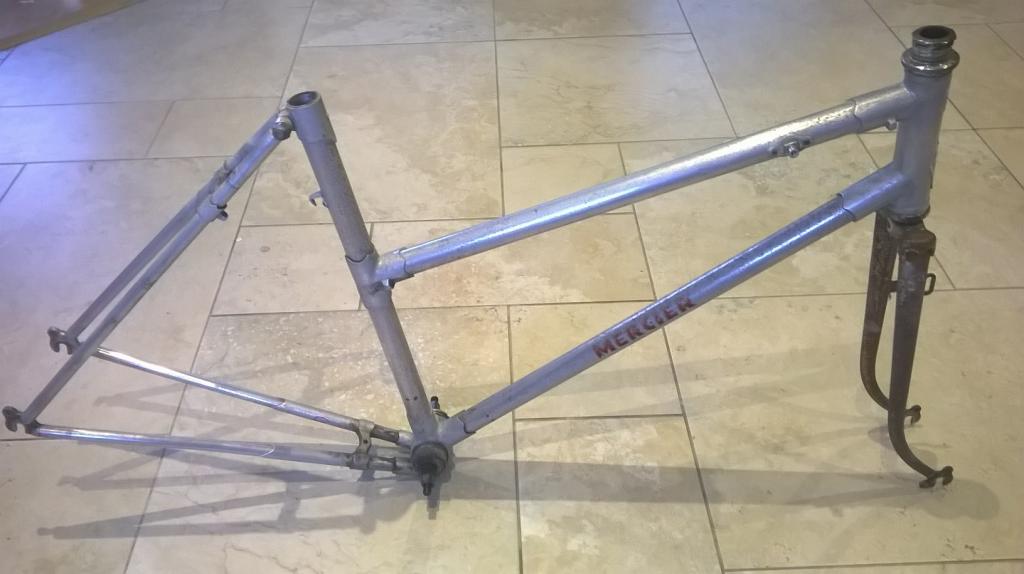 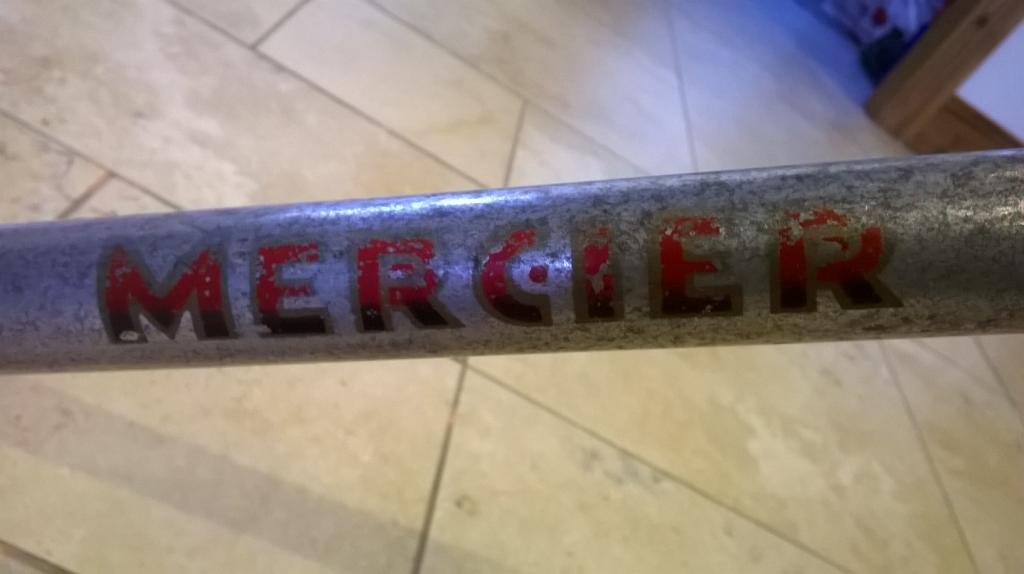 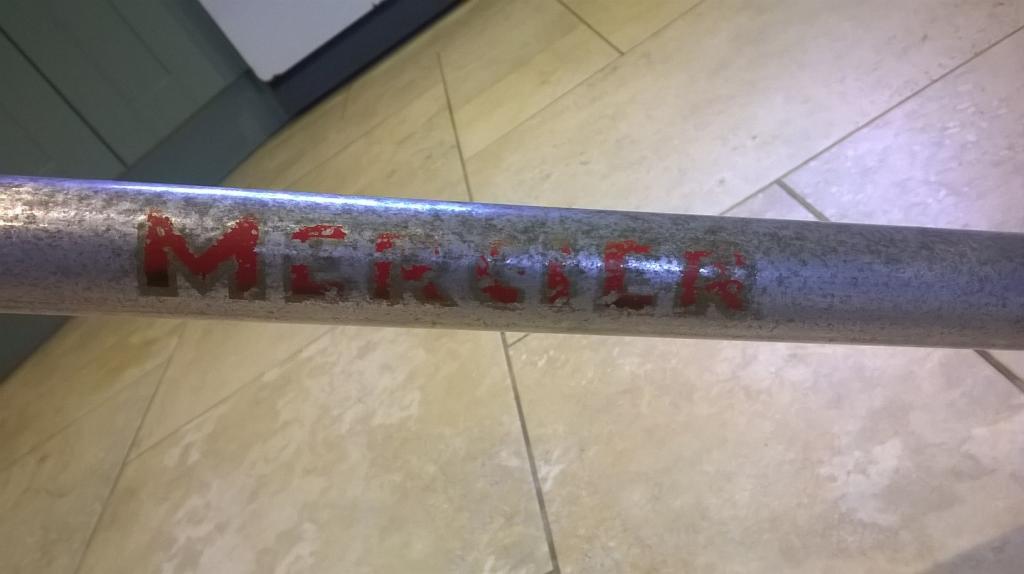 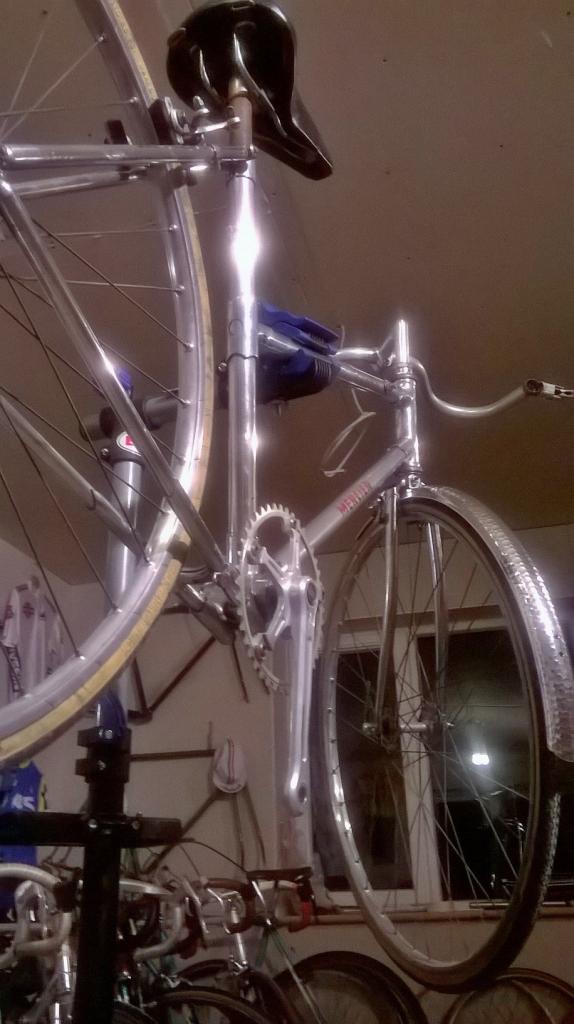 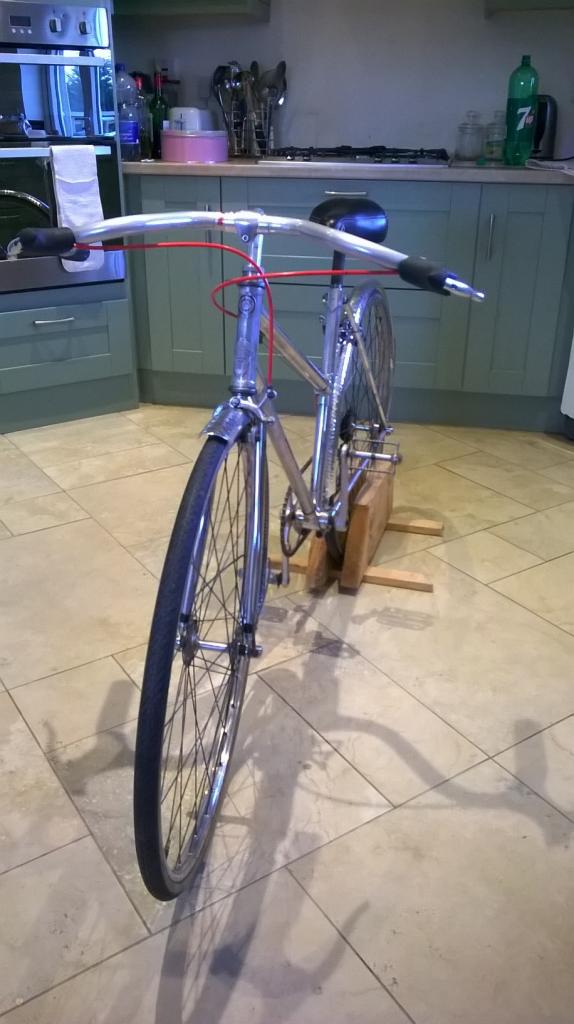 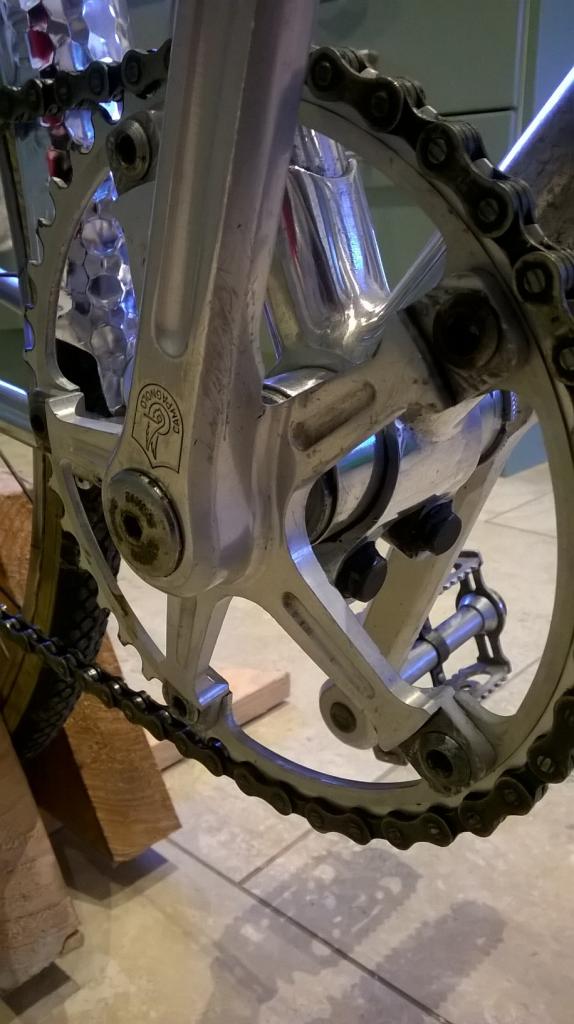 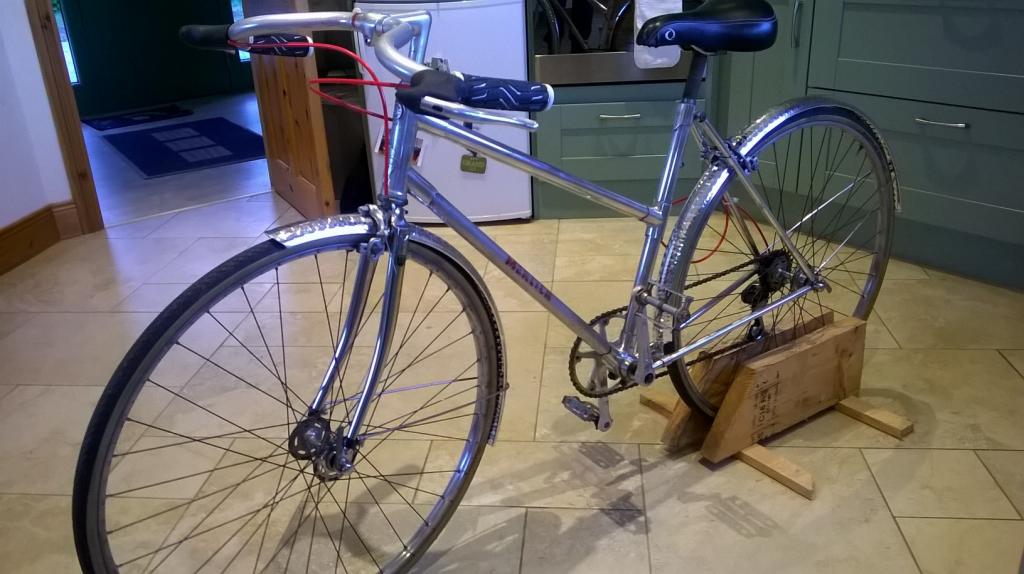 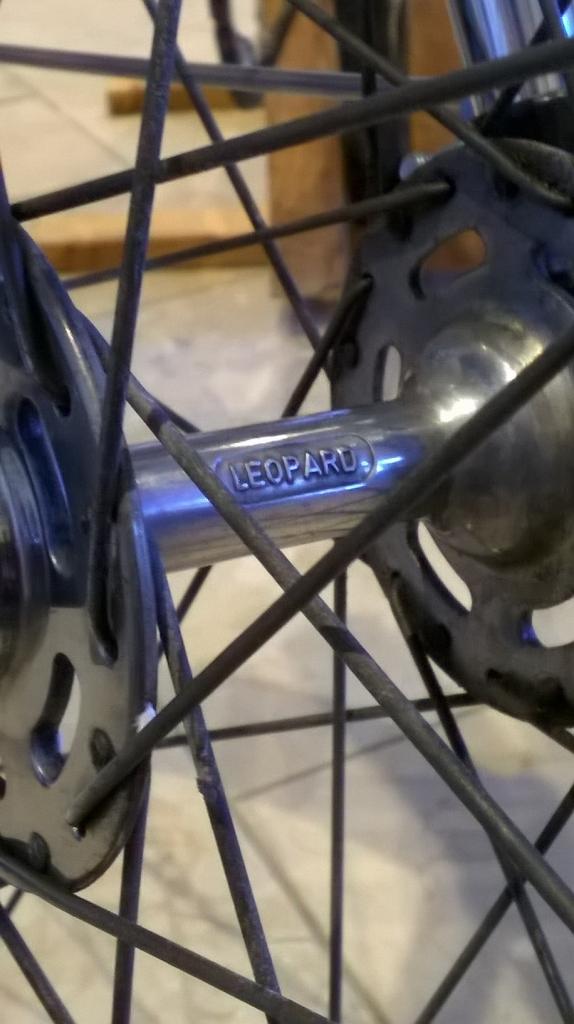 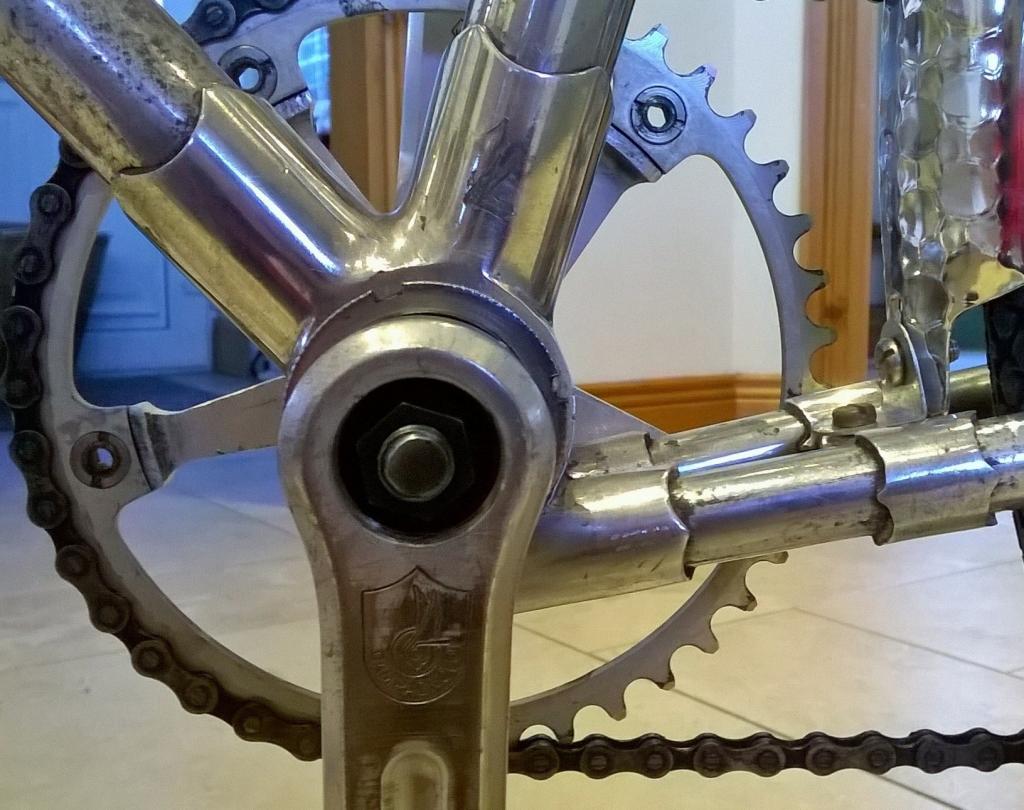 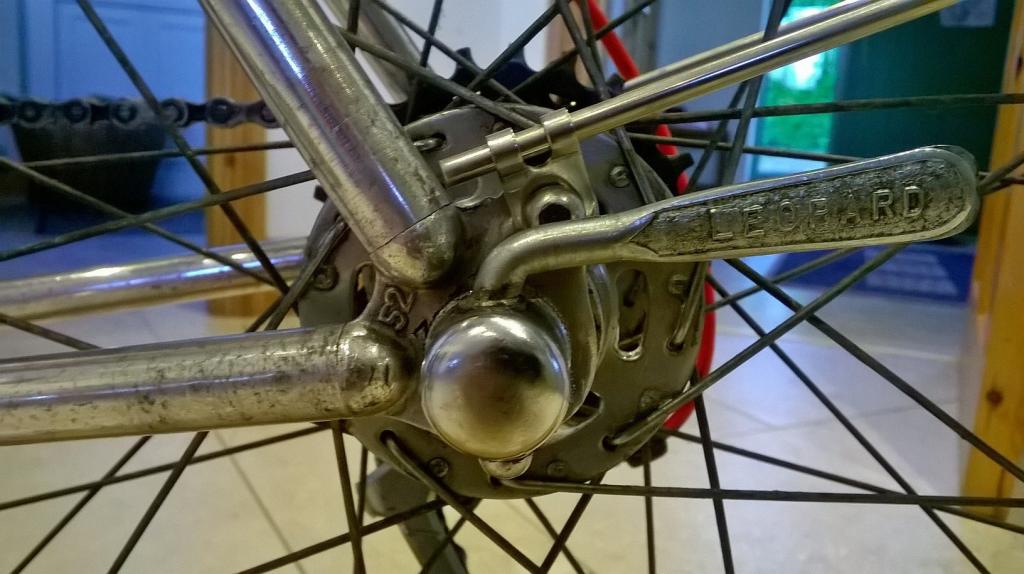 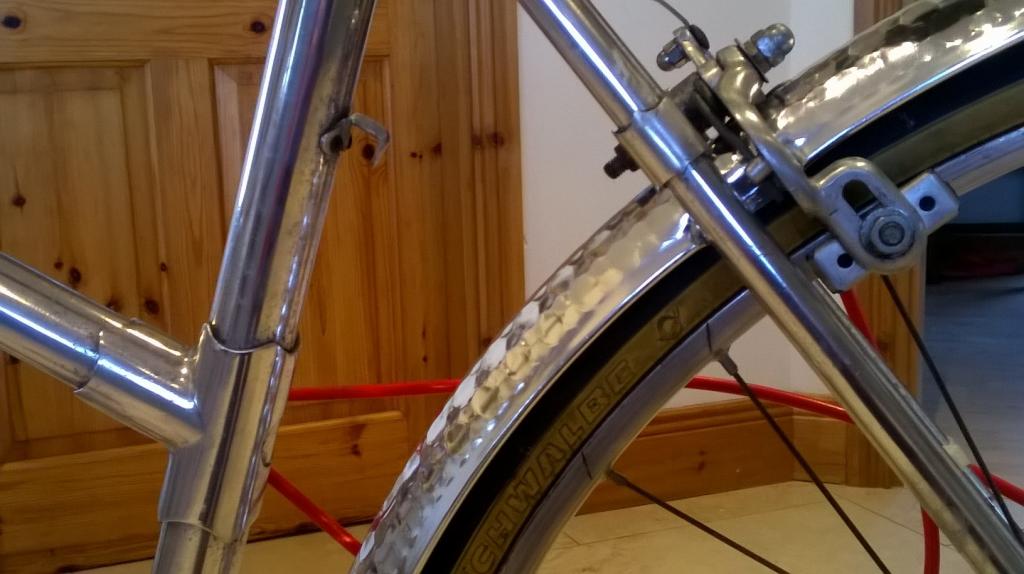 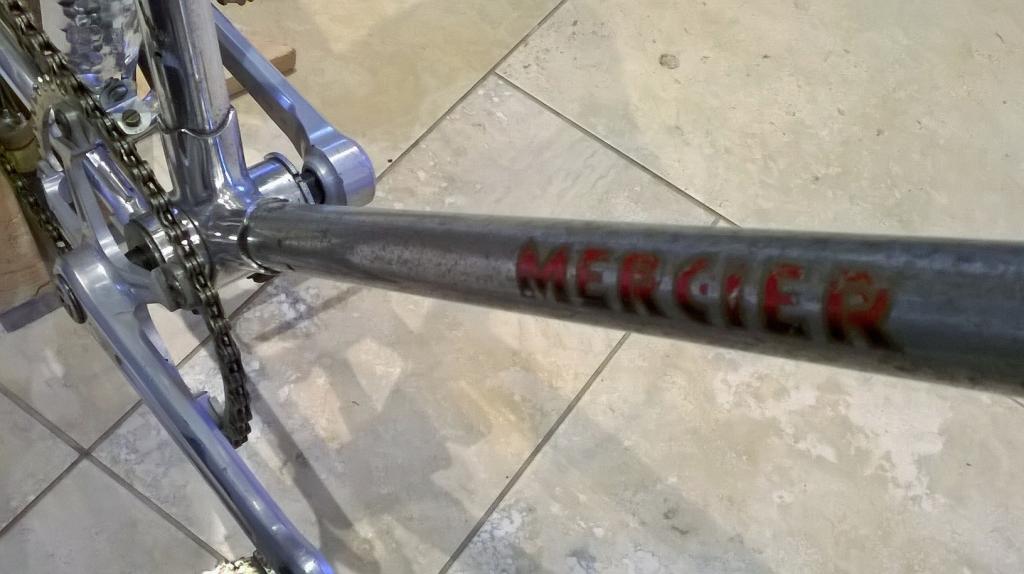 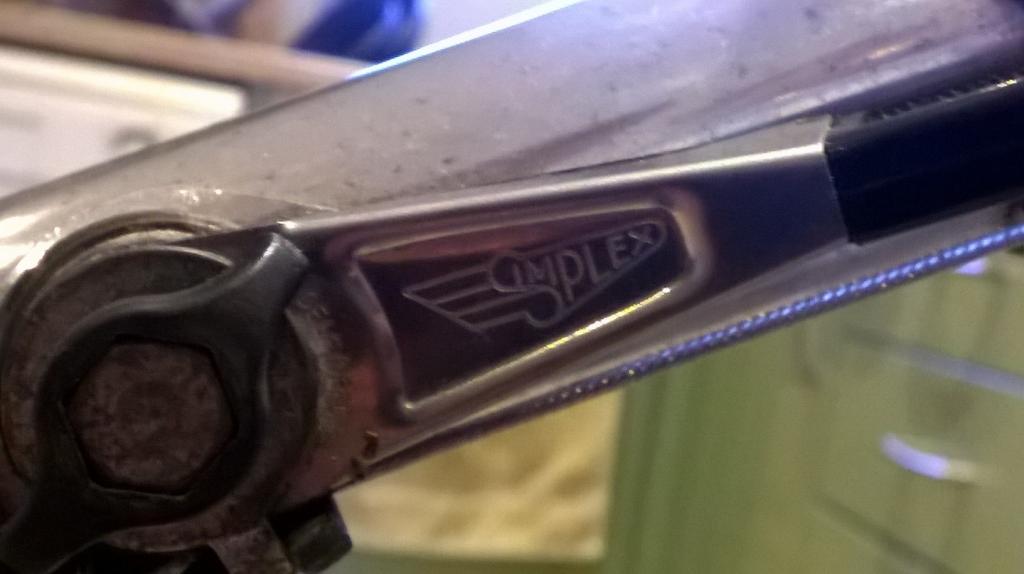 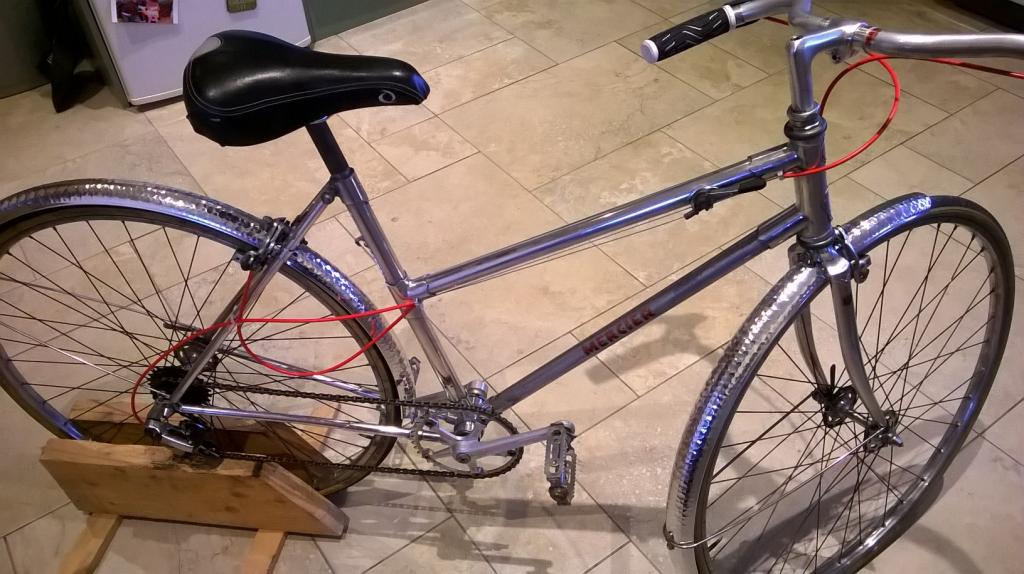 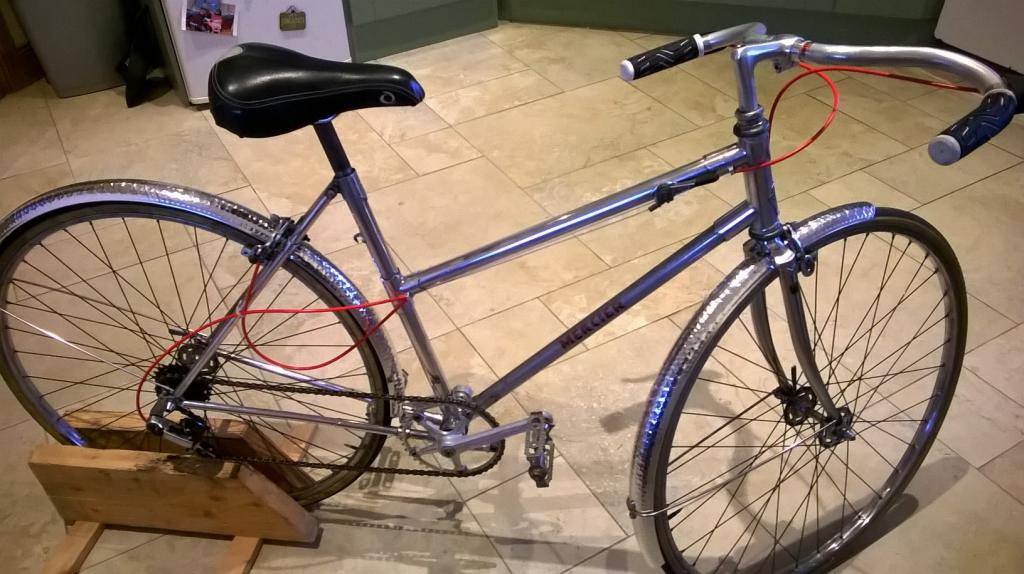 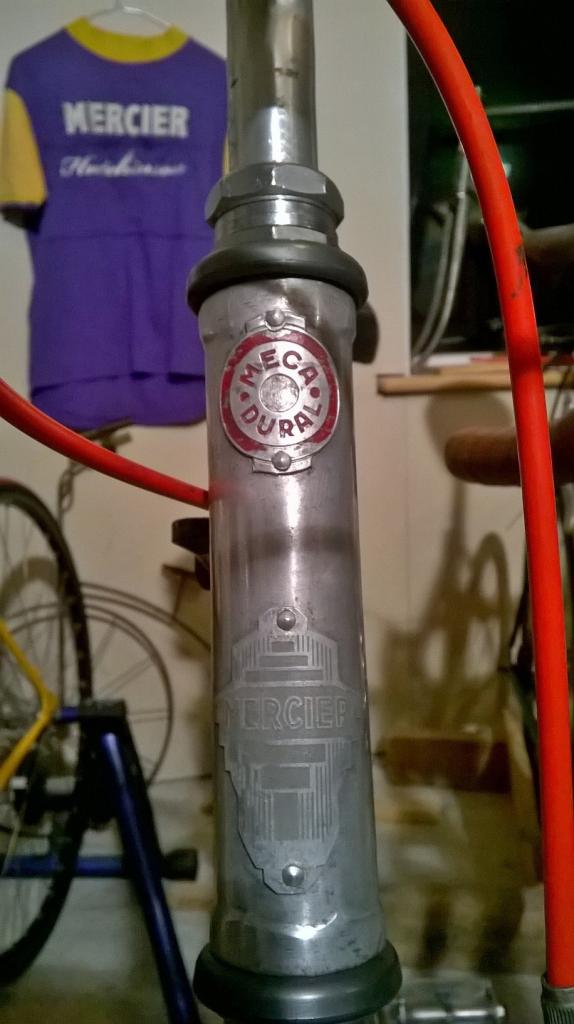