“Don’t look up Windmill Hill” her coach had warned her; “Don’t – You – Dare”.   It was race-day and on her first lap around Cork’s Ironman route she hadn’t dared.  His advice had proved sound more than once and anyway he’d berate her from the barriers if she ignored his instructions and looked up the five-deep spectator lined wall.  Now, as she contemplated the hill for the second and final time, she was feeling a freedom contained only by the knowledge that a marathon awaited.  Running was her strong suit and between the flat course, the encouragement of the crowd and the inspiration of fellow competitors she knew she’d get through.  Just one more tilt at that hill. 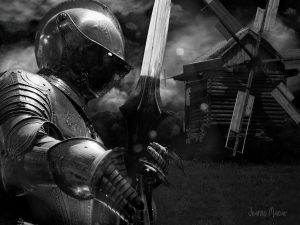 In some ways Windmill Hill hadn’t been the worst experience of her first lap.  She had become so focussed on it that the first climb after the swim, at Ballyferode, had caught her off-guard.  The steady words from a competitor beside her “spinning is winning, spinning is winning’ reminded her to find a rhythm and eschew the big ring.  Later, the steady climb from Midleton through Dungourney to Leahy’s Farm found her daydreaming of a Personal Best.  She ate up the miles through Inch and amused herself by working out that the 9 ¾ sign she just passed for Tallow and Park National School was, minus the ¾, exactly the miles she had left to ride. 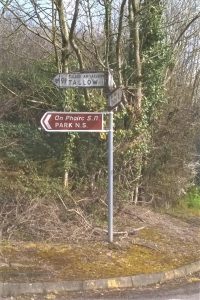 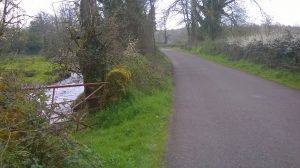 After that sign, she looped down over the trickle of water that must have been all that was left of the River Tohrig.   The sharp whistle of the marshal’s Acme Thunderer instructed her toward the right hand turn and Murphy’s Hill awoke her from her reverie.  PB’s soon became a distant memory as she joined the traffic jam of athletes on either side of the crest of the narrow road.   For the first time from necessity she stood on the pedals for effort rather than comfort.   How she would have loved to zig zag across the road for extra leverage but right now she just had to keep to the pace of the wheel in front and the breathing behind.   ‘There should have been more talk about this before the event’ she concluded, after climbing the mile between 48 to 49. 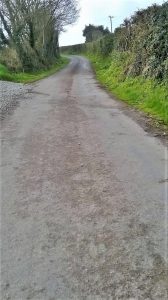 At the top the way-too-jolly marshals encouraged her to ‘turn left’ and shouted 7 miles to go.  ‘Are they all on happy pills?’ she wondered as the tricyclist at the waterpump wished her Godspeed.  Coach was God today and his other warnings returned to her.  “Low Cadence – High Concentration” he had insisted, both to preserve her stamina and her safety.   Downhill from here in the aero position she found the bike harder to handle, but in the big gear she felt more at one with the road.  On her first lap she had followed a fellow female athlete down through the fast bends, now on her second lap she overtook more than one man. 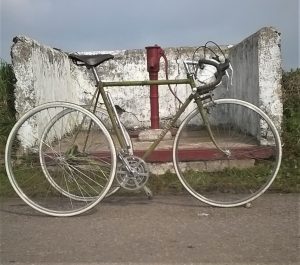 Thankfully this time, just before the right-hand T-junction at mile 55.5, she clicked back a few gears and avoided last times’ standstill restart that marked the final few miles for Youghal.  The words ‘don’t you dare’ reprised themselves in her mind.  ‘I have to get there first’ she retorted and wound back the dial to get up that leg-sapping climb after half a mile.    Soon she would be navigating the old walls of Youghal, calming herself by rewinding the history she researched of this ancient town. 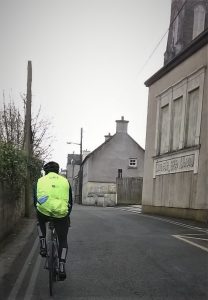 A port in a storm, sometimes embattled, once besieged and other times plundered, Youghal she knew could trace its background as far as the Vikings.  The walls she was passing had protected the town’s prosperity some 600 years ago.  300 hundred years ago the people of Youghal had multi-storey warehouses long before we ever had car parks.  There they stored wool, hides, wood and fish, which had been traded down the River Blackwater for export, but not before an ingenious double-duty charge profited the town.  Yet, despite the reputation of Windmill Hill in all things Ironman online, there was little history of the windmill to be found.  It had stood somewhere between the change from 5% Windmill Hill to 18% Windmill Wall.  Her mind wandered.  ‘What was it again the Windmill milled?’  Images of ancient beer kegs and whiskey barrels tumbling down the hill appeared in her mind. 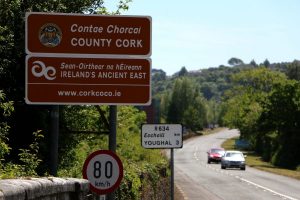 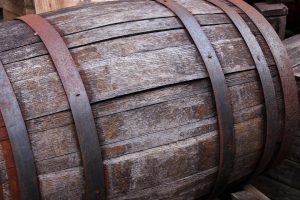 She turned the corner into the cacophony of noise, half ready for the sight of splintered wood.  “DON’T YOU DARE”.  Coach’s shouts woke her up, but it was too late, their relationship was now love-hate.  Her eyes fixed on the summit, there was nowhere to go except up, but his insistence had woken a vehemence in her she would have hitherto disbelieved.  The crowd applauded, shouted, screamed.  It was dizzying.   Her computer feed read 20rpm, somewhat less than her heart monitor read.  Above her, on the brow of the hill, where she believed the windmill should have stood, she watched its cloth sails rotate at exactly the same speed, but then slow. 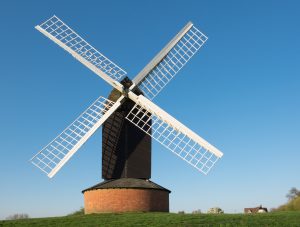 Her computer beeped and kept beeping, the spectator’s screams became silent.  For a moment as the ‘hill’ became ‘wall’ the sails stood still, like a giant ‘X’ ahead of her, she knew it was the miller’s sign for ‘shop-closed’.  “It can’t be, no, please no” she pleaded.  Slowly the voices raised, the volume of support rose in the wind and the cloth creaked in degrees to bring the top sail to 12 o’clock, the windmill’s signal ‘open to all’.  A few more revolutions and she knew she was going to beat the hill.  In her mind the sails shifted to 1 o’clock, a simple tilt that to this day denotes joy.  Oh joy, oh joy, oh joy.  Goodbye Windmill Hill and hello Youghal.

As she turned left at the top the drumming in her ears had returned from ‘heart attack’ to ‘heart rate’.  Now her eyes could focus on the road, the few parked cars (she daren’t glance at the ambulance), the family members and the fans.  And there he was, how she would never know.  Somehow coach was there, tears streaking his cheeks, his voice an insistent whisper.  “You’ve 2 miles left, next 1 downhill.  Remember, low cadence – concentrate.  You’ve got this thing”. 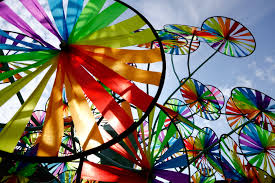 So concludes OldVelos’ route recce of the Ironman Ireland Route.  Our thanks to John Innes from iTri Coaching and the wider Ironman team; my anonymous editor in Dublin who cares for www.oldvelos.com; Kieran Grouger, Mark Ward and John Kelly for sharing my search for Youghal’s elusive windmill(s) -their passion for Youghal is akin to OldVelos’ for cycling.

Our best wishes to the Ironmen and Women and their supporters in June.  When making your vacation or staycation plans the following Youghal websites may come in as handy for you as they did for me!

www.youghalcelebrateshistory.com  (does exactly what it says on the tin)