You can’t keep a good Scot down!

“It is a great bike to ride,” said Douglas Dalby, owner of the rather spiffing 1973 Flying Scot that would be my steed for the 2015 Eroica Britannia, not to mention a veteran of two L’Eroicas. 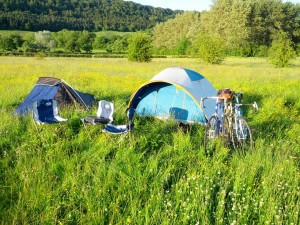 I had signed up for the British event as soon as entries opened last January, having identified it as a must-do after reading so much about last year’s by-all-accounts very successful inaugural run, and of the already legendary L’Eroica. We booked our accommodation in advance, great location close to the start with plenty of bike parking.

I had owned a series of fixed-gear bikes when I lived in Dublin town, so the appeal of this celebration of old, elegant, racing machines with their thin steel tubes and minimalist mechanicals was instant – and the perfect excuse to hunt for a similar machine.

An early offer by a cycling-mad neighbour to persuade a friend of his to part with a rusty 1985 Ciocc to renovate as a project and then loan it to me for the event fell through, so several weeks were spent scanning Donedeal, Adverts, and Boards.ie.  However, the mouth-watering prospect of that Ciocc had completely spoiled me as, by March, my confident plan to find and buy a 1985-1987 Italian classic in 55cm with Dura-ace gears and indexed shifters, Columbus or Reynolds high-end tubing in mint condition for less than e400 was proving…eh, difficult. 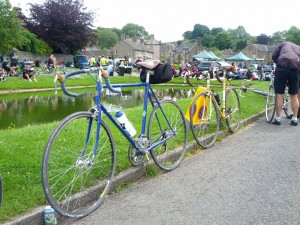 “Whit’s fir ye’ll no go by ye” is a Scottish saying that I often consoled myself with as the search continued, only for Douglas – a scotsman I’ve never had the pleasure of meeting in person – to offer his lovely blue Scottish machine as a loaner when I hinted at my troubles. Talk about karma.

“When the going gets tough I always summon up the toils of my predecessors who have been lucky enough to own it too,” he said. “This has also seen me cover some tough terrain and long distances…”

A week before the event, I picked the bike up from Brendan Hennessy, who had been its custodian since Dougla’s last L’Eroica outing. It was still sporting the same coating of pure white dust picked up from the gravel paths of Tuscany. “It needs a clean, but I’m leaving that to you,” quipped Brendan.

A quick wash provided a good opportunity to inspect and bond with a machine that would transport me over 100-odd miles of undulating hills of the Peak District, not to mention gravel paths and cobblestones.

A week later, I finally met up with my brother Conor and his friend Jonathan on the second day of the three-day Eroica festival in Bakewell. It was a visual treat, with several displays of vintage bicycles, cars and other vehicles and a suitably retro fun fair, not to mention plenty of hipster attire, tattoos, beards and handlebar moustaches. The highlight for this classic car fan was seeing the 1970s Volvo 244 that once did service as Eddy Merckx’s support car. 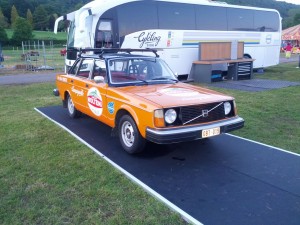 Up early at 6am the following morning, we elected to do the 100 mile-run after registering and leave the 30 and 50 miles routes to the undoubtedly more sensible folk. Conor was on a 1970s Barbados while Jon had a nice light blue 1983 Reynolds 753 steel machine renovated at some stage by Argos Racing Cycles of Bristol.

However, on the Mam Nick, and first and steepest climb, I had to dismount and walk for about 100 metres only for Conor to slowly pass me, grinding his high gears with self-satisfied half-grin. So much for the low ratio.

I resolved never to get off again – and I didn’t – but, in fairness, the subsequent and very short climbs thereafter were no huge challenge. What was more difficult was ensuring I was in the right gear given the fast-changing elevations, not made particularly easy by the Scot’s friction gearshifters, although they did work faultlessly.

The trails – Monsal, Tissington and High Peak – were the most fun and scenic parts of the journey, although better brakes that the Scot’s single pivot Weimanns would have made things a bit easier. But of course I had to keep reminding myself that the whole point of this kind of event to relive the toils of my predecessors; we modern cyclists are so well served by today’s sharp-shifting drivetrains that I occasionally forgot. 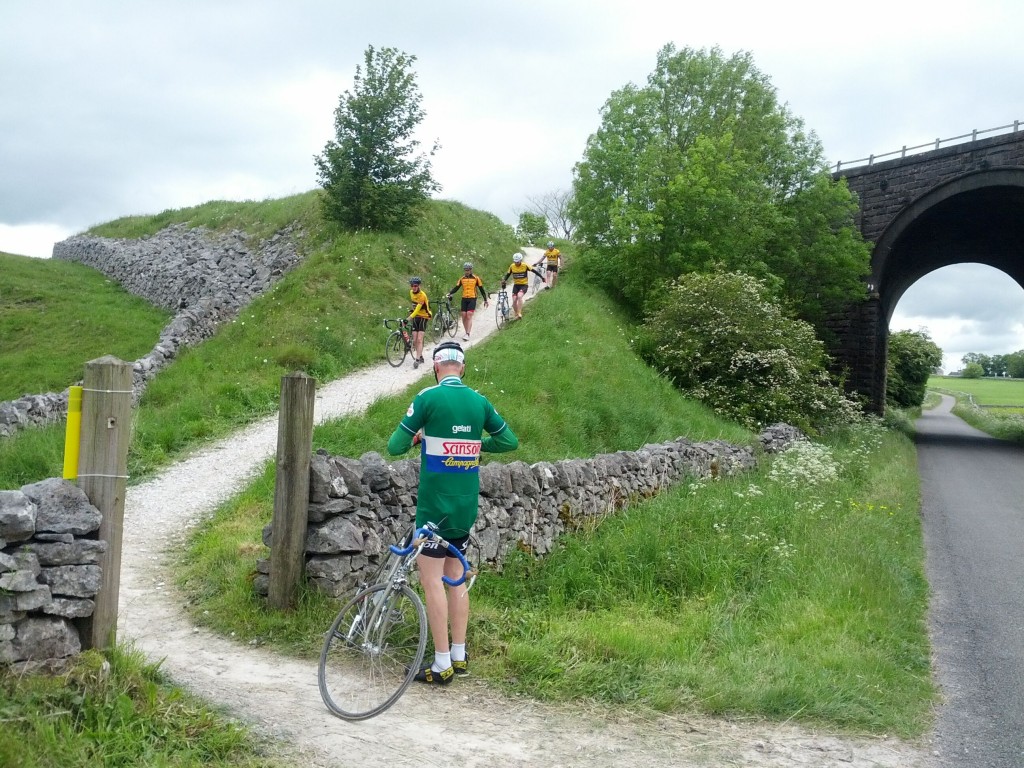 But the food, oh the food! Long-haul cycling never fails to accentuate the appetite, so the sheer pleasure of consuming sticky buns, cakes, bananas, ice creams, sandwiches, coffee, tea and beer rather than Powerbars, electrolytes and energy drinks and other inedible hi-tech foods was magnified by at least a factor of ten.

We didn’t quite manage the 100-mile route, opting to rejoin the medium route for a spell to make our total distance about 85 miles because one of had to leave for home quite soon after the finish. So one checkpoint stamp out of six on our route cards remained blank, and we missed the last serious climb – although I can’t say we minded that much by that stage.

All in all, a fabulous experience: well-organised, a challenging but interesting route that took in some of the best scenery of the Peak District, and a great atmosphere with friendly waves, smiles or interested queries from almost everyone we encountered along the way.

Jon clearly experienced the biggest post-Eroica high in the days after, judging by a number of emails gently egging me and Conor to consider booking the last remaining spaces on next October’s L’Eroica before realising that it wouldn’t work out. Definitely next year, and in the meantime there’s the Old Velos International Classic in September to look forward to.

Delighted to be part of it. Dmitry, my 12 year old son, END_OF_DOCUMENT_TOKEN_TO_BE_REPLACED

Great weekend folks. First one for me, wont be the last and END_OF_DOCUMENT_TOKEN_TO_BE_REPLACED

Just wanted to say thanks for last Saturday, really enjoyed the day, END_OF_DOCUMENT_TOKEN_TO_BE_REPLACED