“I was halfway through the race and I felt a little silly.  I think I started too fast and then I was wrecked.  I wanted to stop and take a break, maybe have a glass of water.  But I didn’t think that was allowed.  I was third last Daddy.” “Don’t worry son” said I knowing the result, “so was I”.  On our journey up to Ennis I had said to Sam that I was going to use the Burren Racing Team cyclocross race as training, and he might think of it that way too.  While I may be a dedicated ‘B’ racer, he’s not going to be under 10 forever.  So we ended up talking about participating.  Big word that, especially after a long race.

Sam and another young friend entered the U-10 and U-8 races respectively, sadly their sisters’ declined, but maybe next time.  Kids CX is serious stuff, especially if you’re an adult racer who happens to stray onto the course and receives a ‘tannoy-full’ in response.  However, children’s races are the start of early careers and they start early too – a note-to-self for any B-race parents hoping to sneak in a practice lap.  Ennis boasted a host of under-age races as well as junior boys and girls.  No mean feat when you’re trying to stop the tide of adult racers hoping for a recce.

And so when the B-race course began my only point of reference was seeing an 8 and 10 year old career around the first corner from the start-line.  That and witnessing the footpath to grass embankment at the other end of the course spew a practice-lapper back on to the concrete.  Unnerving that, but little did I know then that one lamppost close to the start line was going to wreak havoc.  This and other features of the course I can easily replay in my head, but strangely the most noticeable feature of this technical course is that I still can’t map it out in my mind. 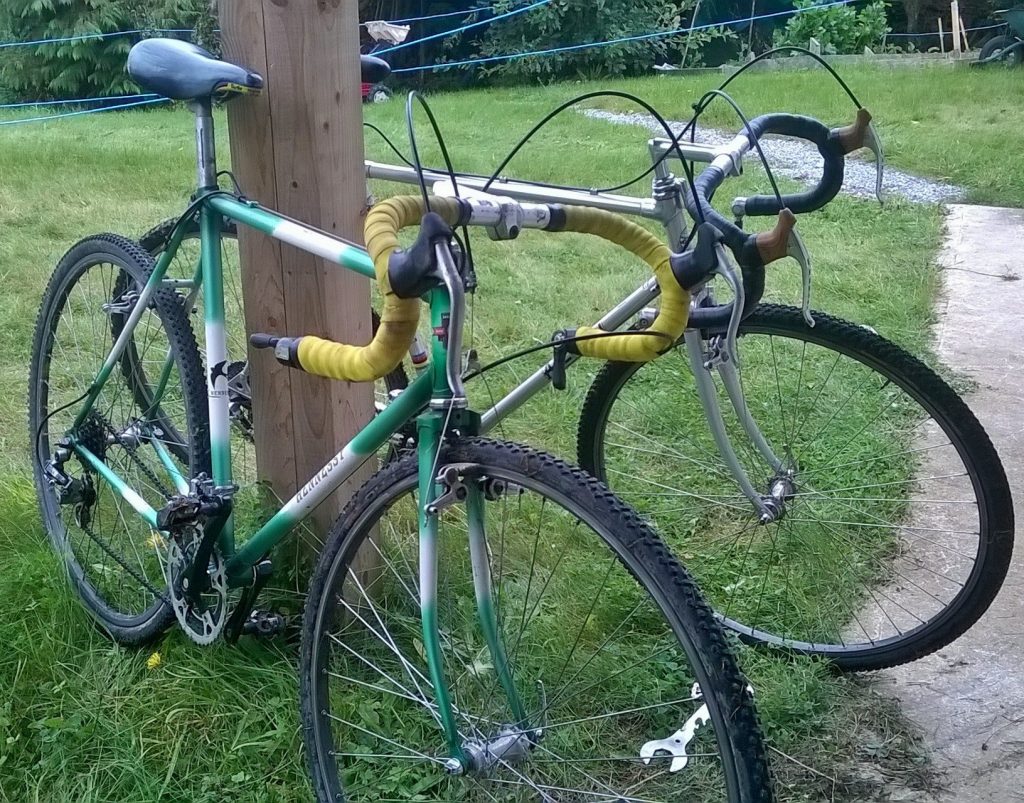 The start was the usual harum-scarum of tight turns and little gasps that elicit ‘don’t mind if I do’ style overtaking manoeuvres, knobbly tyre rub-ups and screechy brakes stops, all to be sorted by one turn around the lamppost.  Manys the romantic tryst began under a lamppost but there was no kissing at this one but more a mass break-up as the early fallers disentangled themselves from unexpected lovers.  It was then on to the boards.  Now these boards were set at UCI regulation height, but sure doesn’t everyone know our legs aren’t half the height of continental ones. I was looking for a crane to carry me over.  I learnt quickly the only way to get bike over the second board was to violently bop it off the ground (that’s a technical CX term) and bounce it over the Brandenburg gate.

And it’s from here I get a bit vague.  The woods were dark and so were my glasses, so I just followed wheels and when there were no more wheels left for me to follow I just followed tyre tracks.  Tyre tracks around trees, tape, descents and drops.  The course was just so nicely technical and I’m proud that my bike and I didn’t come a cropper more often than I should have.  Riding my ‘Hennessy’ 1970’s French CX bike was a good choice, but I hope I can get a bigger front tyre than 700 x 30 for the next time; many the turn – more often the ‘Je Vous Salue Marie’. 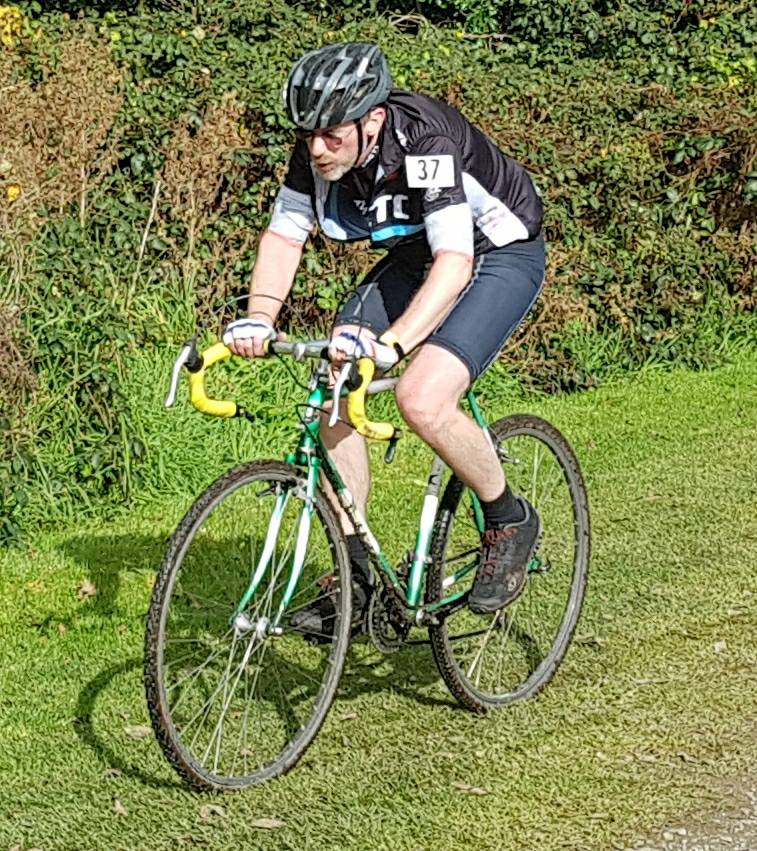 Later, on advising an ‘A’ racer comrade on these slips and potential spills I said ‘believe in the bike’.  “Believe in the rider” he retorted.  An interesting contrast I thought.  Incredulity might have been stretched too far then had I suggested my belief that our Clare friends had recruited the Troll cast of Frozen to populate the forest.  Everywhere I looked there were boulders, even the small ones seemed boulders and they looked, as the Disney bio goes “overbearing, loud, meddlesome, inappropriate, and heavy―really heavy. But they mean well and love well.”  That’s all very well until you hit one I’d say, and maybe it was that belief which carried me through the worst of the maze, but I’m sure had I fallen off  I would have felt a bit silly too had the Trolls carried me away, in song of course.

Others, of sound mind, will more accurately portray the dips and dives of the course, but there was one particular cliff I’m proud to say I rode each time and only fell off only once.  Sadly the onlookers were out in the sunshine of John O’Sullivan Park, observing the riders and maintaining their fading suntans.  There they witnessed riders, bruised, bushed and some bloodied, blinking into the daylight, trudging their way through sodden grass, heads bowed like cattle herded to the mart, and to make matters worse they even had slats.  But what’s this, a reprieve?  The bullocks escape on to the pavement and rush for gear levers and freedom. Short lived, alas, as the footpath to grass embankment half pushes-half pulls our weary beasts back through tape town and around to the start-finish line again, and again, and again, but whence I still do not rightly know.

So, with many thanks to Burren Racing Team, we returned home.  While we may have broken no records and just three of your marker stakes and one piece of tape, in the words of one tired son we patercipitated in the Munster CX league and he wants to do so again.  Now that’s a result that matters.

Delighted to be part of it. Dmitry, my 12 year old son, END_OF_DOCUMENT_TOKEN_TO_BE_REPLACED

Great weekend folks. First one for me, wont be the last and END_OF_DOCUMENT_TOKEN_TO_BE_REPLACED

Just wanted to say thanks for last Saturday, really enjoyed the day, END_OF_DOCUMENT_TOKEN_TO_BE_REPLACED