I love it when a plan comes together 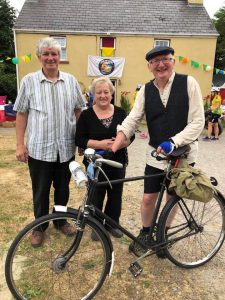 One year ago, a cracked cycling unit was convicted in Kerry by a military court for a crime against the Carbonistas regime. These men bicycled the Ring of Kerry on high nellies and escaped the Kingdom to the underground. Today, still wanted by the “com-mit-tee”, they survive as wheels of fortune. If you have a problem, if no one else can help, and if you can find them, maybe you can hire… the iAn-Team. 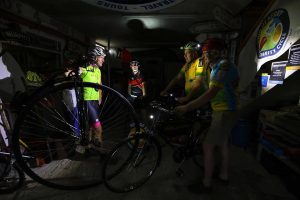 ——————————–
Head torches lit the shadows of B.A. ‘Butch’ Barracus’ underground basement where the combined arsenal of The iAn-Team had been stored safely for the morning assault on a dastardly force, 108miles strong. Amongst the hushed assembly were Colonel ‘Handrill’ Coffey, Aidan ‘Face’ Bergin and Mick ‘Murdock’ O’Connell. Colonel Handrill laid out the plans as Face selfied, Murdoch, absolutely out of his mind, was up for the fight. As for B.A. Butch, he just growled “I’m not going up on that thing”. “Oh, come on B.A. you can’t ride a Penny Farthing on the Ring over two days” soothed Colonel Handrill, “it has to be done in the one”. The Colonel and Face exchanged knowing looks.
The iAn-Team, a rogue platoon of cracked cyclists, had returned to Kingdom to proclaim the name of the Ian O’Connell Trust, and put another one over the carbonistas. The Colonel’s plan was perfection. The plan was to arm themselves with vintage weaponry, return to the scene of the crime and clear their names – or at least explain themselves (especially to their wives). The Colonel was on the look-out for allies for the cause. He made a call to ‘Contact’, a fellow mercenary.

“I need six nellies, with riders. Three tweed waistcoats, plus fours and a dozen bicycle clips”. Contact made notes. “Do you have anything fast?” inquired the Colonel. “Sure do” said Contact, eyeing up a dust covered Dilecta la Blanc in the back yard, “fast in a ‘1929 Tour’ kind of way”. “And men”. “The best (they just don’t know it yet)”. Contact knew he could only deliver four, maybe five of the six bikes so he brought the conversation around to a new weapon in the armoury. “Mercian. Untested, yes, but three wheels in the hands of the right man Colonel…” “Do you have the right man?” “I AM the right man”. Unbeknownst to them, Contact had just signed up OldVelos to The iAn-Team’s cause. Whatever about The iAn-Team, these lads were hardened wingnuts. 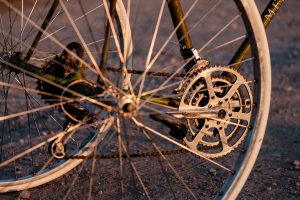 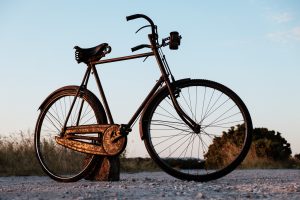 Ger ‘Mac’ McCarthy – a veteran of battles – was impatient to get going; Pierce ‘Mills’ Boland would never have surrendered; Peter ‘Pretty’ Meaney could tog out as a scarecrow and look dashing; Brendan ‘Capall’ Coakley was chomping at the bit; Seamus ‘Talk in the Tea’ O’Driscoll was making speaking notes on the artillery. ‘Contact’ was always toying with his trike, reloading his cranks and optimistically avoiding thinking about the pitfalls.

As dawn broke the raid commenced. B.A. Butch exploded onto the route, shadowed by Hugh ‘High King’ O’Donnell who occasionally fired off some flashes from the front line. The Colonel and Murdoch held back so B.A. wouldn’t be too conspicuous. Mac, Mills and Capall mingled amongst the public as if it was perfectly normal to have vintage steel weapons by their side. Pretty stood stony faced as Murdoch’s brave son upstaged him, Ianspiring the great, the good and God. Despite their armoury Contact and Talk in the Tea, joined by Face Bergin and John Comhairle O’Donoghue remained Iancognito.

So far nobody expected the ambush, apart maybe from the 7000 cyclists. It was all truly under wraps, except maybe from the 5000 video hits. Nobody knew anything, other than the multitude of generous donors. The denizens of the Kingdom were splendidly unaware, outside of the flags, posters, newspapers and bunting. The iAn-Team and OldVelos were basking in their glory. All the time unaware of being tracked in the crosshairs of a local sniper, the Snapper O’Sullivan. If that wasn’t enough she was being backed upped by Adrian TV McCarthy. Were our heroes doomed?
Halfway through their assault Colonel Handrill, Face and Comhairle caught up with B.A. and the High King. The iAn-Team were nearly back together, with only Murdock AWOL. The OldVelos formed a rearguard, skirmishing in Cahirciveen, then Waterville, then Coomakhista, Kelly Cross (sure why not) and would have been found slumped heroically in a ditch if not for serious rehydration courtesy of D. O’Shea, Sneem. Eventually, well back in Killarney, the iAn-Team rambled home to rapturous applause and the sound of gnashing teeth from those whose tin foil bikes were foiled again. 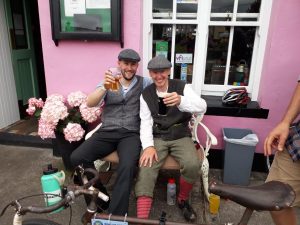 Mercifully, Murdock was found before midnight; Face is expected to be back online sometime soon, Colonel Handrill doesn’t know it but Contact has plans for him and B.A. Butch has overcome his fear of heights without the use of drugs. God love us all if he was on them. And Ian? Ian is sixteen. A whole life ahead of him. Not how he expected. But he has shown us there is a very brave, capable and courageous ‘I’ in Ian. OldVelos were honoured to be part of his team.
——————————–
Tune in next week (or now) to see the Snapper O’Sullivan’s slideshow, or better still donate to the Ian O’Connell Trust here: https://ring-of-kerry-charity-cycle-2018.everydayhero.com/ie/oldvelos-rok-for-ian-o-connell 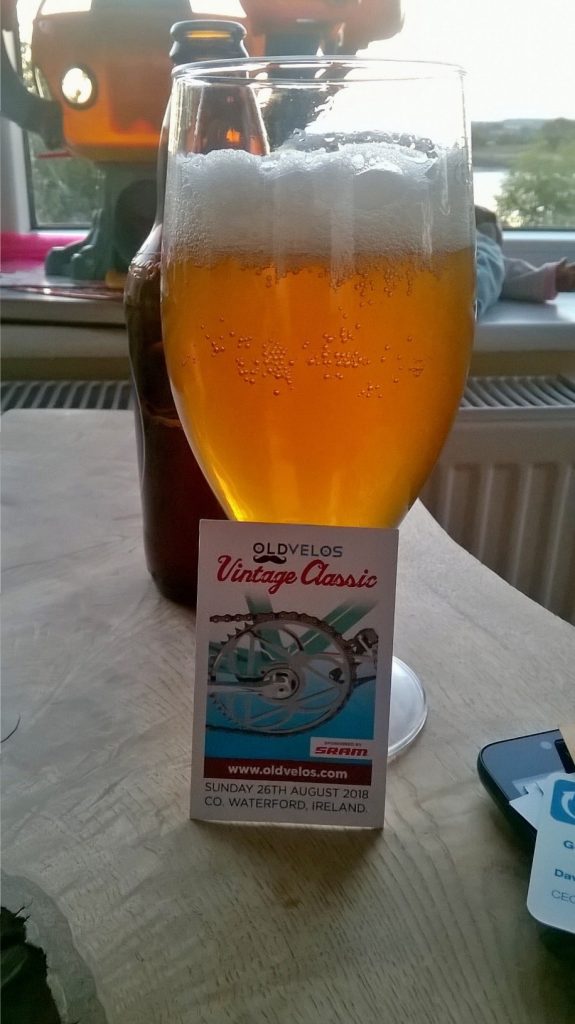