April Week 3 – Entry for ‘Bike of the Month’

This weeks entry for the ‘Bike of the Month’ award is this flamboyant Pinarello from Nial Darragh. I sure you will enjoy it and also join us in wishing him a ‘Happy Birthday’ (17th April)

This Pinarello Prestige has been repainted by Ger Conlon in Cork. I rebuilt the bike with all the original components which are period correct .

This Bike is 54cms and is constructed from Columbus KL tubing which is extremely light . It has a Campagnolo Super Record Group Set with pantographing on most of the components . All cables are internally routed which was exceptional at the time. The wheels consist of Mavic MA40 rims with Panaracer Pasella 700c x 25 Amber wall tyres . Turbo saddle and Cinelli Bars and Stem.

I discovered that  some Italian bike builders used the type of fork  that is on  this Pinarello up to the end of the 70’s . The flat fork crown was replaced in the early 80’s with a sloping fork crown  and this is the reason that I believe that this Pinarello Prestige was built in the very early 1980’s . 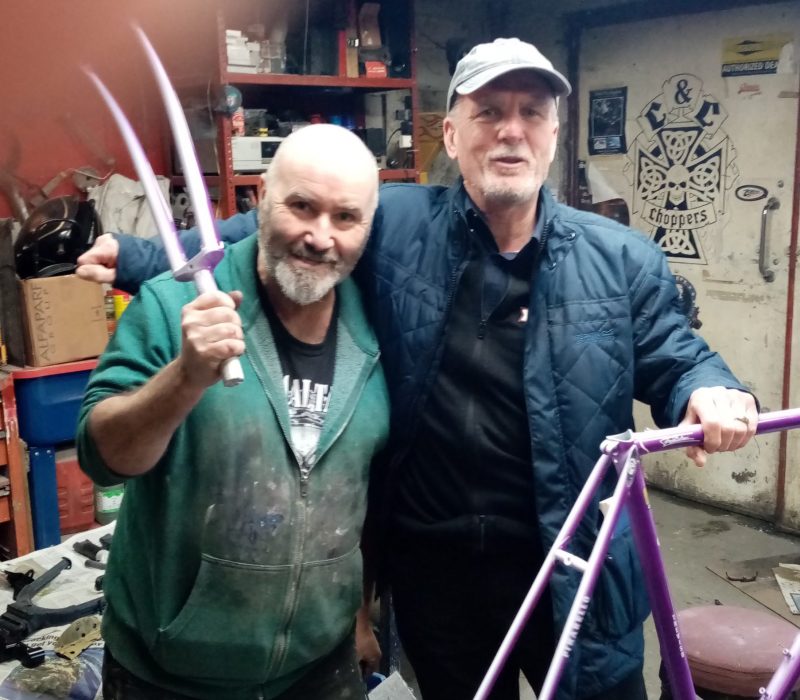 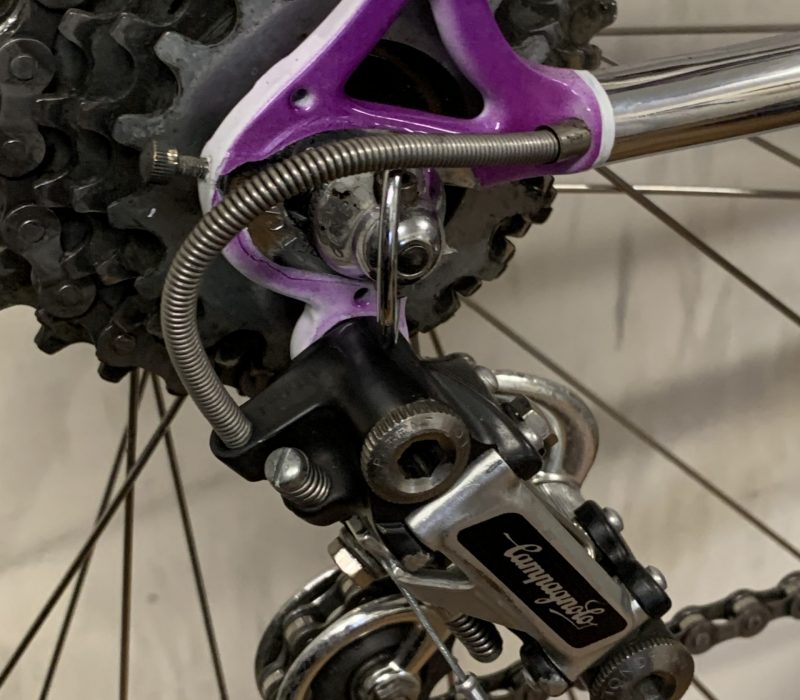 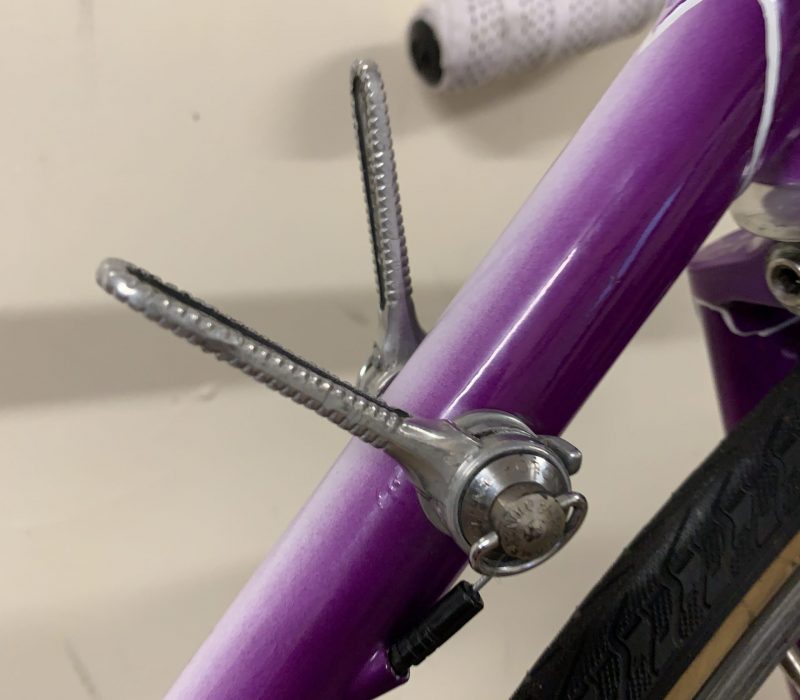 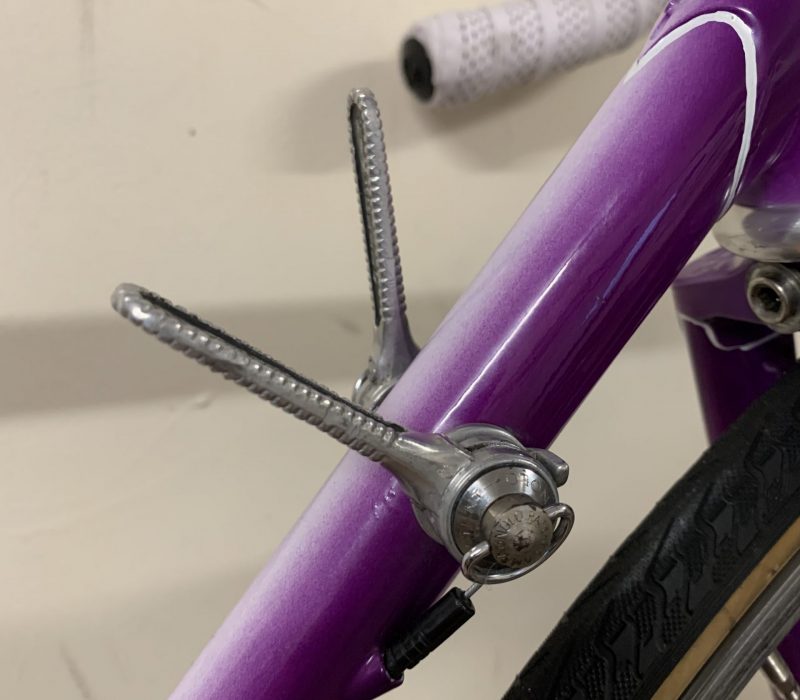 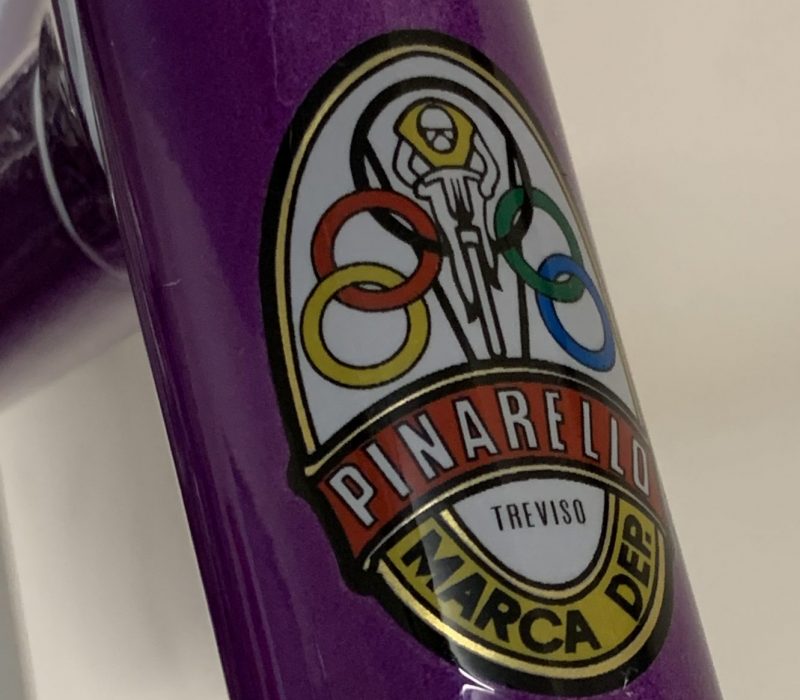 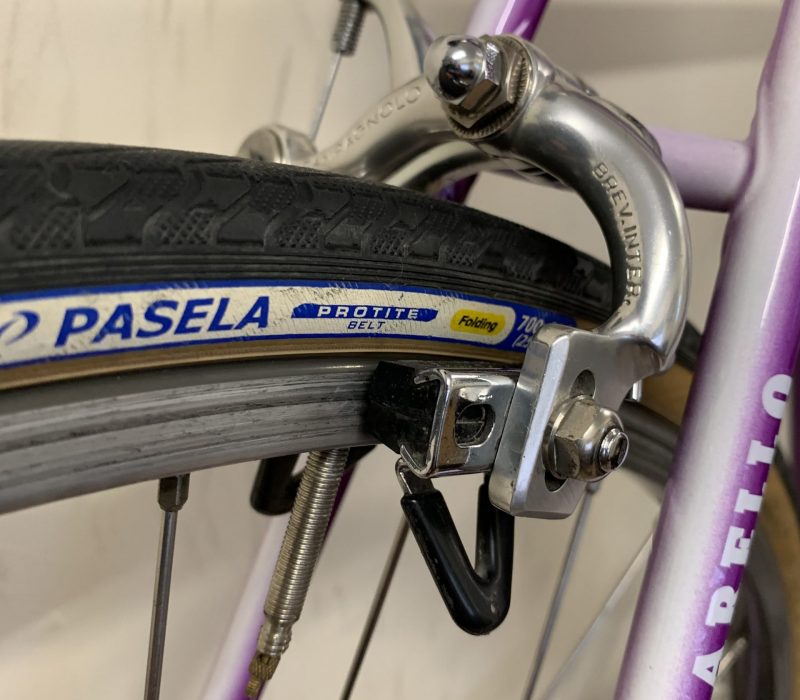 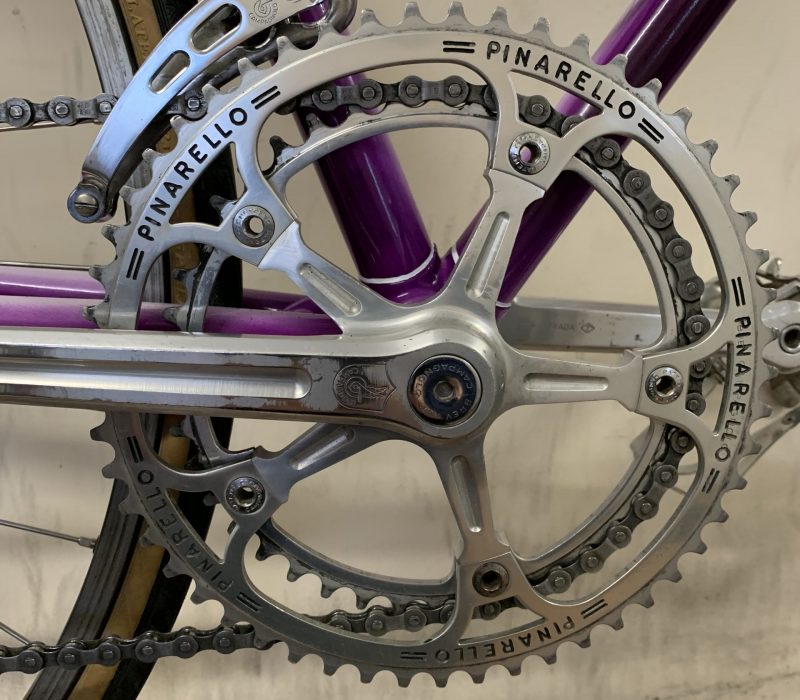 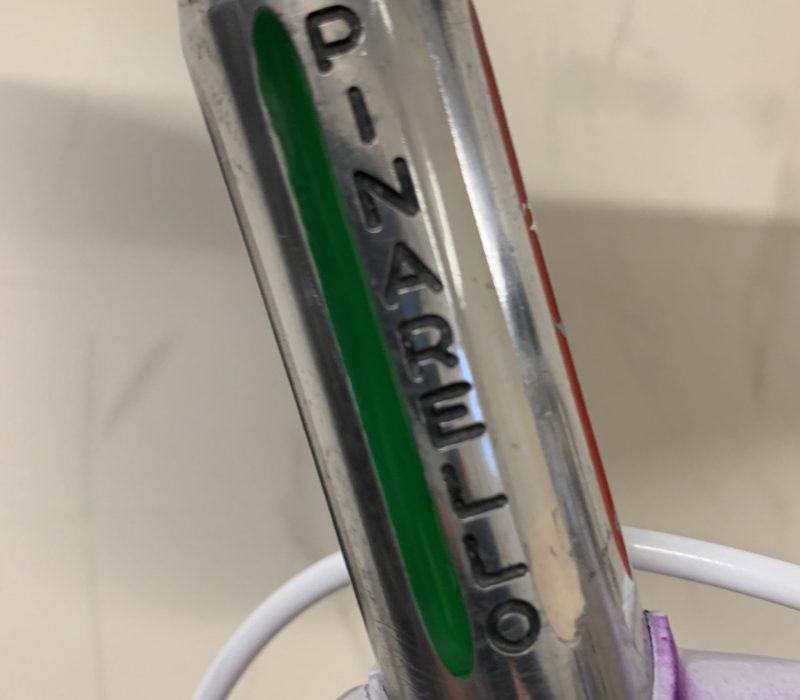 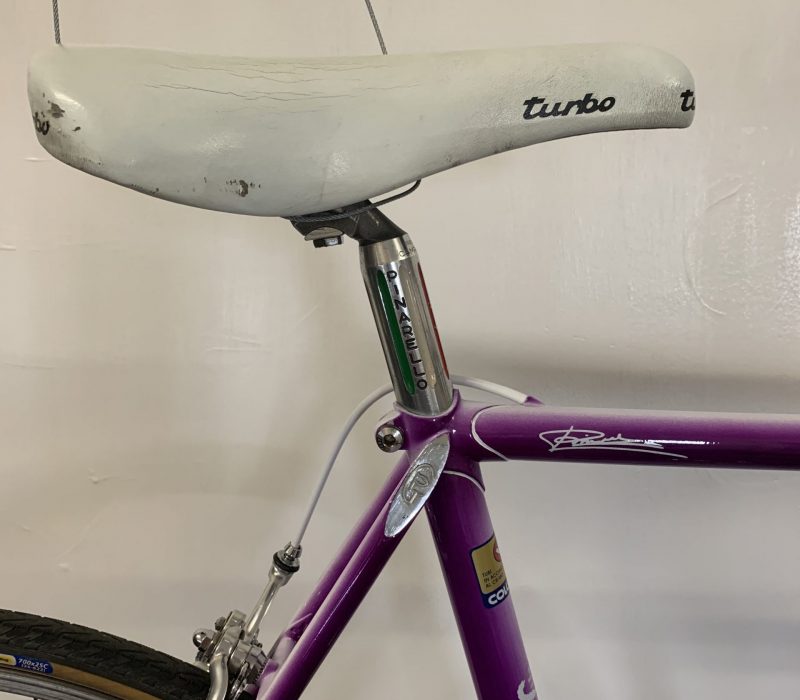 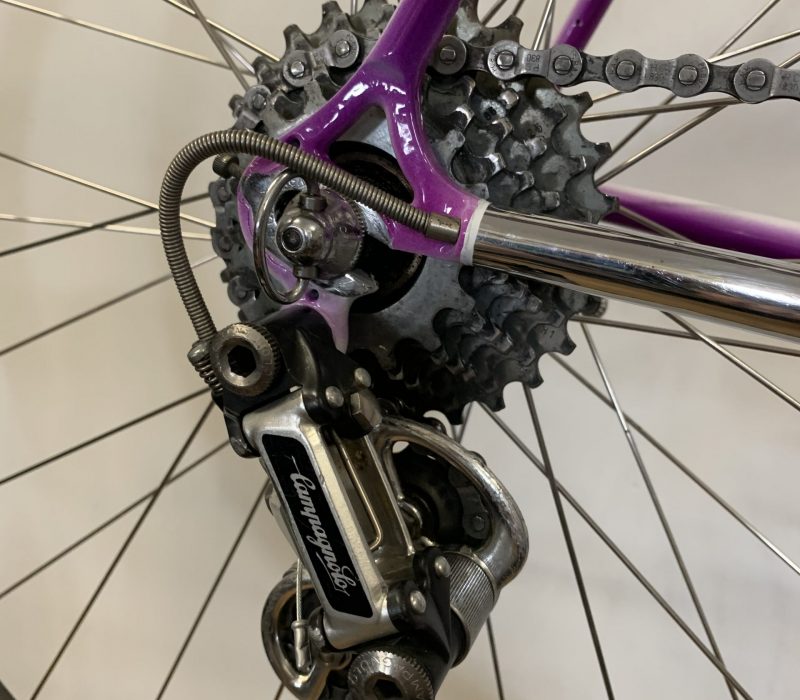 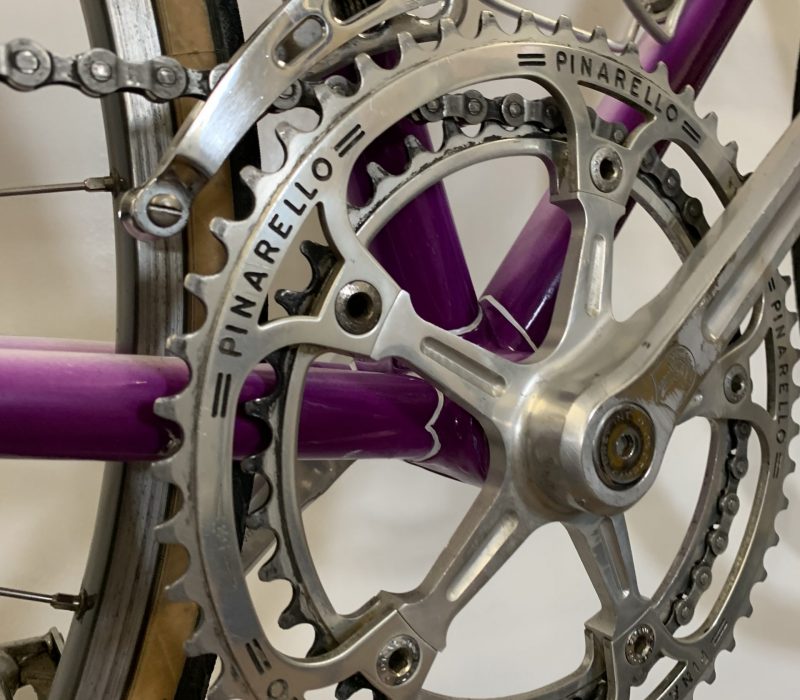 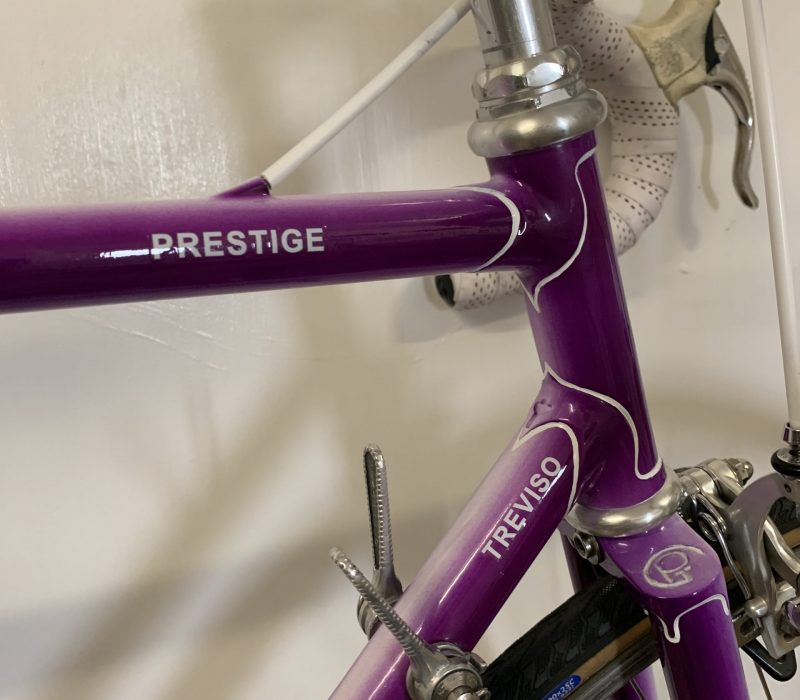 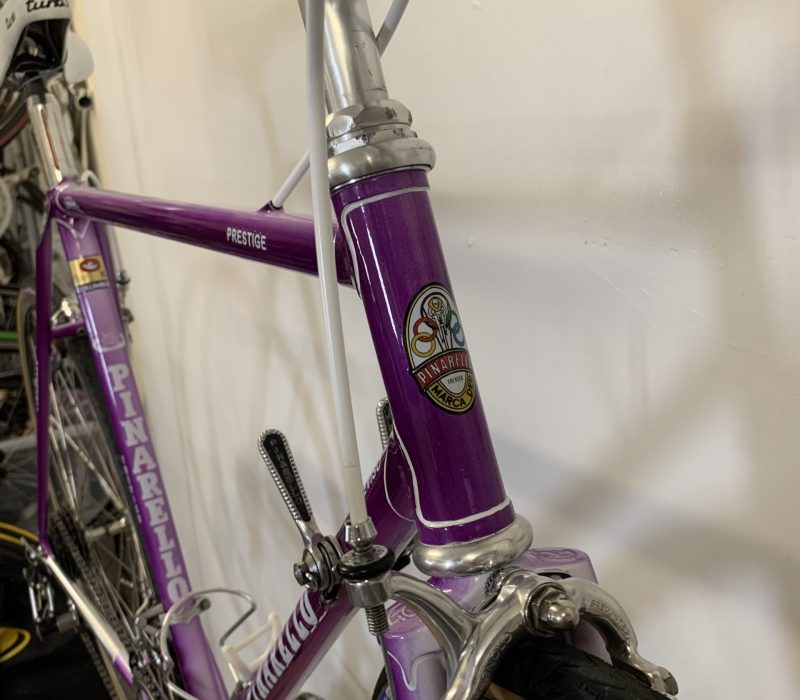 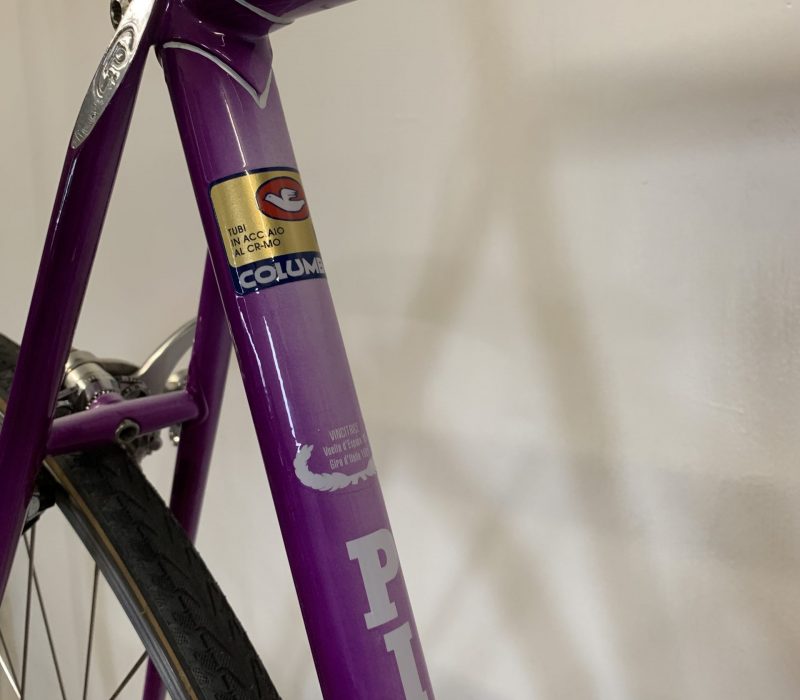 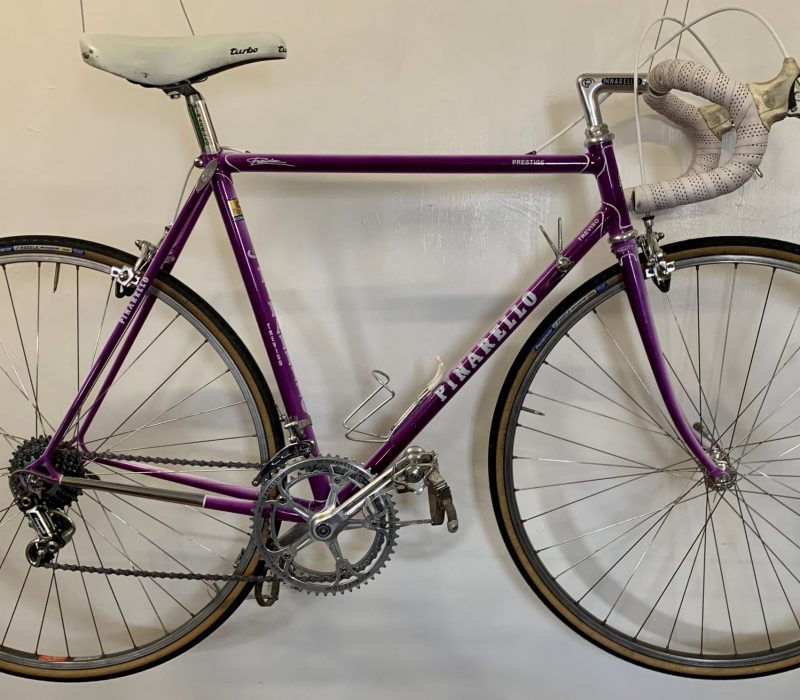 Click on the image above to order your signed personalized copy of the book direct from the Author and avoid the middle man!