August Bike of the month is unusual and somewhat mysterious and nonetheless beautiful and interesting. The sort of bike you wouldn’t object to spending time with and getting to know a bit better! The owner is David Clark of  New South Wales,Australia, and under normal circumstances at this time of the he would be in his little chateaux in the Midi-Pyrenees in France enjoying the summer and possibly the Tour de France which sometimes passes close to where he lives. Unfortunately he has to now suffer the rigors of the Australian winter.

Purchased as a Columbus SL frame in 2014 for its original cromovelato finish.  There is no manufacturer identification apparent on the frame, the only markings being the distinctive stylised ‘Stork’  and L.Zappa fork crown, and L.Zappa seat stay tips.  The frame comprises a Cinelli SC (Made in Italy) bottom bracket shell and Campagnolo dropouts and over the bottom bracket cable guides.  Given the various features I date it to late 70’s early 80’s although the Cinelli bottom bracket doesn’t reflect the post 78 Cinelli logo.  There are no decals and no indication it ever had decals, which is why I removed the Campy logos from the Veloce groupset.  No online research has been able to establish the background of the frame, although it would seem reasonable to assume it originates in a country that associates with the Stork, the seller being located in Hungary.  Most likely a custom build.

The bicycle is one of those rare frames that seems to float along.

Its appearance is absolutely stunning in sunlight due to the cromovelato finish. 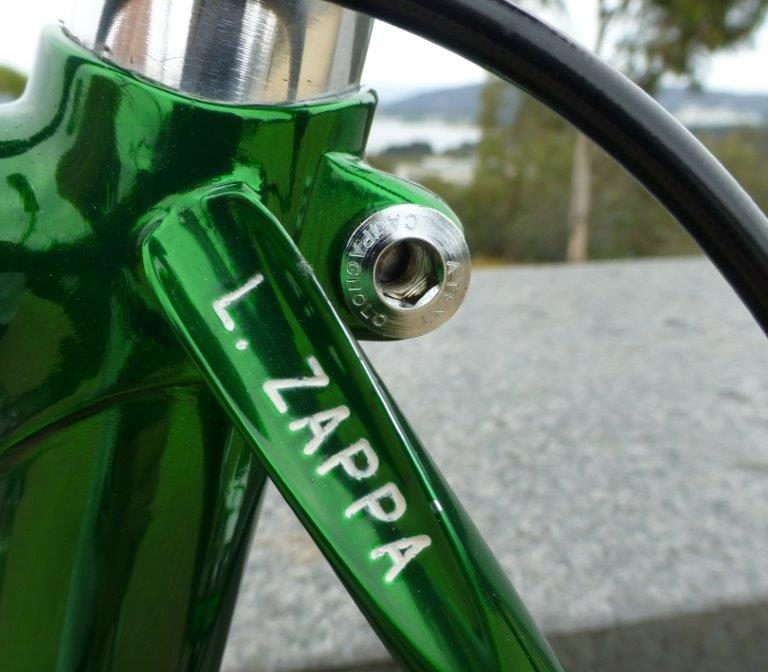 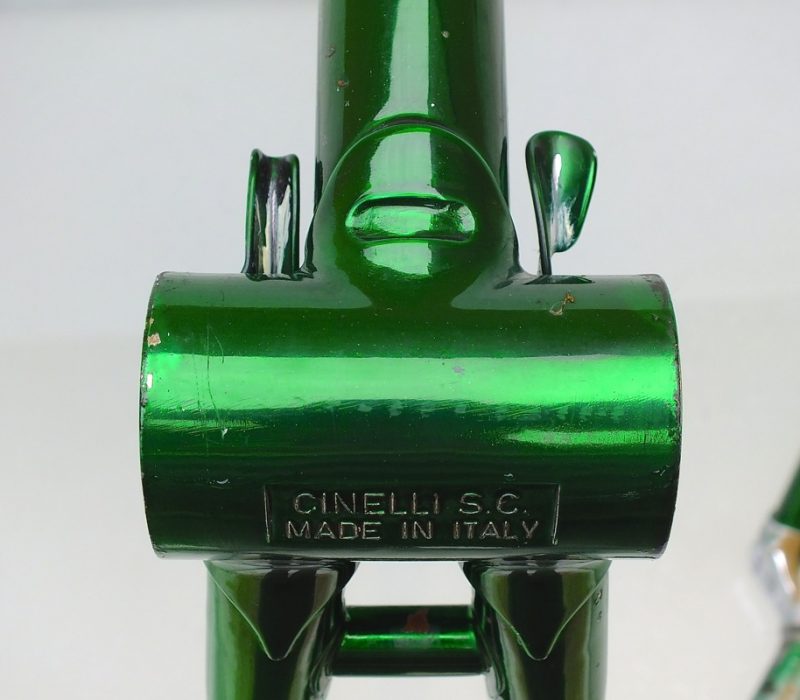 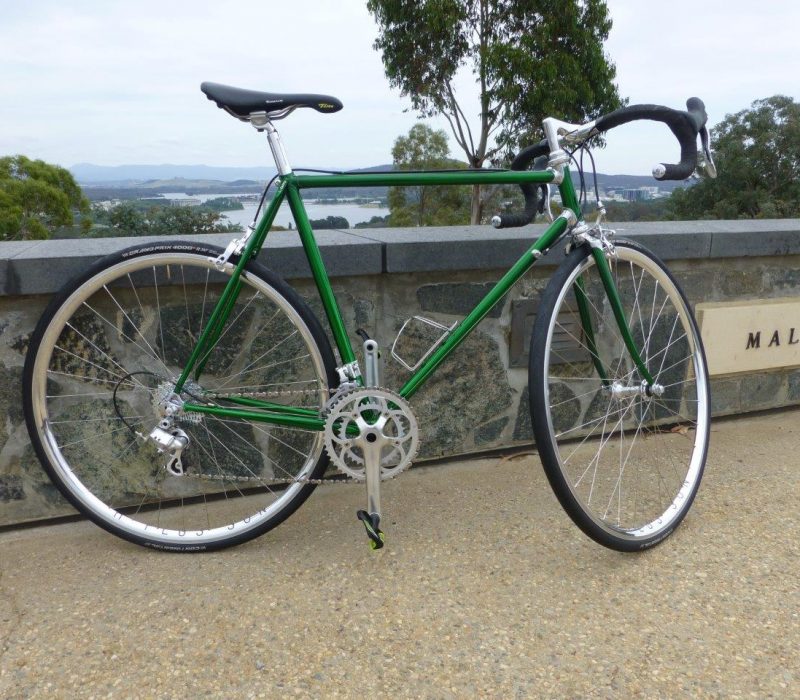 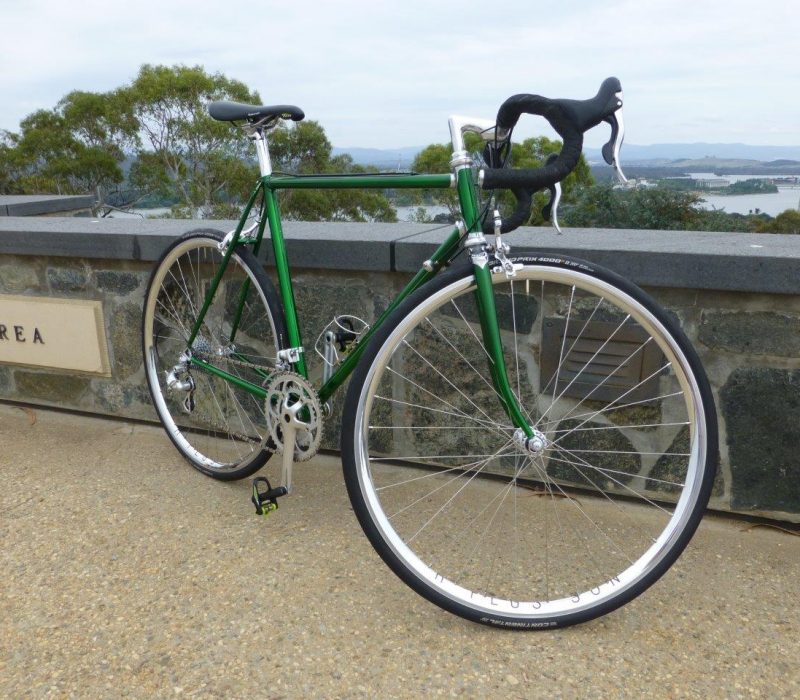 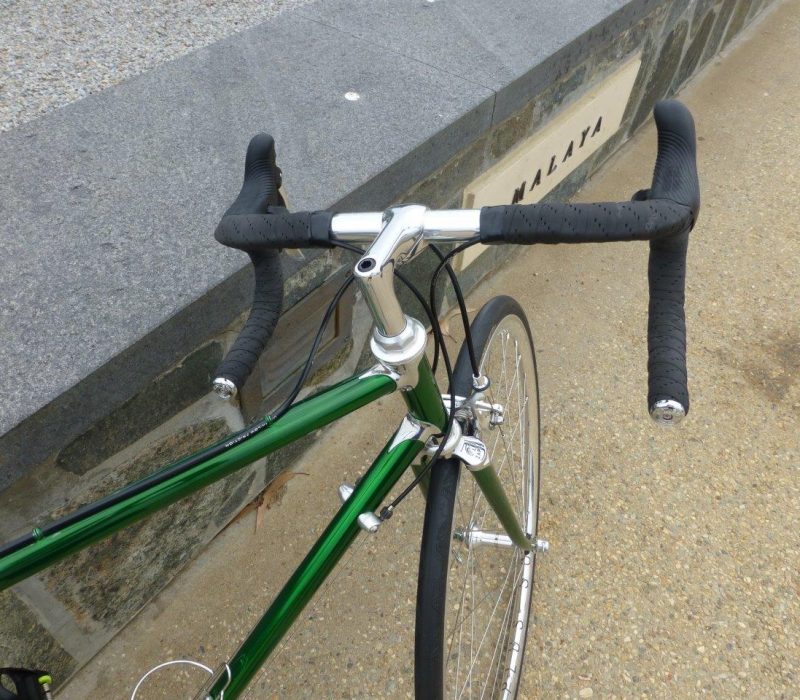 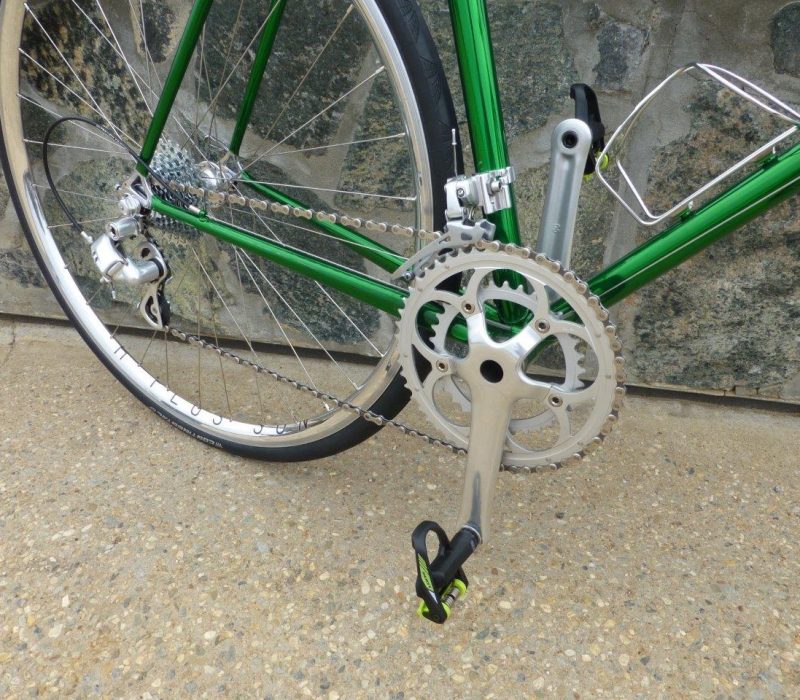 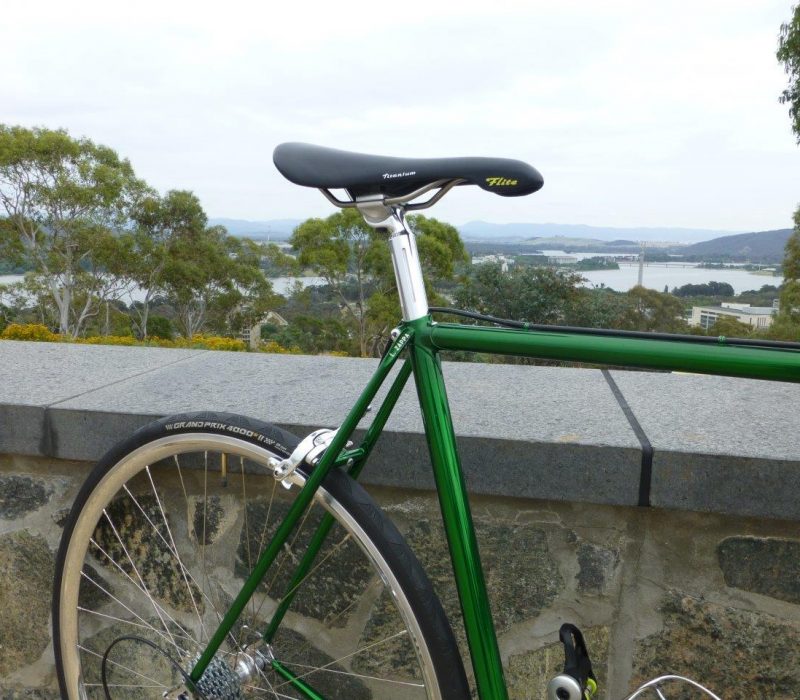 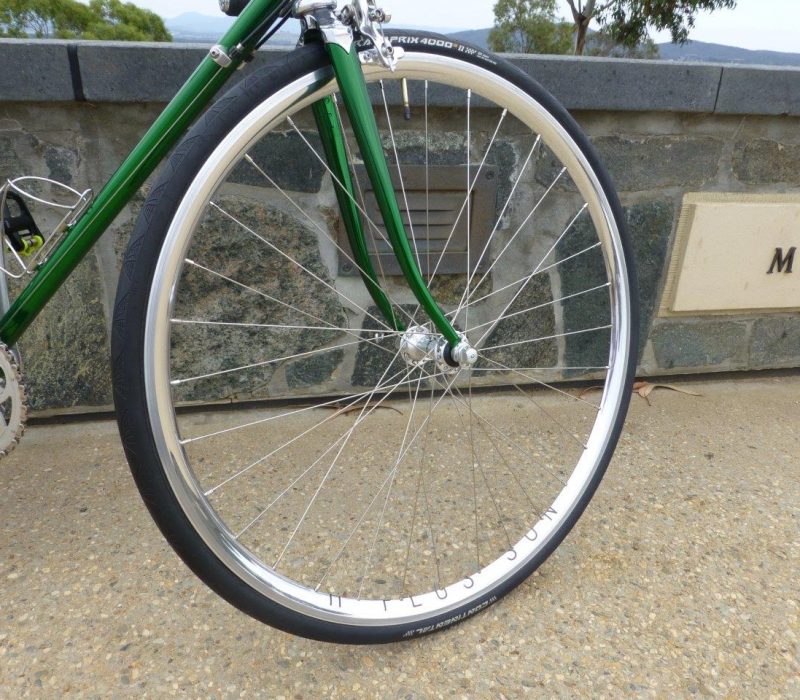 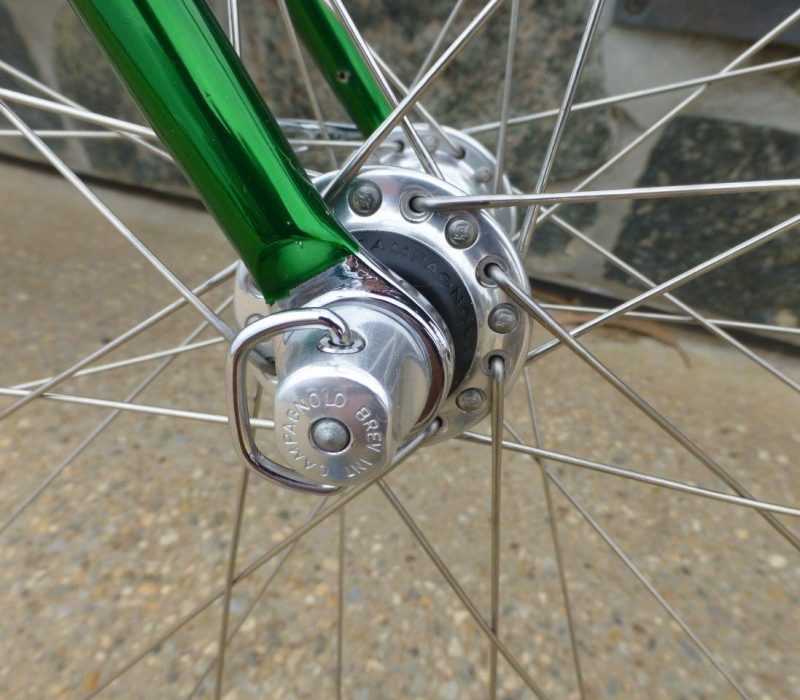 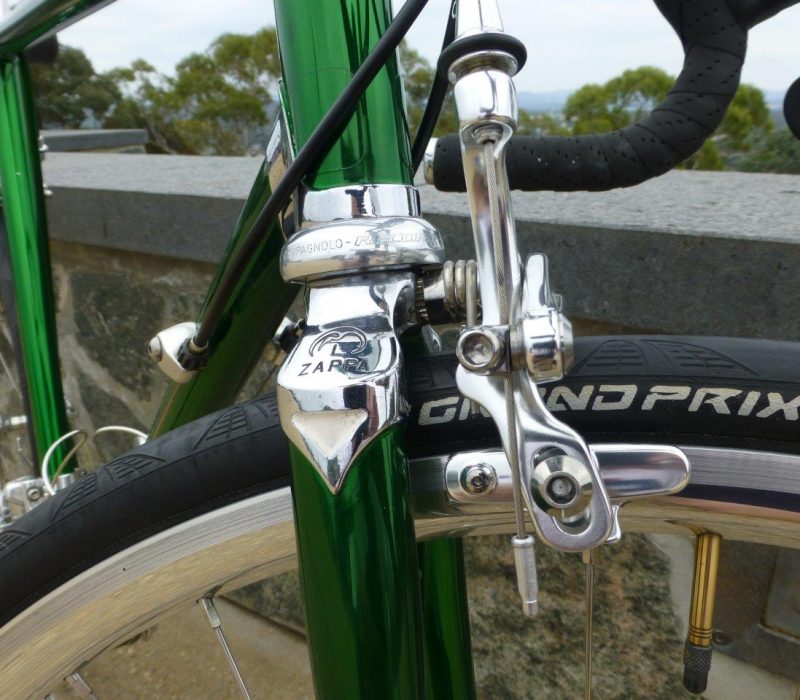 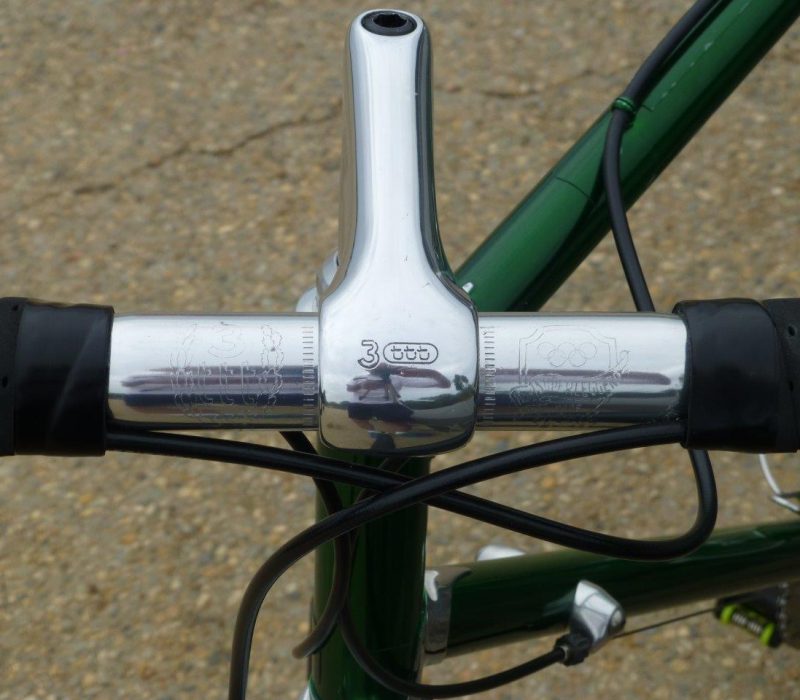 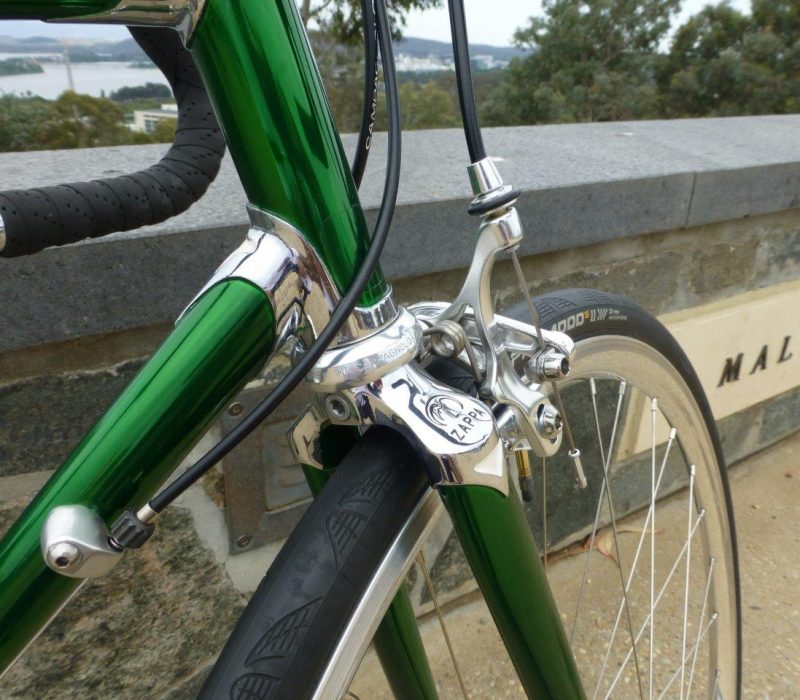 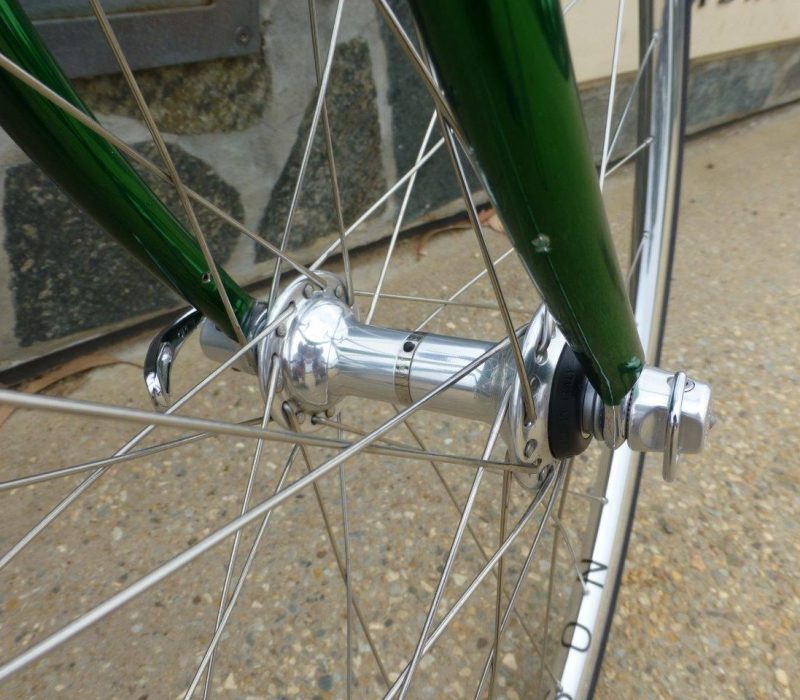 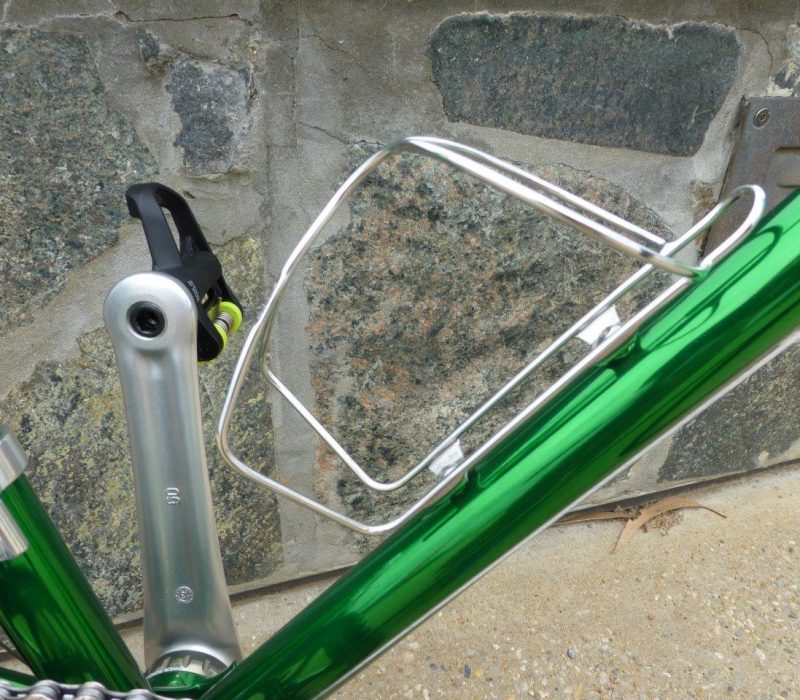 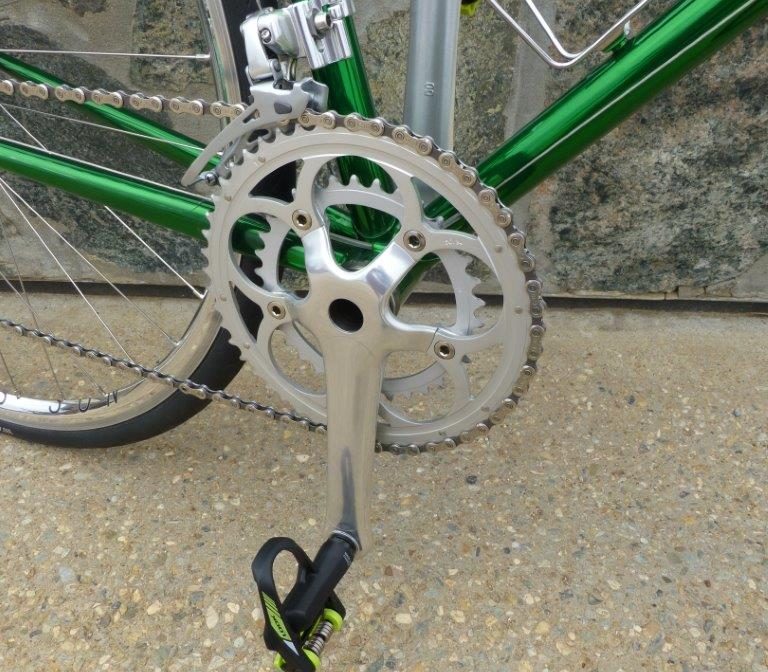 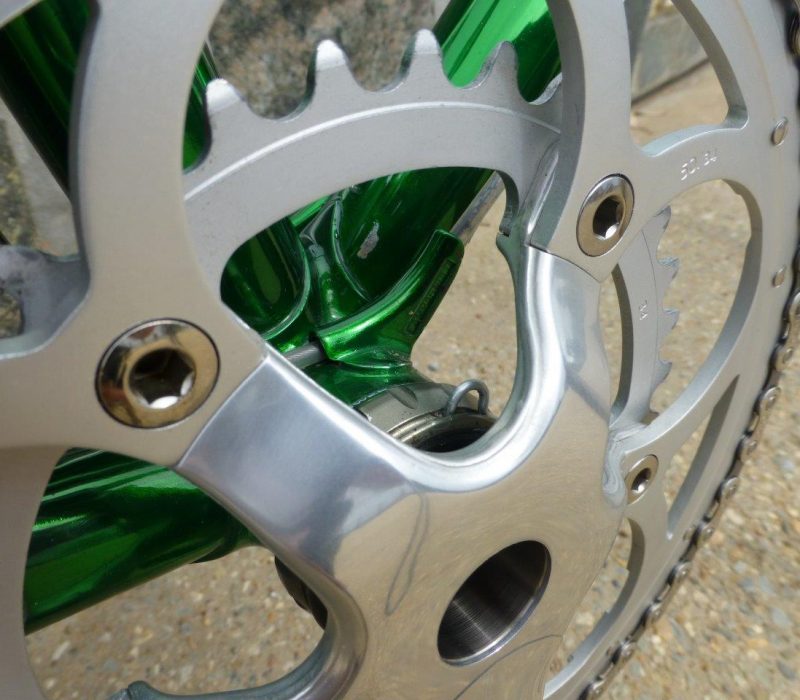 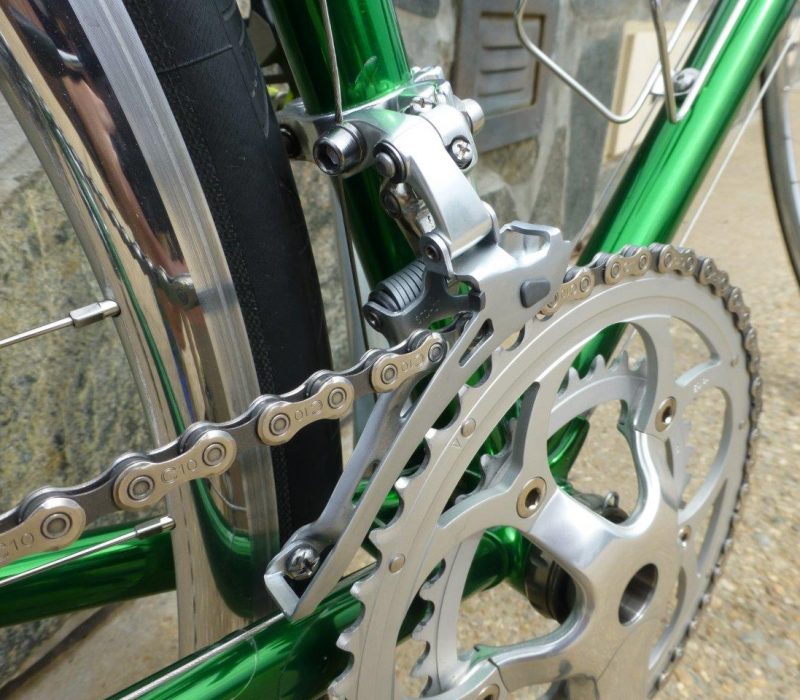 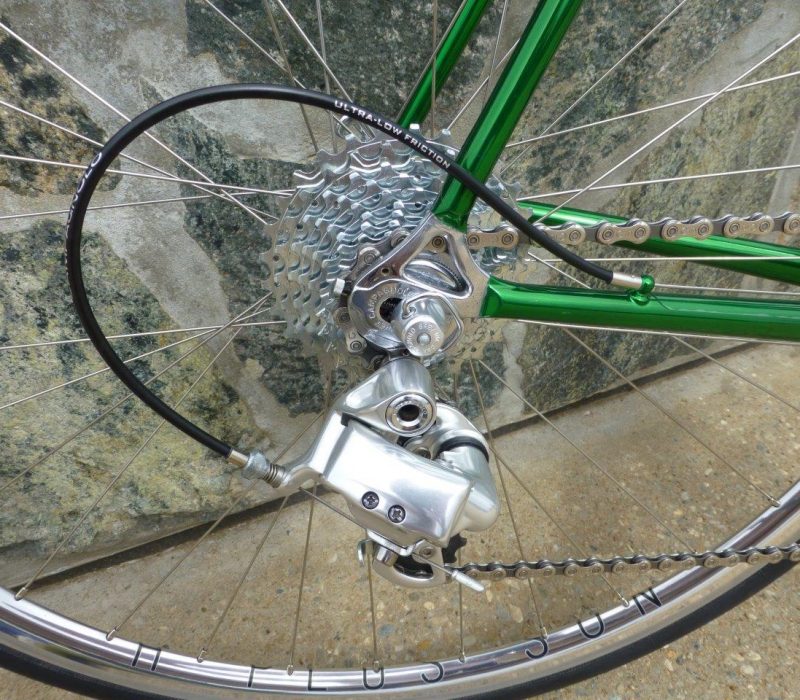 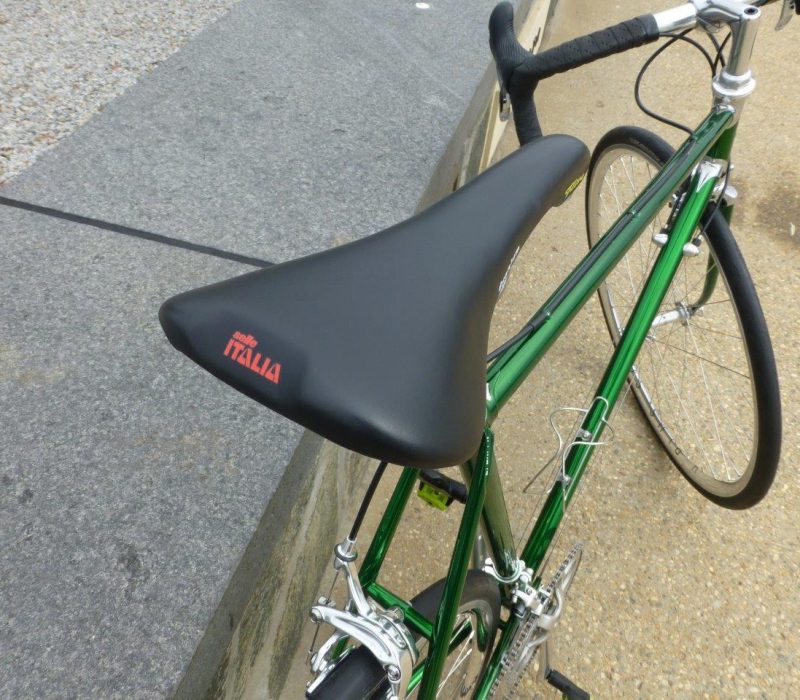 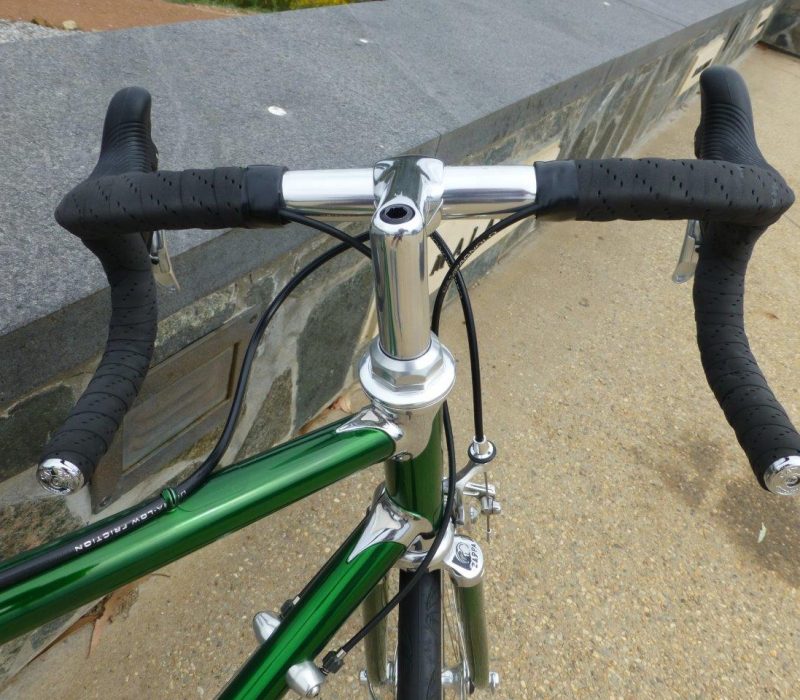 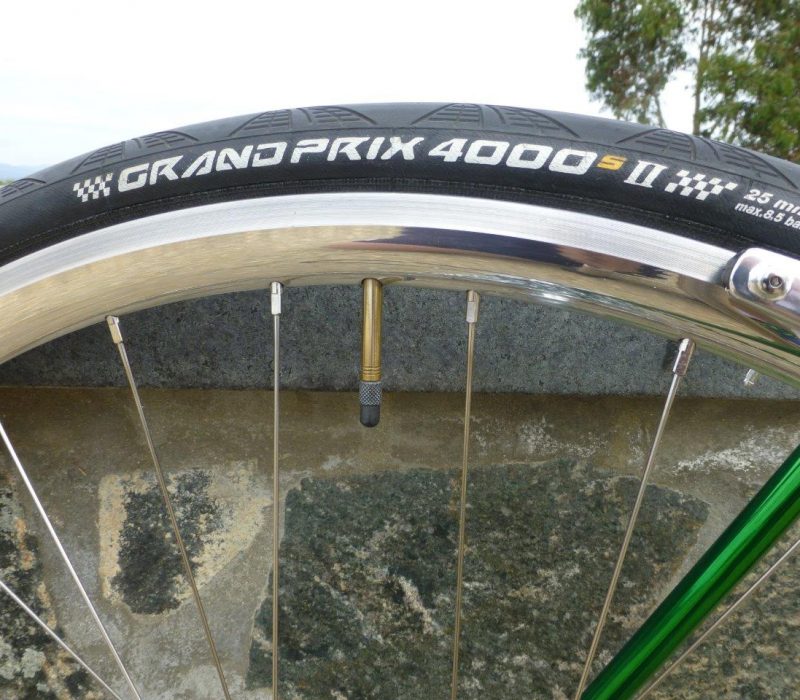 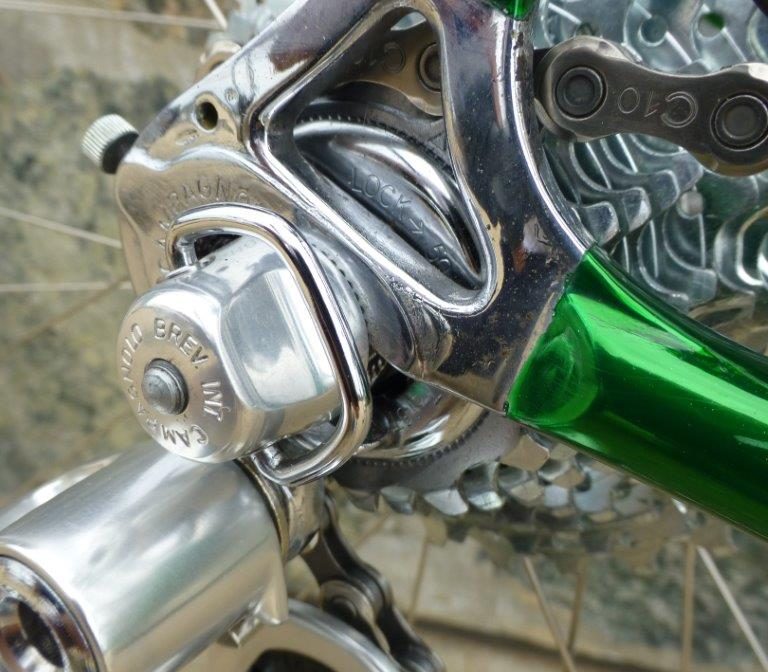 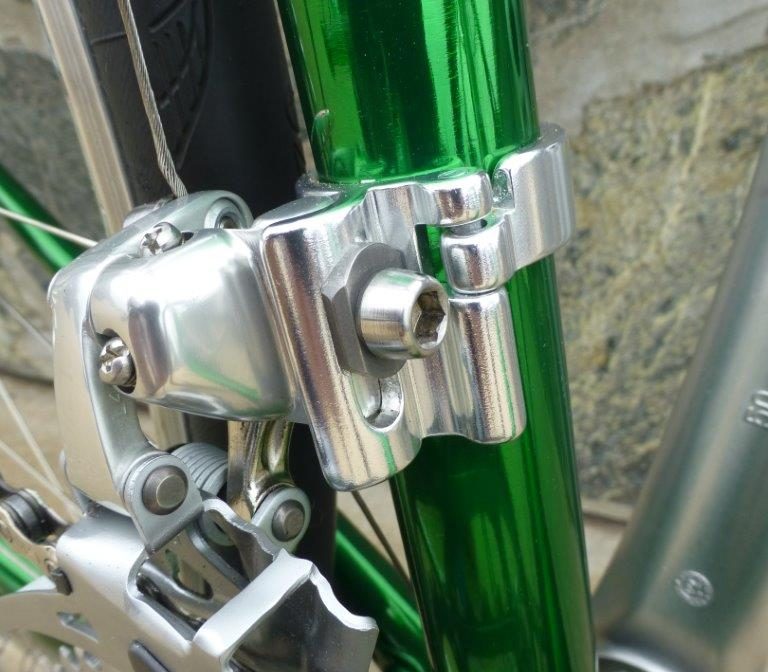 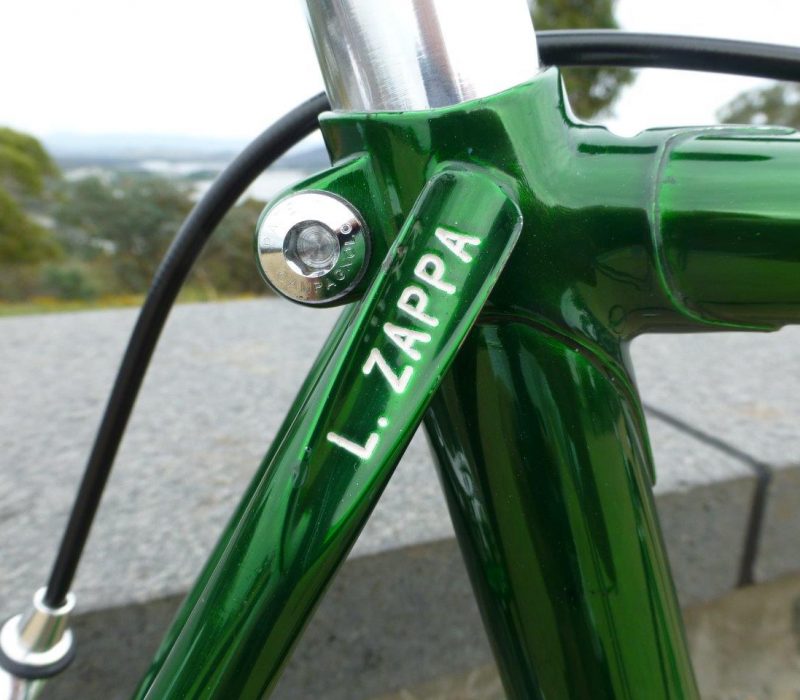 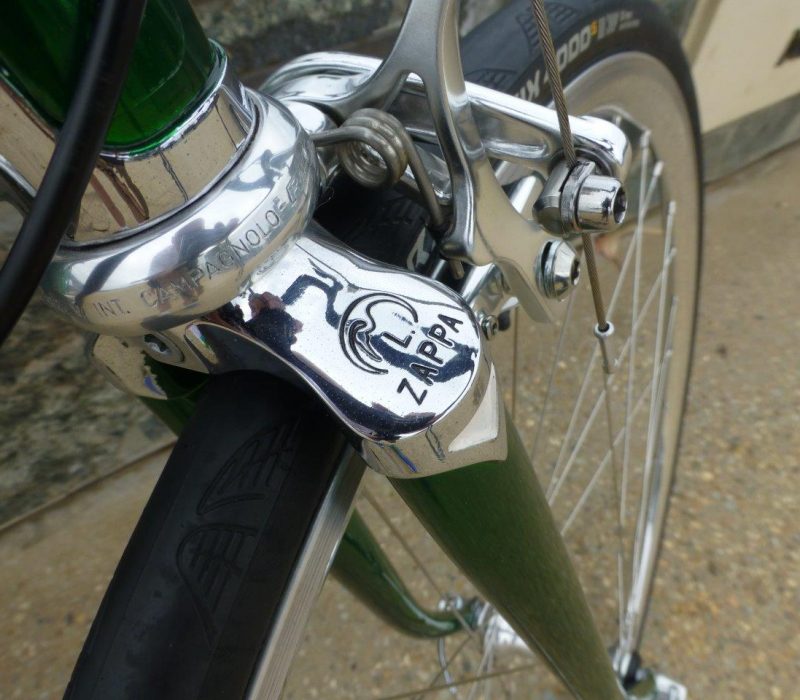 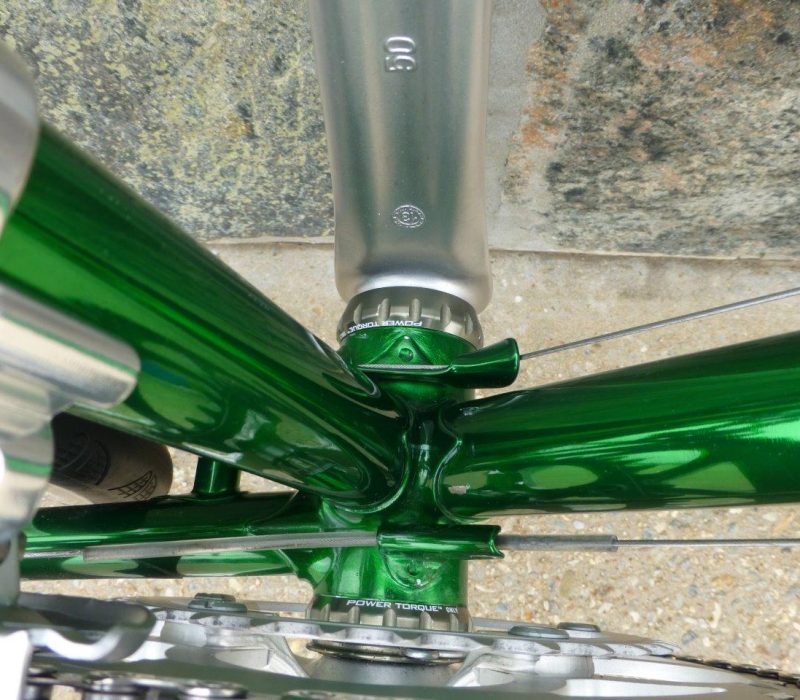 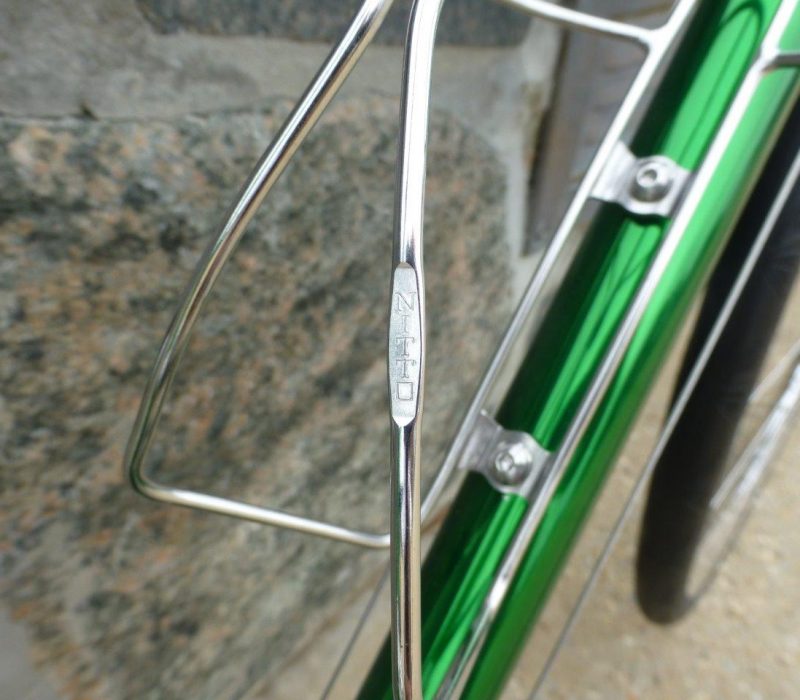 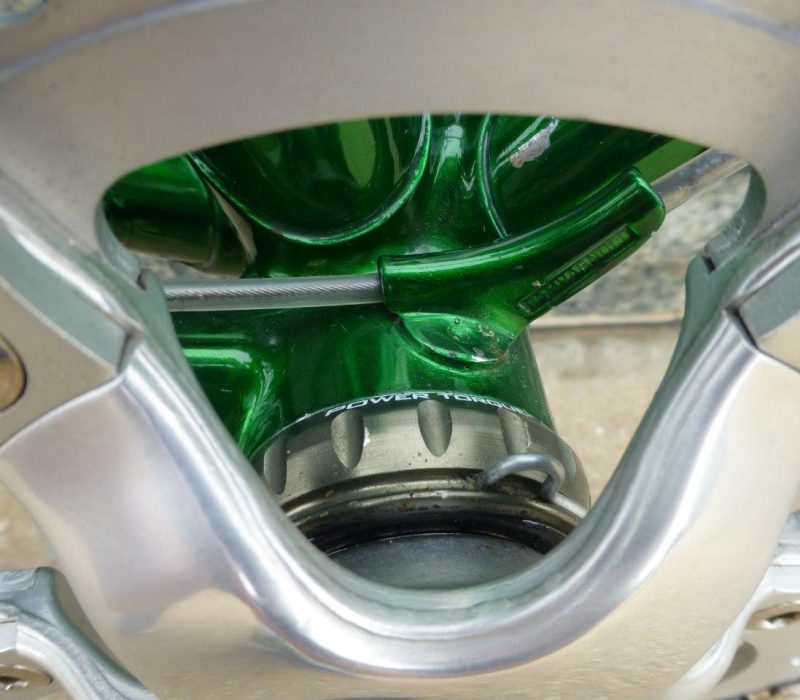 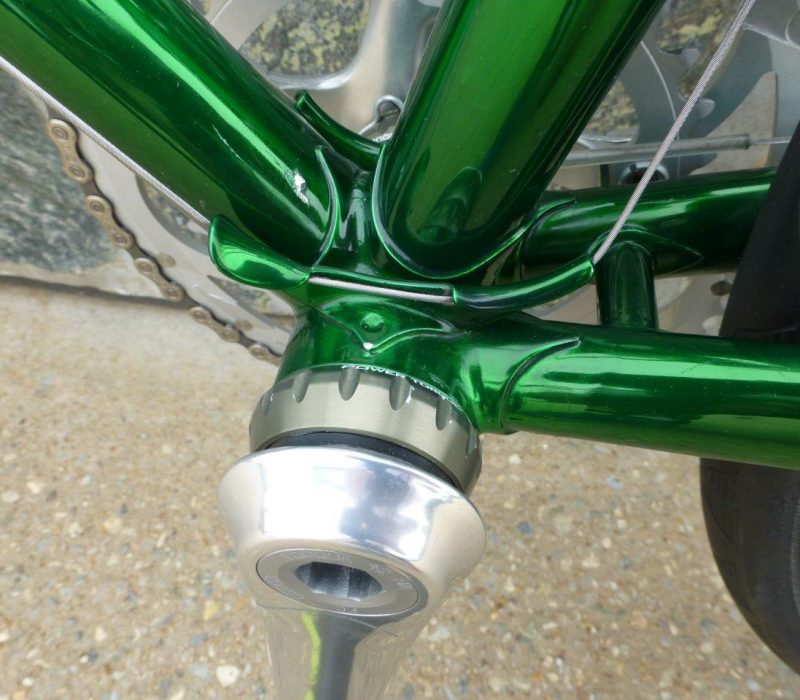 If anyone is able to shed some light onto the origins of the frame we would appreciate the feedback.

For a limited time only you can claim 20% discount on Metalman products if you click on the above logo and use the discount code: ‘oldvelos21’ at the checkout.