July’s Bike of the month is from well known bicycle photographer and mechanic Andrea Virgillito. When not out riding or photographing bikes Andrea works for 360 Cycles in Clontarf right beside the cycle path to Howth.

This bike was originally in Turin but was brought to Dublin by the owner.Dublin

Based in Turin, Italy, they use to cooperate with Galli/Stronglight.

The original shop was in different locations during their lifetime but they ended up at the workshop based in the Fausto Coppi Velodrome.

In their final years Sannino were acquired by Corratec, a German Bike company.

As is with the blue of Gios, the thick red paint is one of their trademark features.

The Super Record brake levers were modified in order to fit internal routing cables which tidies up the handlebars and leaves no loose cables. 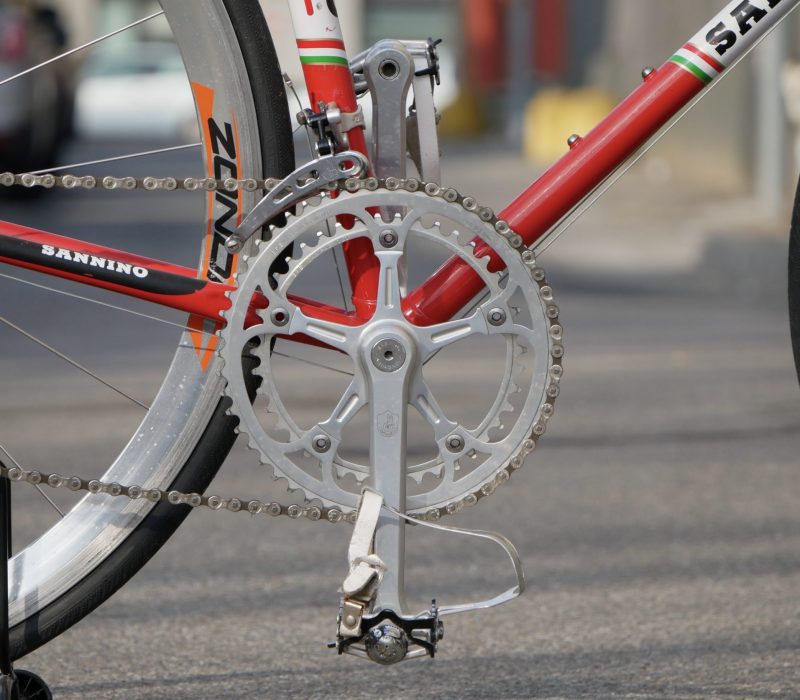 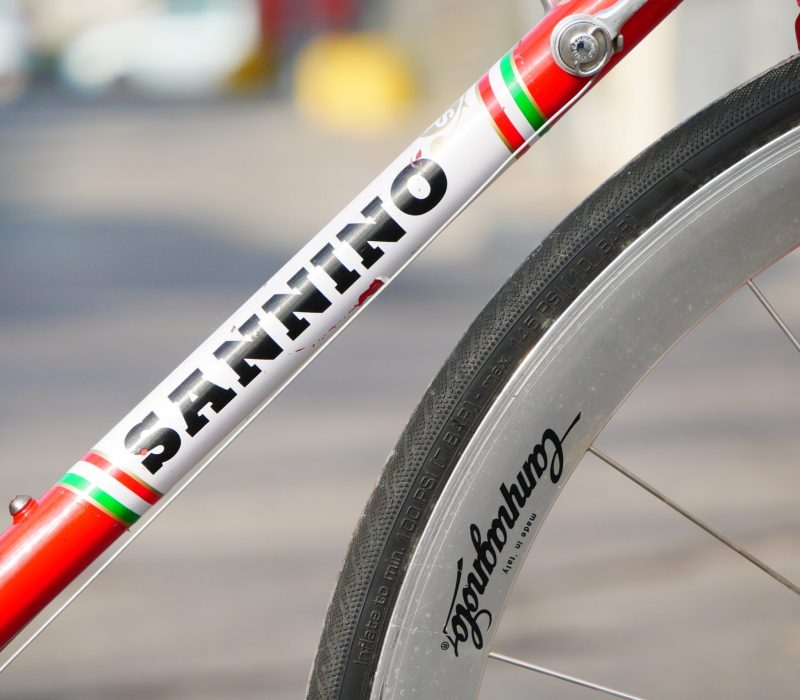 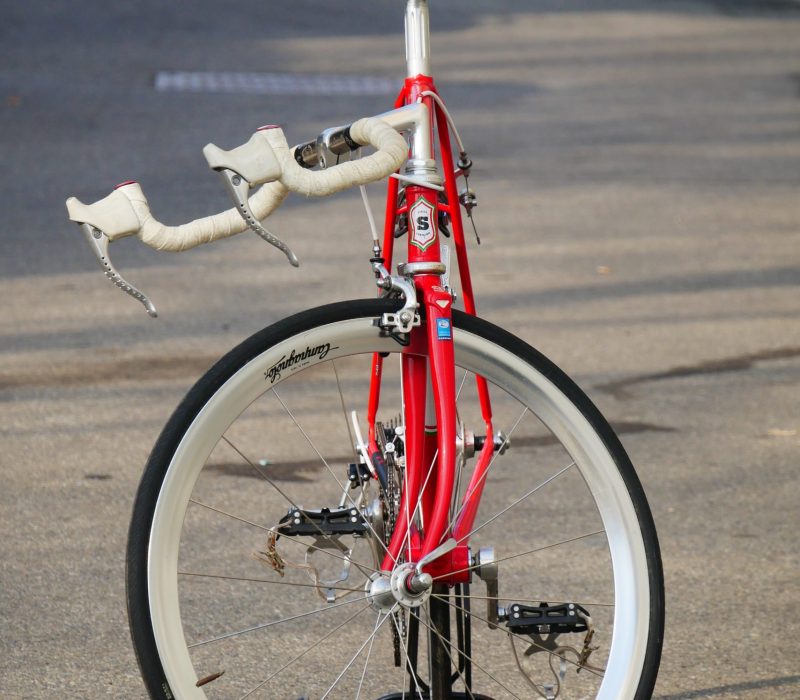 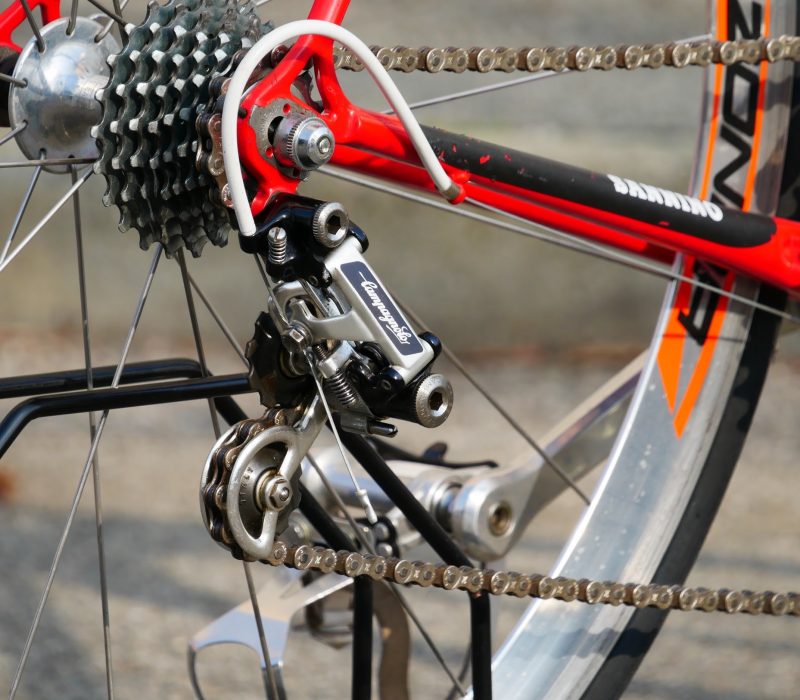 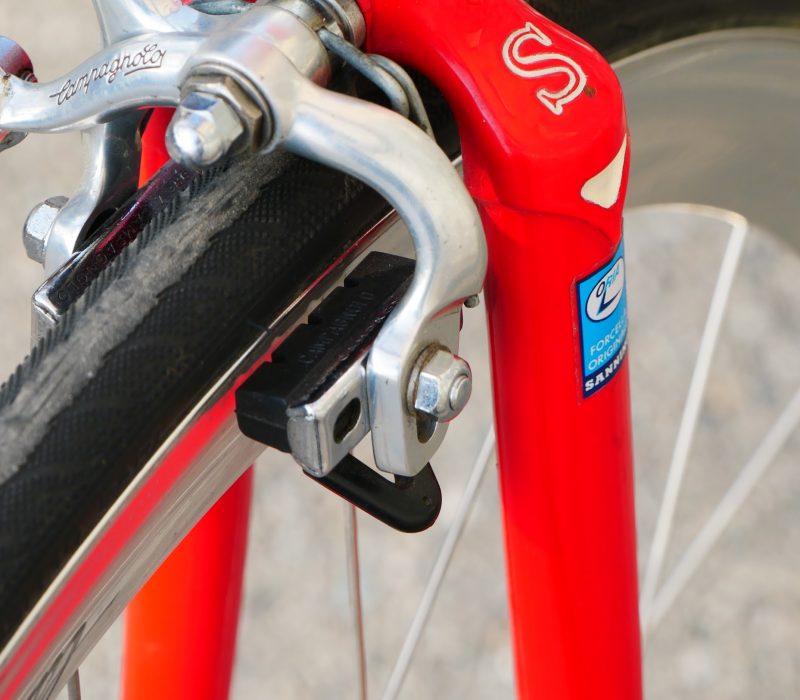 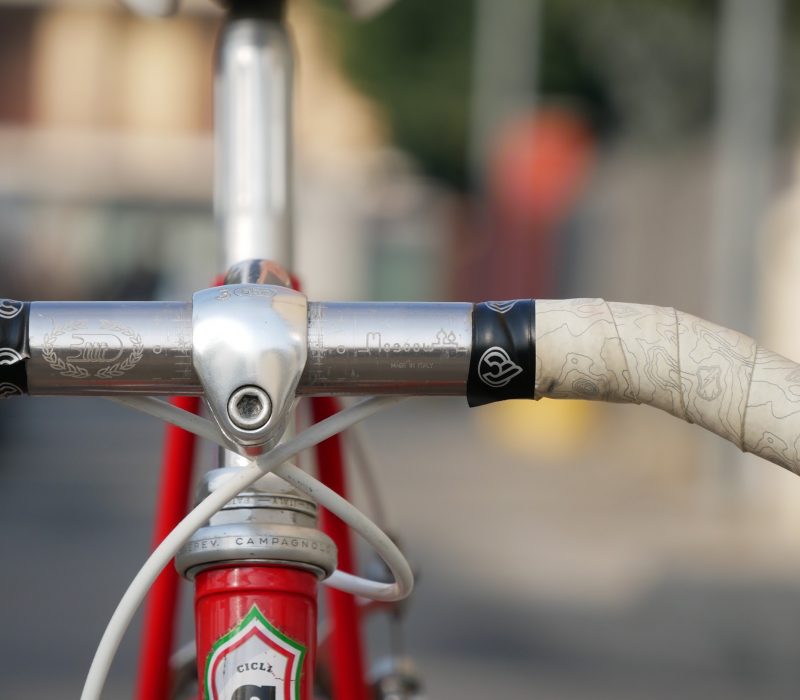 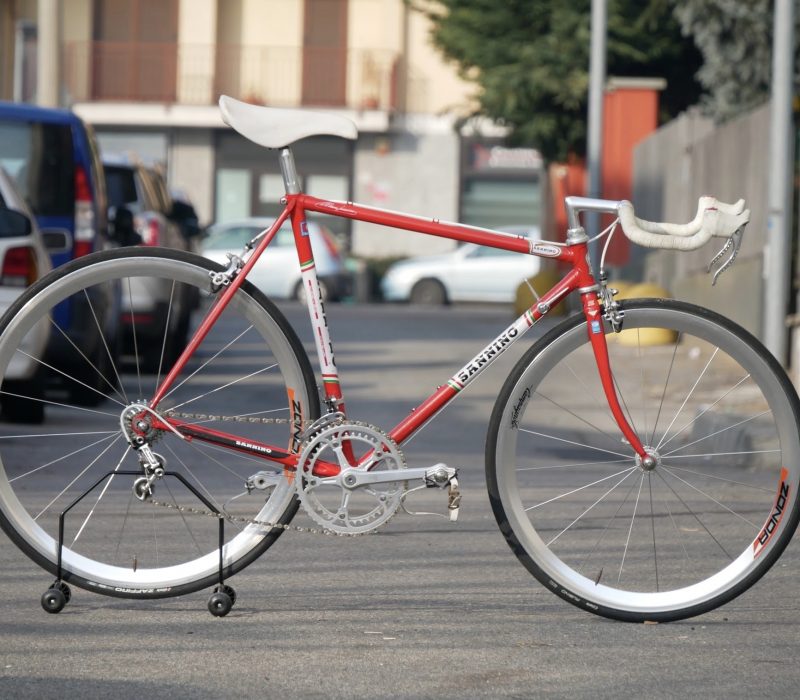 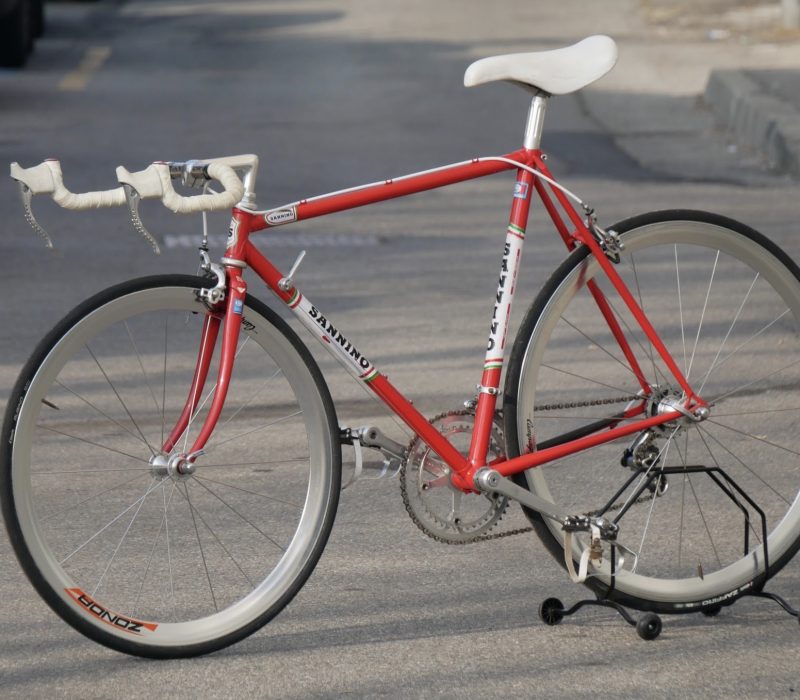