At an approximate* velocity of 1800 ft per second, 40 pounds of pressure will escape a 1milimetre tear in an inner tube in 3 seconds**.  About the same time as it takes to scream ‘Ah FFS’, I’d say.  That’s exactly what Richie Barry said at the very, very, start of the St. Finbarrs ‘Crossbarrs’ cyclo-cross race at Novartis Park last Sunday.

His dreams of mounting the podium disappearing along with the very air that should have been conveying him to a position in the top three.  Worse, it happened in the first 10 metres of the brilliant 2.3km course he, expertly, helped design.  Worse again, it happened in front of his clubmates, his friends and his family.  Even, his rivals took pity, not expecting such a calamity before the first turn.

Swung in a lateral arc of 180 degrees, a fully equipped bicycle with 700×33 CX tyres requires approximately 3 cubic metres of space.  About the same amount of space required by 20 cyclo-cross cyclists as they lunge into the first hairpin in a race.  That’s was what Richie Barry did when he picked up and shouldered his bike and almost beheaded the 2nd half of the peleaton at the very, very, first turn of the St. Finbarrs ‘Crossbarrs’ cyclo-cross race at Novartis Park last Sunday. 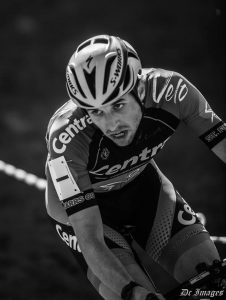 Their dreams of mounting the very podium Richie possibly created now entangled in the wheels that emitted the air in which Richie’s dream had evaporated.  Worse, this was the first lap of seven that they were committing to. Worse again, it happened that three rivals, not friends or family, escaped this calamity before the first turn.

Ridden at an average speed of 20 kmh hour, the 2.3 kilometres course of the St. Finbarrs ‘Crossbarrs’ Cyclocross Course takes circa 7 minutes.  About twice the time it takes to run half the course while shouldering a punctured cyclocross bike to the pits like Richie Barry did after he inadvertently slew half the peloton at the ‘Crossbarrs’ race last Sunday.

The dreams of Richie’s family and friends were now dependent on the bike change which waited for him as he galloped around the bends, twists, trees and forest of the course he created.  Alas, Richie had designed a course where the pits were equidistant from the start and finish.  Worse again, his rivals had fled into the undulating distance, leaving a trail of those that had escaped the arc of death ahead of him.  Richie remounts, tears after them, and disappears into the forest.

Approached recklessly at a velocity of 32kmh, with weight shifted needlessly forward, a dropping bank will spew an over eager competitor unceremoniously 240 degrees in about one second.  About the same time as it took Richie to say ‘Ah..’ in the first 10 metres. This is what happened to [riders name redacted in the interest of marital harmony] while Richie Barry disappeared into the tight bends and off camber slopes of the course he helped design. 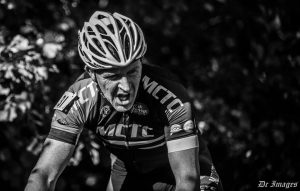 The dreams of this rider were now full of stars, singing angels and goblins with trumpets as he digested the words ‘do you need an ambulance?’.  Worse for him, a clubmate came across our stricken sideshow and harrumphed his demise in the supportive way only a club mate can.  Worse again, his rivals who had been near massacred by the bike wielding Richie were now riding over the new indent in the course in the shape of his face.  Our anti-hero tears into his rescuers emitting the memorable line “f**k the ambulance, where’s my bike”, remounts and follows into the forest.

Unprepared for an emergency, a third placed rider can lose many minutes and multiple placings while discussing his needs for thru’ axles and whatnot in the pits with an eager but unexpecting aide.  About the same time as an interested onlooker last Sunday could view the calamity with concern, then check on his cartwheeling children, and return to see the same rider in much the same space, his concern changing to ‘huh’?  That’s what happened to our dead cert third place stealth fighter.  The dreams of this rider would be anybody else’s nightmare. 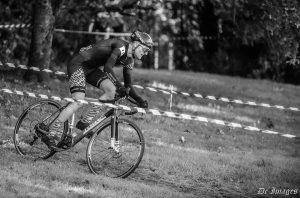 Worse for him Richie ‘Sylvére’ Maes, Paidi ‘Joughin’ O’Brien and Mario Keane were making hay.  Worse again, Richie Barry was politely making his way through the field. “On your left”. “To your right”.  “If Sir would mind refraining from obstructing the course” and that kind of stuff. 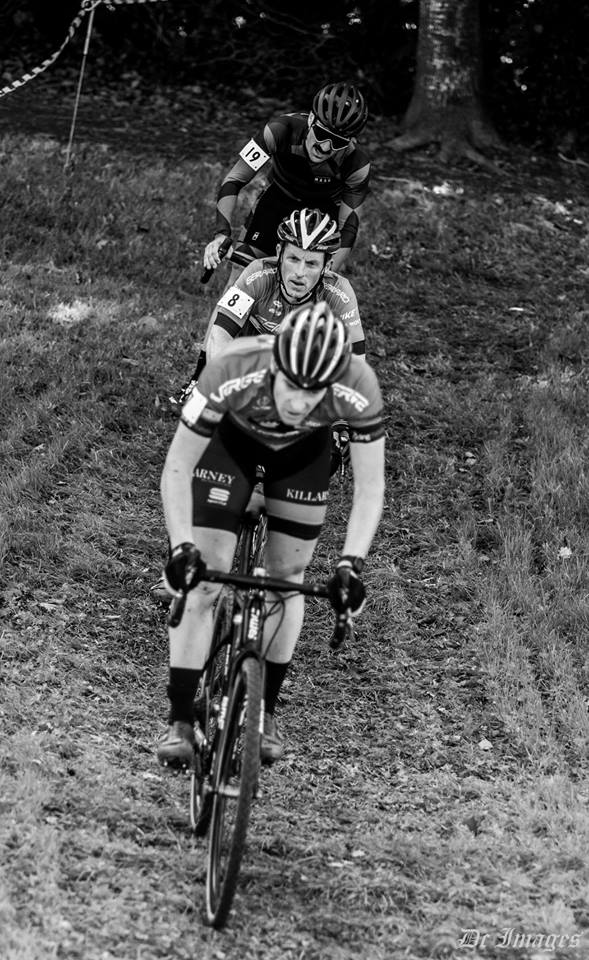 ** A google search under “40 ilbs of velocity” will tell you people also search “can you die from a 3 storey fall”.  Enough said about our sport!

Delighted to be part of it. Dmitry, my 12 year old son, END_OF_DOCUMENT_TOKEN_TO_BE_REPLACED

Great weekend folks. First one for me, wont be the last and END_OF_DOCUMENT_TOKEN_TO_BE_REPLACED

Just wanted to say thanks for last Saturday, really enjoyed the day, END_OF_DOCUMENT_TOKEN_TO_BE_REPLACED

Of all the cycling events I have participated in, this one definitely END_OF_DOCUMENT_TOKEN_TO_BE_REPLACED

I started a vintage bike project during lock down, It's  a1986 vitus END_OF_DOCUMENT_TOKEN_TO_BE_REPLACED

Seeing a mutual love of self propelled two wheels, I jumped in END_OF_DOCUMENT_TOKEN_TO_BE_REPLACED