This bike belongs to Brendan Hennessy who lives in Co Cork, Ireland. Cork was the home of the famous hurler Christy Ring (or Criostóir Ó Rinn in the Irish language). For those of you not familiar with the game of hurling it is a team game played through out Ireland. The most accurate description I have heard of the game is that it is ‘ similar to the game of hockey and an Infantry attack’ . The game is played with ‘Hurley Stick’ made of ash which is the same material as used in this Woodelo.

Pedals: Look 2nd Generation Delta (coveted since I was 16)

Woodelo Bikes were built by Liam Murray in Drangan, Co. Tipperary, Ireland.  I saw my first Woodelo at the OldVelos VeloExpo in Wallace’s Taverna when the Giro d’Italia came to Ireland in 2014.  By that stage Woodelo had already won the 2013 ‘Best New Builder’ at the ‘Bespoke Show, and subsequently won both ‘Best Alternative Material’, and the Public Vote for ‘Best in Show’ in 2014.  OldVelos showcased Woodelo bikes at future Vintage Classic Bike Expo’s, including the beautiful ‘Special Branch’ track bike in 2015.  Following a personal low point (over the bars and unconcious type low point!) I decided I’d get me a Woodelo to make up for my lost blood, teeth and good looks.  Alas, Liam had stopped building.  It took another two years to find this example.  It had ridden the Wild Altantic Way back in 2015, but had remained mainly unused since then.  I acquired it in early 2019 and rebuilt it (some of the previous parts had even seized) but I must give credit to Tom Mulqueen for replacing the pressed BB cups.  I couldn’t look!! 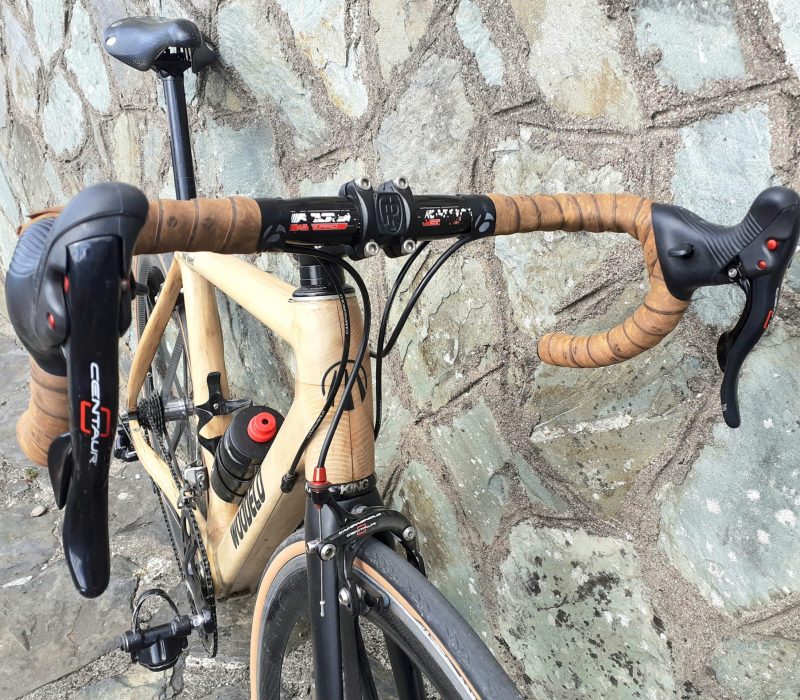 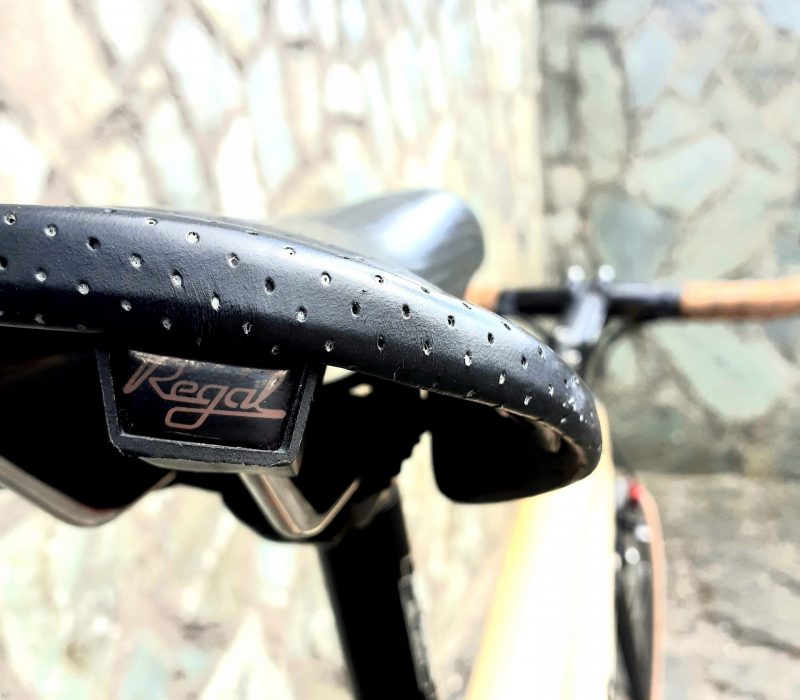 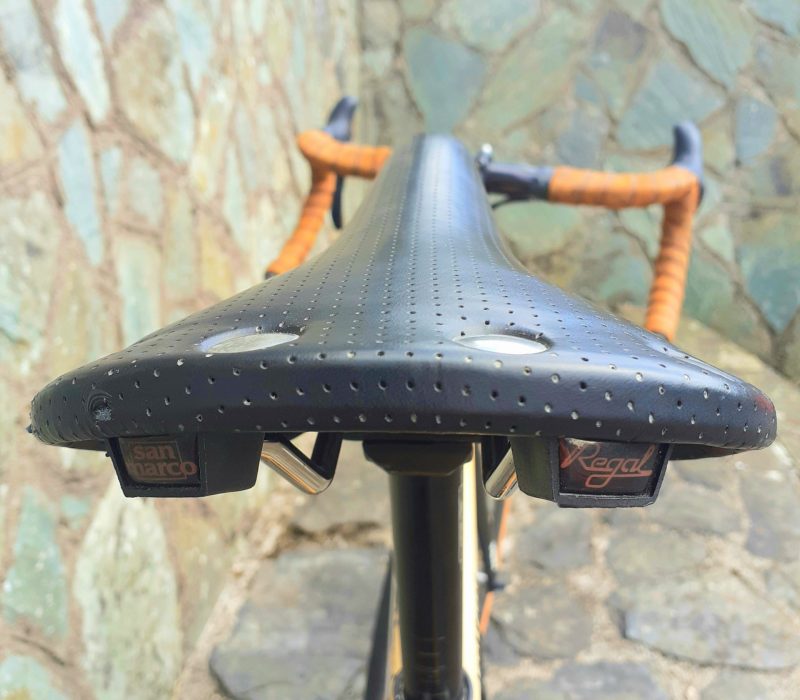 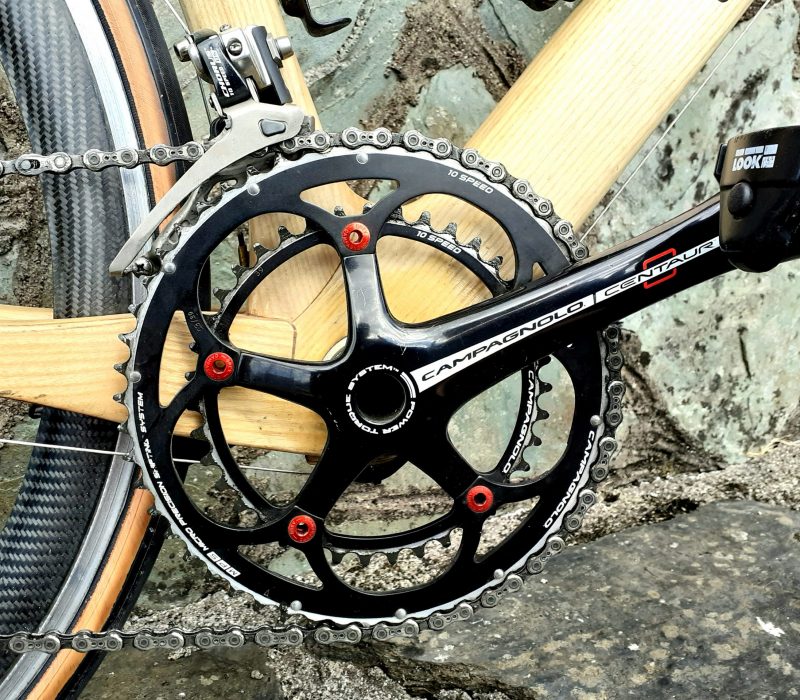 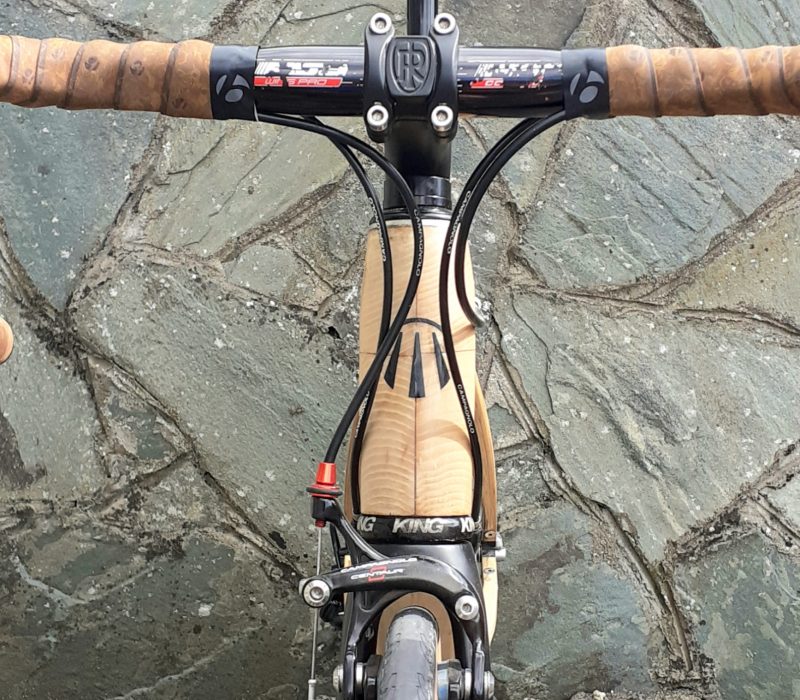 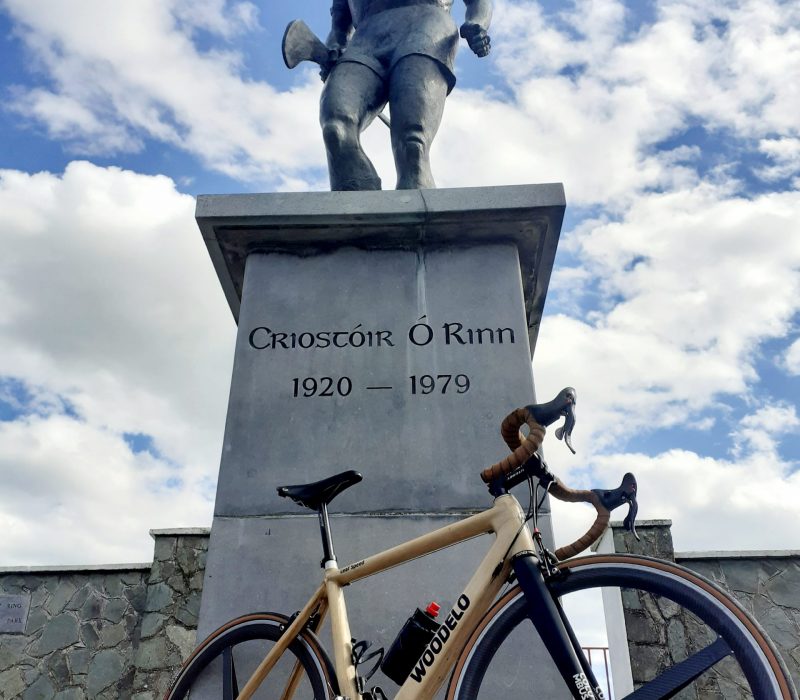 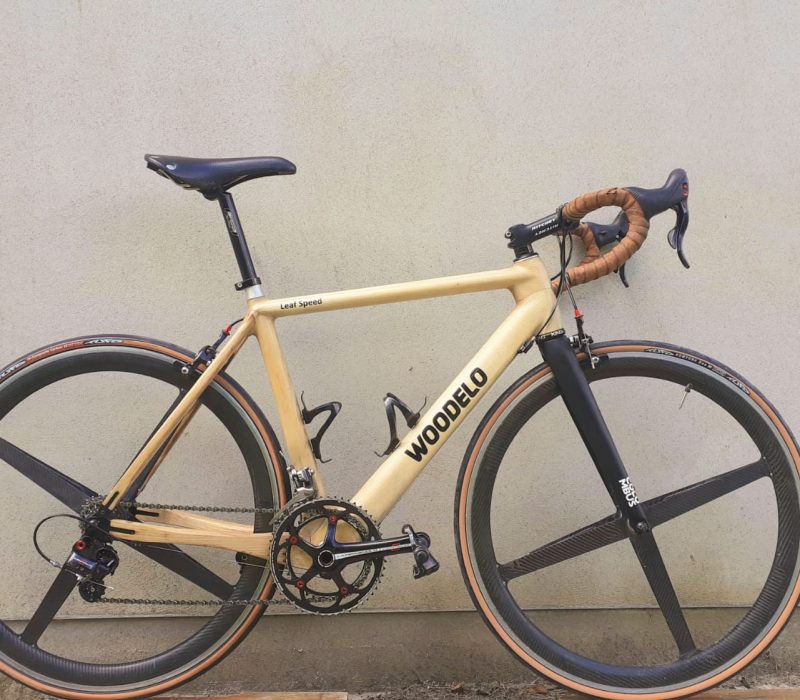