John Bowe of Co.Kerry, Ireland is the proud owner of this super short wheel based weapon. It must be a lively bike to ride, we are sure it would be interesting riding this on the descent from Moll’s Gap!

I kept all the original parts and just polished them up and put them back on the bike.

As the Tommasini agent here in Ireland, I received a phone call from a gentleman in North Cork who said he was looking for a rough sale price for his old Tommasini Prestige that he had raced in the 1980’s. He sent me photos and the bike was is extremely poor condition. I didn’t know what to tell this gentleman so I contacted Adam of Comtat cycles in the UK and he agreed that it wasn’t worth much in that condition. I gave the gentleman my estimation and he wasn’t impressed.

Months later he contacted me again and said he was offered more for the bike but that potential buyer wanted to strip the frame for the parts and he didn’t want that. He asked if I’d buy the bike, restore it and most importantly, keep the original bike together which I agreed to.

The serial number on the frame is 611 IRL so I contacted Barbara Tommasini and she informed me that the bike frame is indeed a Tommasini Prestige and it was built in November 1986 for the Irish market. Unfortunately, Barbara couldn’t tell more about it as these records were flooded in the past and it was difficult to recover the production files.

The bike was is very poor condition so I stripped it down and sent the frame back to Tommasini for a respray. As I had recently just got engaged, I told my future wife that this was going to be her bike so she could pick the colour. She loved the original paint scheme but decided to change the blue for pink! I was a little sceptical at first but when I saw the finished frame, I had to admit that she was right yet again!

I contacted the original owner again and sent him the photos of the restored and repainted bike. He was absolutely delighted to see his bike back on the road again and he loved the pink paint scheme too! 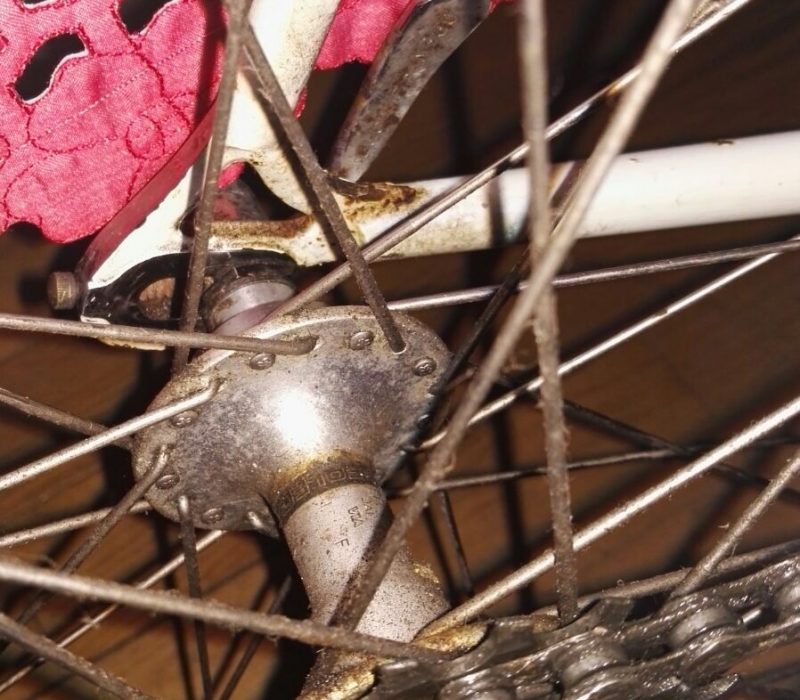 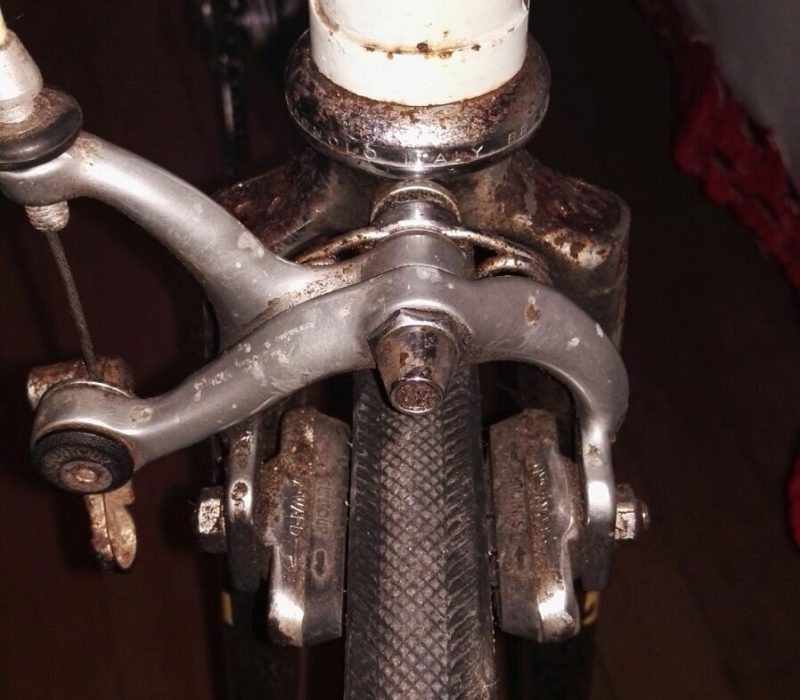 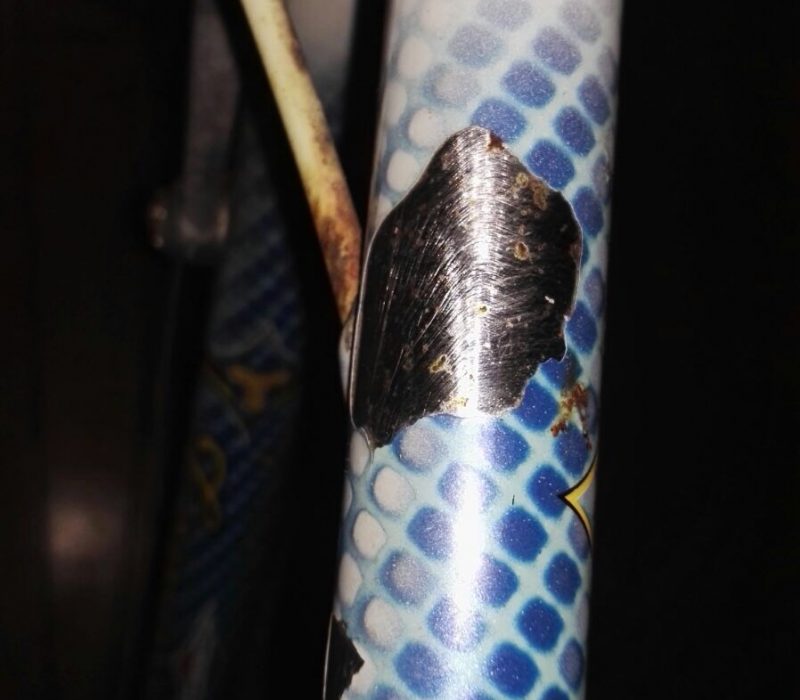 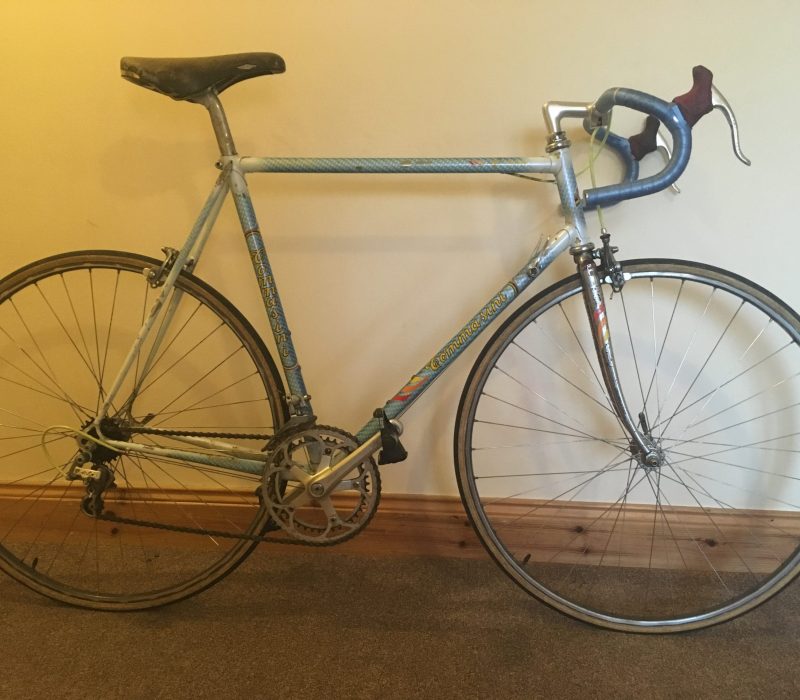 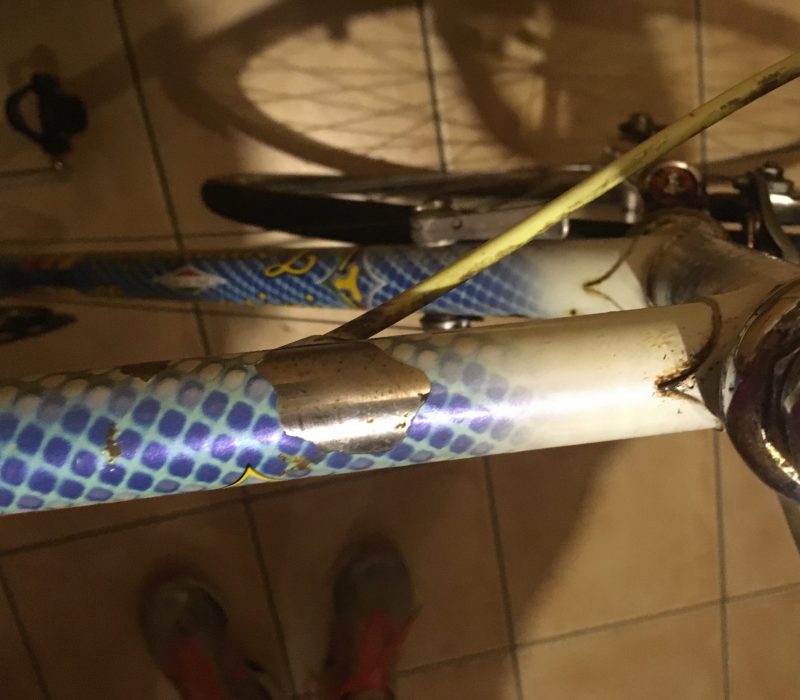 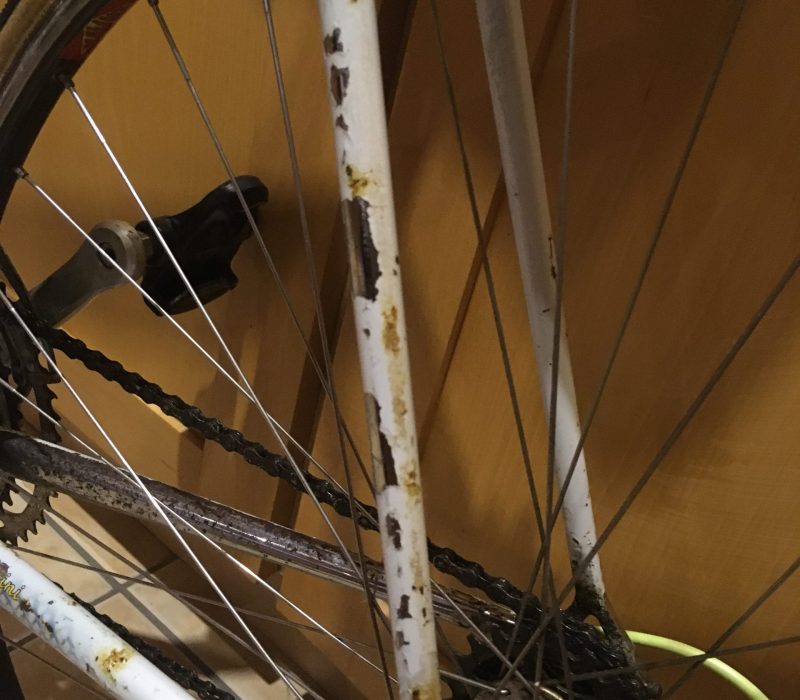 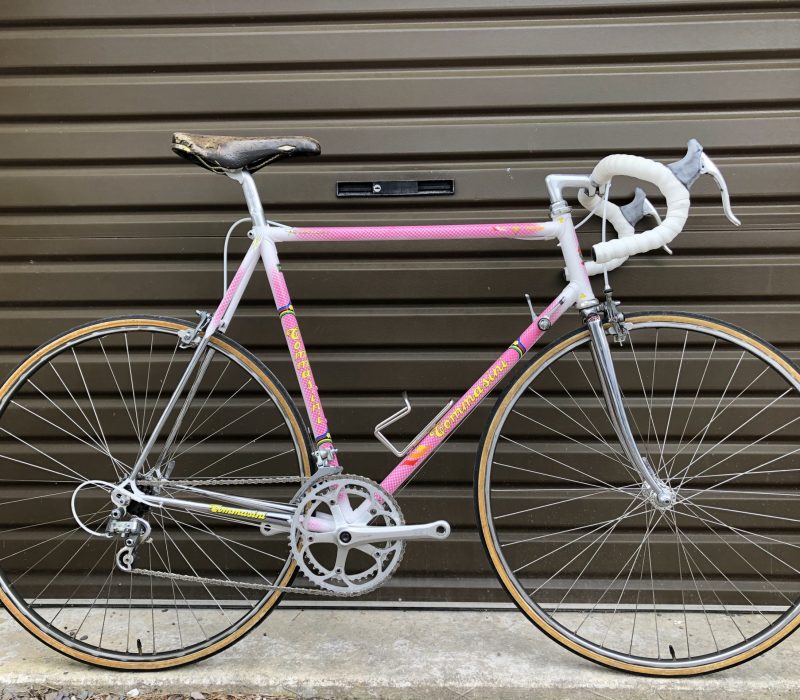 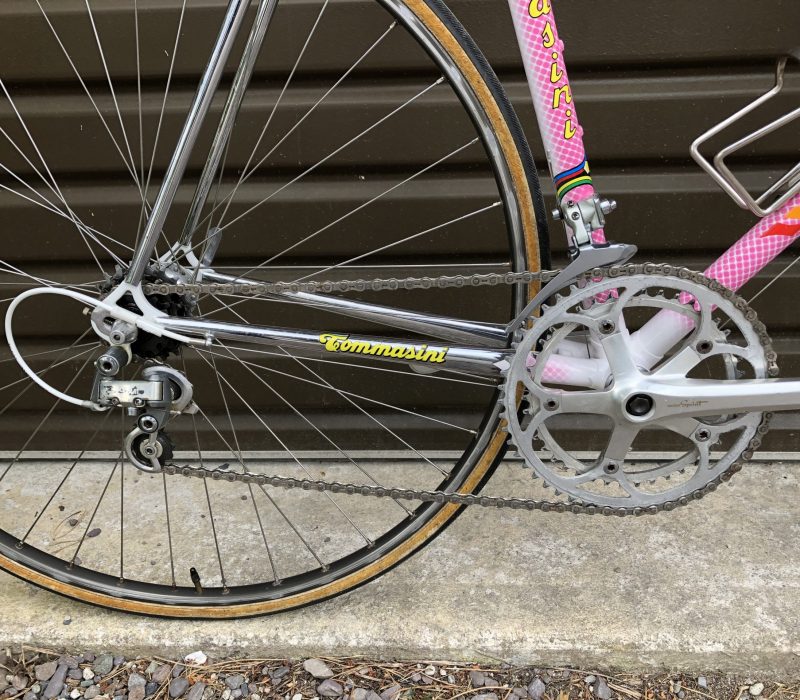 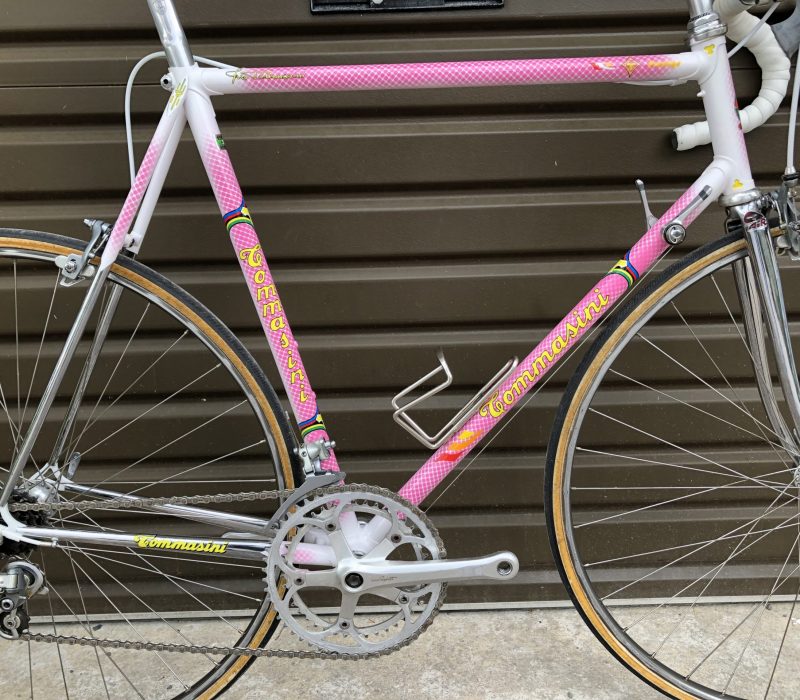 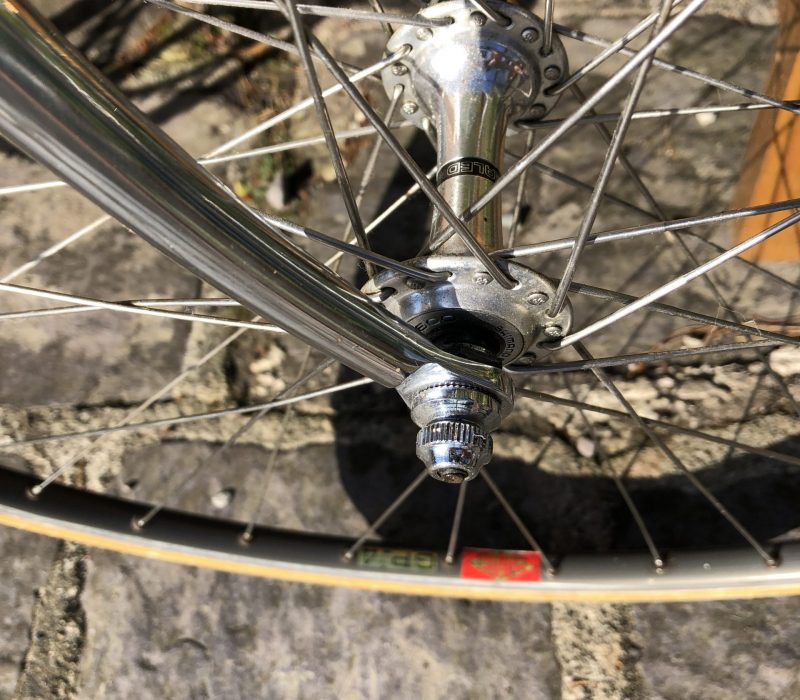 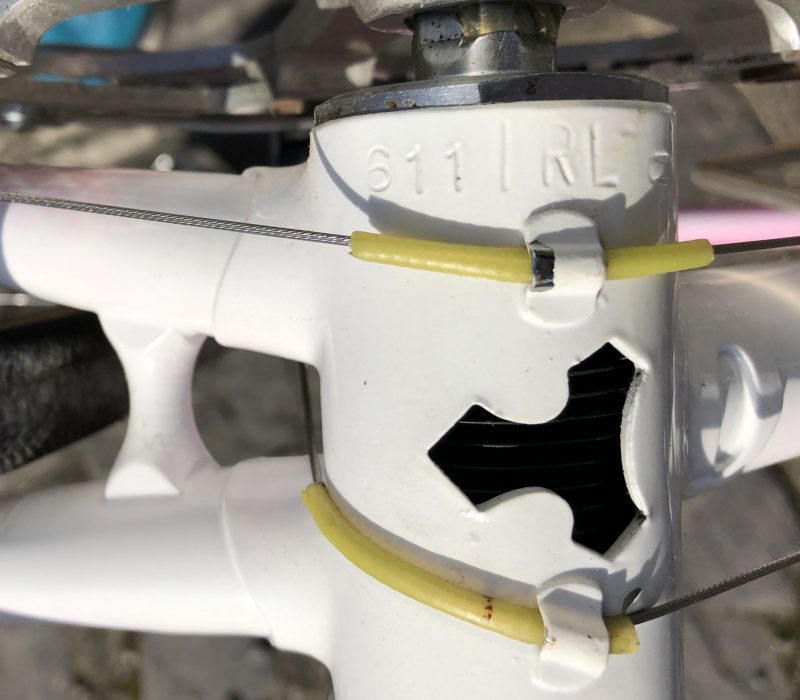 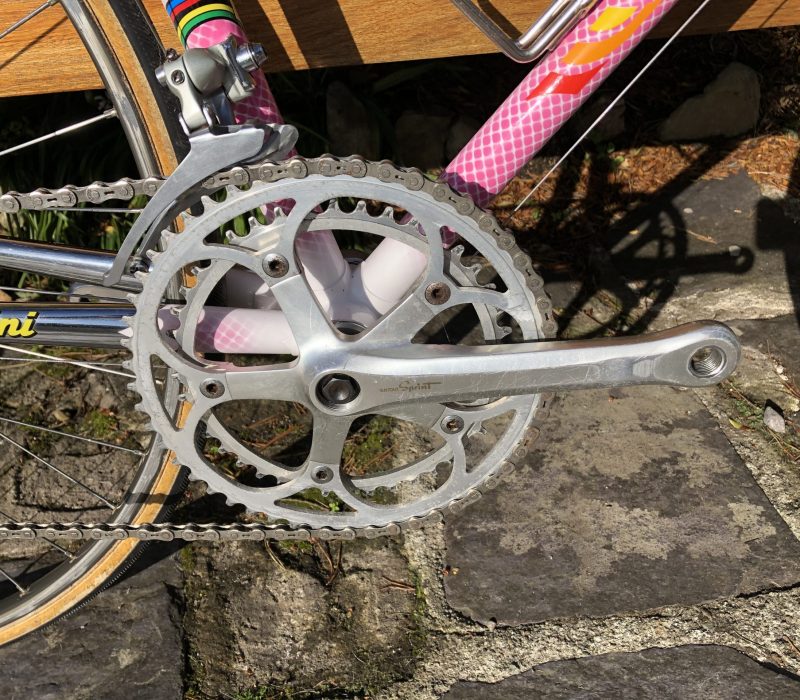 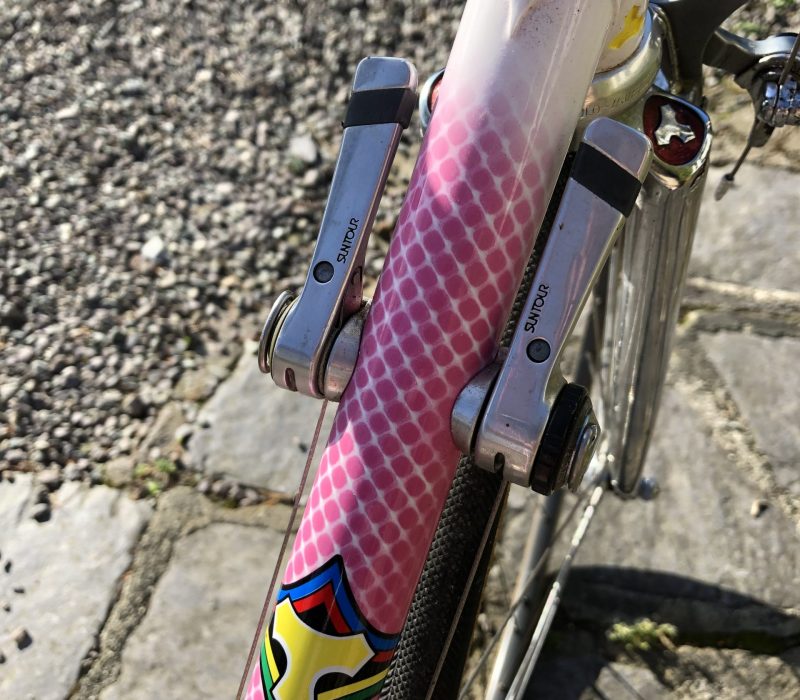