Although badged as Coppi we believe this is frame was built by the Italian master frame builder Masi. 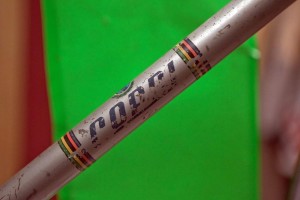 At one stage in its life it was badged as a Bianchi. This according to Masi was common practice at the time where the pros had a favorite frame builder. We have other photographs of Coppi on what is  more than likely the same bike as it also has the unusual arrangement of ‘Roubaix’ style dropouts instead of the rear facing horizontal which are the norm on track bikes.

The chainset is also  stamped ‘Bianchi’ which reinforces this theory. 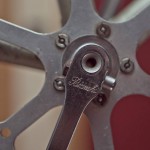 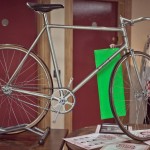 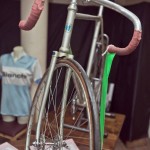 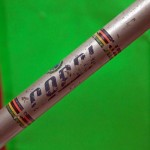 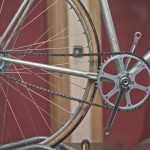