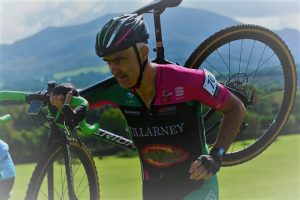 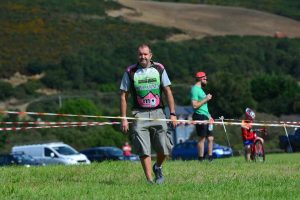 featuring John Crowley as Richard Harris; Marcus Treacy as Sean Bean, Brendan Slattery as God and Pádraig Slattery and Patrick Clifford as themselves.  As for Bird…

The parting in the silvery clouds let the light reflect off the nearby mountains and onto the Field’s verdant grass.  From a height, John ‘Bull’ Crowley slumped down against his creel of marking tape and looked down on his work.  Satisfied, he knew it was not for nothing that he had sacrificed his morning club rides and the promise of Strava KOM’s to perfect his creation.  His helper, burdened with a clutch of pigtails, hung on his every word.

Bird, known for sucking wheels, eyed Bull’s half empty bidon thirstily and urged him on.  “Tell him how you made the field Bull”.

“When I was a boy, before the club wore pink gear, my brothers and sisters had to leave Aghadoe, because it couldn’t support them anymore.  We weren’t rich enough to be pros or soigneurs, so it was the likes of Cork, Ennis and Clonmel for all of them.  I was the only one left at home.  Cyclocross cyclists were scarce. So Podge and I, we had our breakfast, dinner, and tea, working in this field without a break in our work. One day, Podge sensed a drop of rain in the air and one of the ‘coffee & cake’ lads just keeled over in shock.  “Fetch a gel” said Podge “fetch a gel” and I said ‘let’s finish that hairpin first’….  And if you think I’m gonna face the club sponsors without a win in this field, you’ve got something else coming. No Commissaire, interloper or Crossbow will protect the man that stands in my way.”  The Bull had not counted on what was coming when the field was offered for public competition.

At the next club spin Bull arrived angrily, the Bird pedalling frantically to stay on his wheel.  Skidding to a halt, Bull silenced the riders.  “So the field’s being opened for competition on the 16th of September.  My field? Who’d go against me?”

“There might be other CX riders, Bull” came a quiet reply.

“The other CX riders will come Bull” replied the quiet Clifford.

“No outsider will win on my field.” cried Bull.

“Why are you interfering Commissaire, this is none of the UCI’s business?”

“Bull, this is an open race, everyone has the right to race it.”

“It’s my field. It’s my course. I found it. I designed it. I dug the stakes into it with my bare hands and I made a living hell for the rest of you out of it.  My only want is that red jersey, that lovely red jersey, and you want to take a win away from me and my people, and in the full sight of Brendan Slattery I can’t let you do that!

“Can’t you win another race Bull?” replied the Commissaire 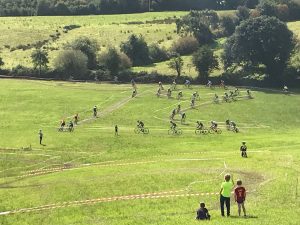 “There’s another law, stronger than the UCI law.

“The law of the CX Course designer” 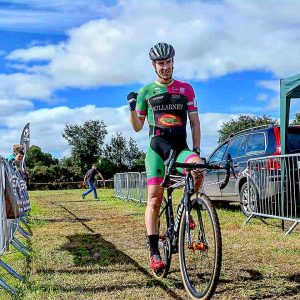 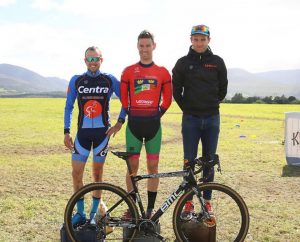 [Directors note: Fade out to Richard Maes of Killarney taking the win and the Bull sipping Killarney Craft Beer]

(All photos courtesy of Brendan Slattery)

Any similarity to the video below is coincidental !