We have been requested to undertake a three-piece review of the off-season activities of Earthquake Team Time Trial champions’ OldVelos following their unexpected win in East Cork on Sunday.

Questions were raised immediately after the event when it was noted that some members of the team were not as puffed as they should have been.  The OldVelos B-Team took the honours in their category in a provisional time of 2:29:58. a mere 34 minutes behind outright winners Blarney CC.

A sample of OldVelos B-riders have been asked to furnish evidence in relation to their claims of “sofa-use” during the off-season.  A hastily written press release was issued but may however add to the confusion.

“We have been notified of claims of off-season inactivity within the OldVelos group which must be investigated.  We are presently engaging experts to ascertain the veracity of sofa-use by some riders.  For the time-being the result of the Earth Quake (sic) Team Time Trial held on Sunday the 10th of March still stands until we can put this matter to bed”. 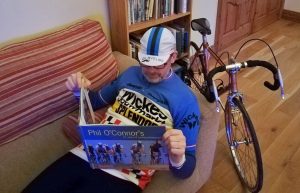 Rumours of sofa use by OldVelos were in circulation prior to the event when once again a message from the OldVelos Whatsapp group was posted online.  The unguarded exchange will not help the team’s cause.

“Me neither, I’ve only been out once since October” – Rider 2

“That’s nothing, I’ve been sitting on the sofa since October” – Rider 3

It is understood it is this last comment which led to the present performance related investigation as Rider 3 was spotted more than once at the head of the ensemble on Sunday.  According to World Cycling Federation rules that while sofa use is permitted in the off-season, there are strict protocols about the quantity and extent of the ‘sofa-use’ excuse.  Forensic upholsterers were asked to specifically investigate “that there was no evidence of sofa use in ‘Rider 3’s’ performance on Sunday”.  There has even been talk of a blanket ban for the team but this has yet to be verified.

That the outfit are being cushioned by the claims and are being allowed maintain their classification win, despite the investigation, will unsettle others.  There will be further recrimination if the investigations into the sofa-use claims are upheld and the team are not unseated.

When asked about the investigation OldVelos management said they would not take the matter lying down. “Let’s put everything on the table here.  Our team performed admirably under testing conditions, you can’t brush that under the carpet.  What matters to us is which armchair cyclists are making these claims.  We will not tolerate the words Lazy Boys when talking about our team”.

It may be that those claims are being made closer to home than management may desire.  Speaking from behind the curtain of anonymity Rider 2 has revealed to us that while sofa-use is widespread in the team that some claims of sofa-use are being exaggerated leaving other riders exposed to claims of sofa over-doses. “I tried to speak to management about this, but they continue to try to pull the wool over us riders”

Management gave short shrift to this.  “We have a complete nest of tables of our riders’ activities in our team cabinet.  Yesterday’s result in The Earthquake Team Time Trial shows what we are capable of.  It is our intention to complete the season, we have always been part of the furniture”.

Rider 3, who remains under investigation is keeping his side tightly zipped, but when asked how the investigation was proceeding responded “Sofa so good, but I will not rest until our good names are restored”

The investigation is not expected to be completed before the Summer sales but is promised by next year’s event EQ2020, the 10th anniversary of the Earthquake Team Time Trial. 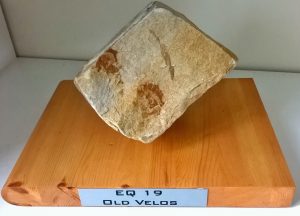 The winners trophy which some suggest accurately represented the teams activities over the winter.

Delighted to be part of it. Dmitry, my 12 year old son, END_OF_DOCUMENT_TOKEN_TO_BE_REPLACED

Great weekend folks. First one for me, wont be the last and END_OF_DOCUMENT_TOKEN_TO_BE_REPLACED

Just wanted to say thanks for last Saturday, really enjoyed the day, END_OF_DOCUMENT_TOKEN_TO_BE_REPLACED