February’s ‘Bike of the Month’ is a very unusual build from Brendan Hennessy from County Cork, Ireland. Brendan is well known for riding and building bikes that are a bit ‘Left Field’ and this one doesn’t disappoint. As well as a most unusual and rare frame it also has a slightly ‘Smurflike’ quality, complements of the anodising talents of a now County Cork native, Tom Beck.

As they say it takes a village to build a bike!

To begin, I would like to thank Trevor Jarvis of TJ Cycles for background info and encouragement.  This frame was a Covid purchase and is possibly a sign of my state of mind.  I needed a challenge, and I got one.  The frame was built for one of Trevor’s customers and finished in Jan 1982.  In the late 70’s Trevor reinvigorated ‘The Baines Flying Gate’ design from the 1930’s and he and his team have been building them ever since.   The frames iconic design gives an extraordinarily stiff ride, with a palpable sense of power distribution.  Once built, I raced the frame in a local TT and indeed recently completed an Alpe d’Huez Challenge on the bike.   For more about TJ Cycles and the Flying Gate see  http://www.tjcycles.co.uk/

Roll of Honour in the OldVelos Village

Tom Beck: Tom donated all the anodized blue parts – a pet project of his – including the CLB brakes & casing, Cinelli toe clips , Stem & Bars,  Suntour Freewheel, Campagnolo Gear levers and a set of hubs yet to be built.

A few notes on the build:

From single speed to 5 speed: The frame has only 110mm spacing, so some work was required to find the thinnest freewheel and dished wheel to make a fit. While Shimano f/w was thinner, by bringing the wheel forward in the drop outs it was possible to use the  Suntour, and it’s very much needed 28t cog.

Trevor had to build me a special adapter for the front derailleur, but through trial and error I discovered the Shimano 600 Ultegra gave the most inward travel to ensure a reliable gear change.

Tom’s brakes are a thing of beauty, but there were 2 potential problems – were the frame fulcrum points on the right side for the adjusters and pinch bolt? Thankfully they were.  However, being short reach I needed to use a 27″ rather than 700c wheel.  thankfully I had a pair to suit, and those Sava 27×1 whitewall tyres are comparable to 700×25. 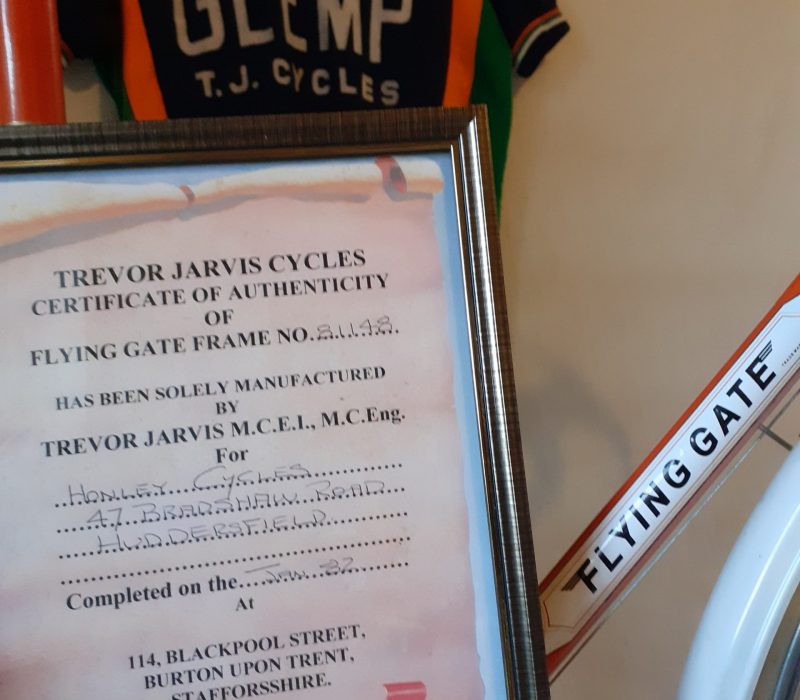 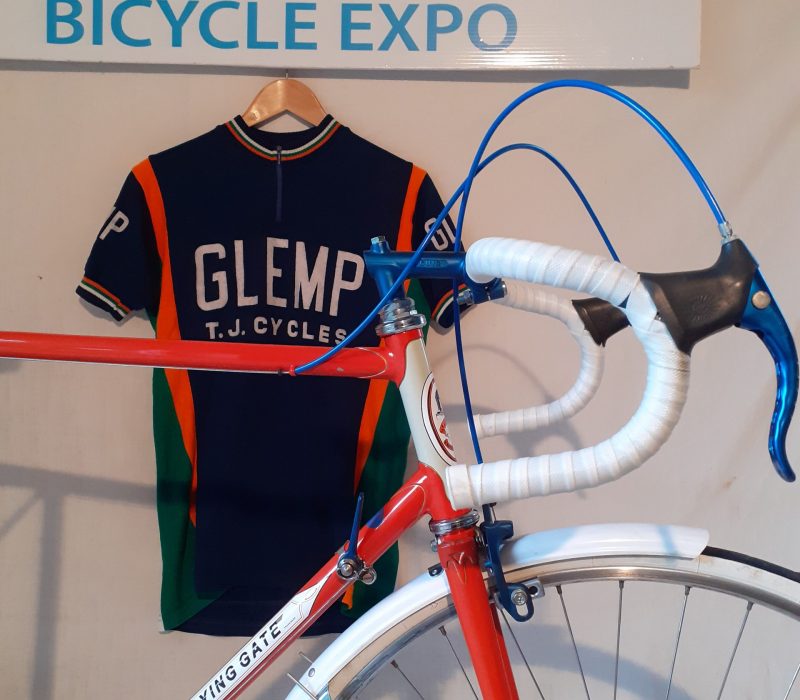 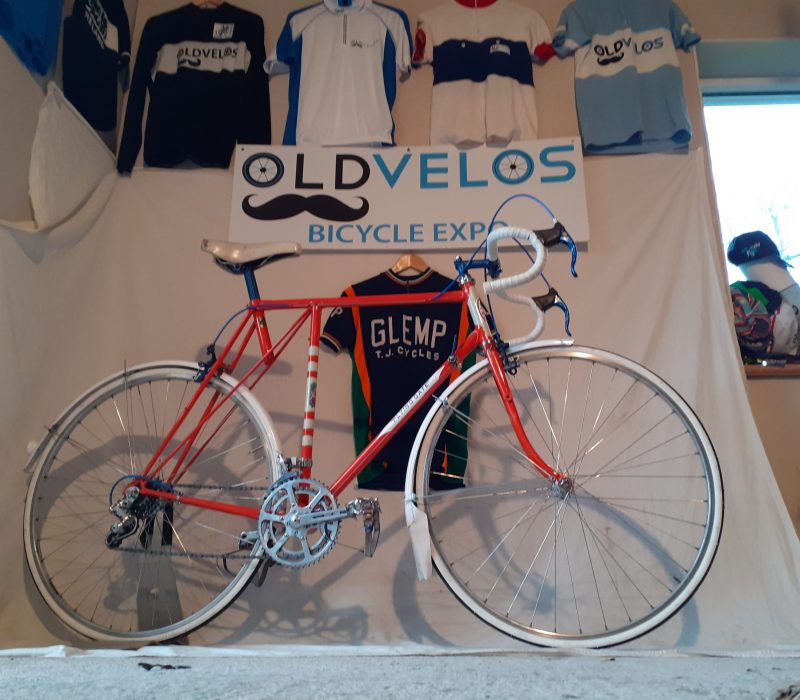 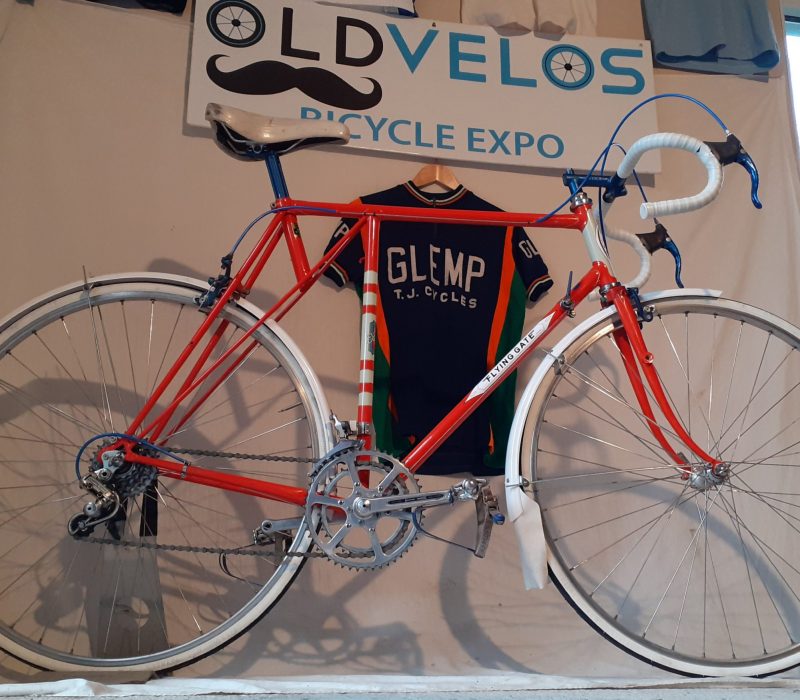 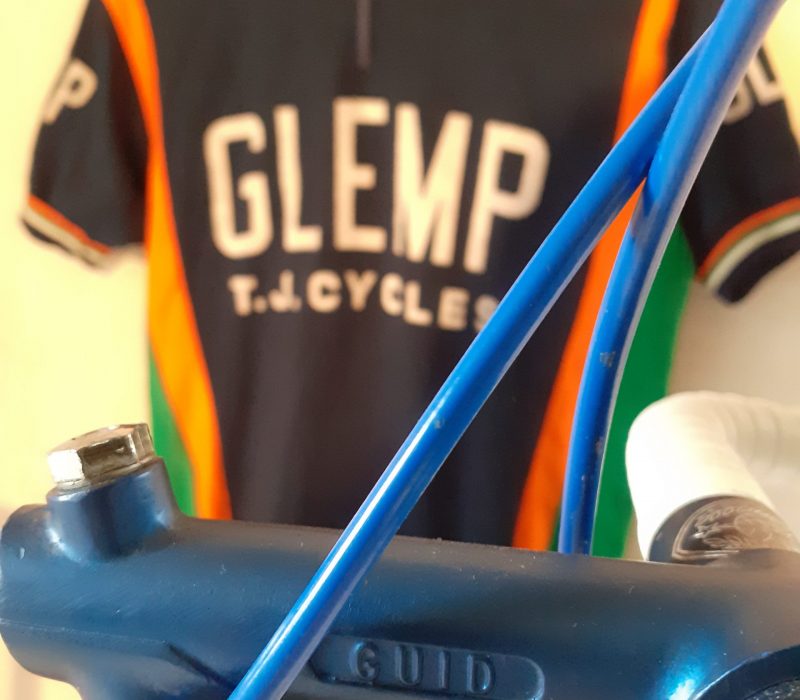 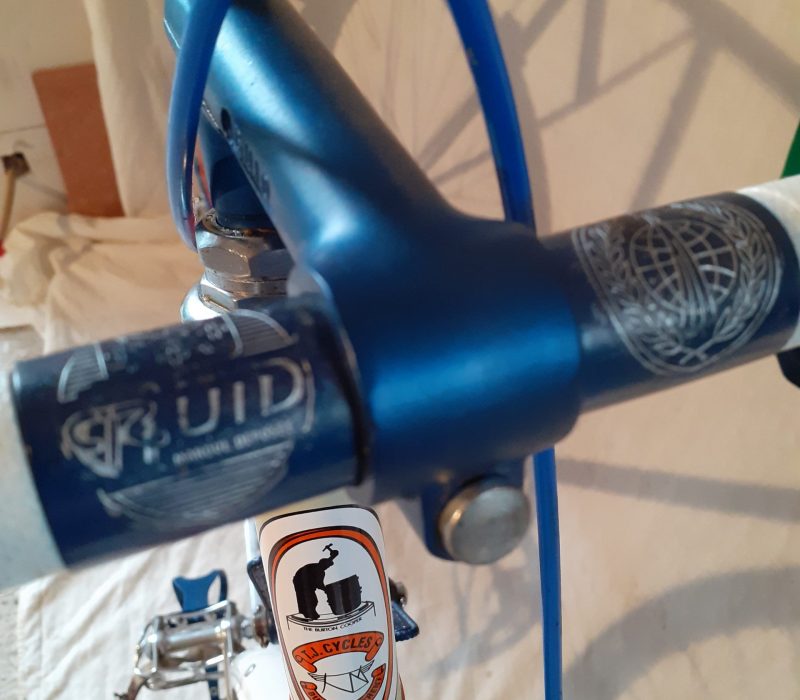 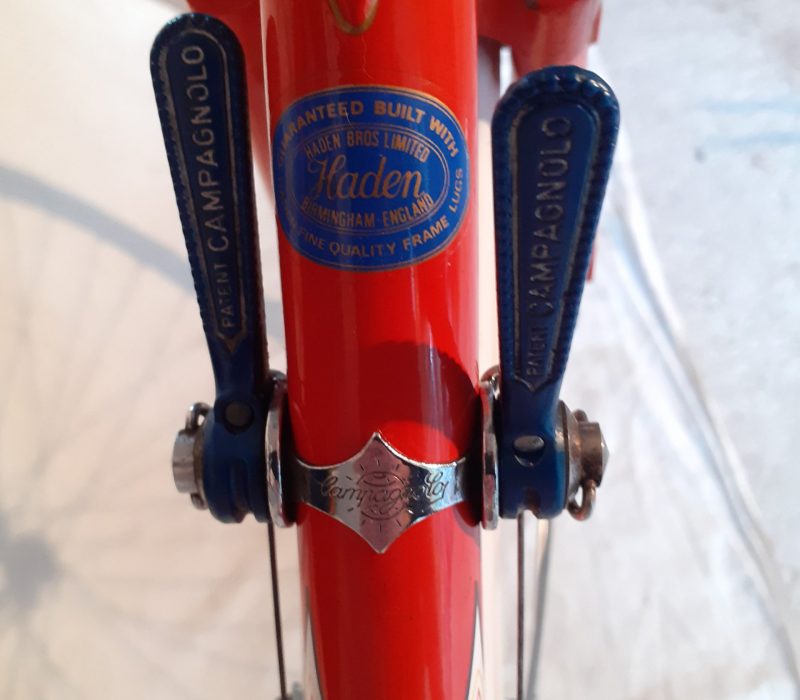 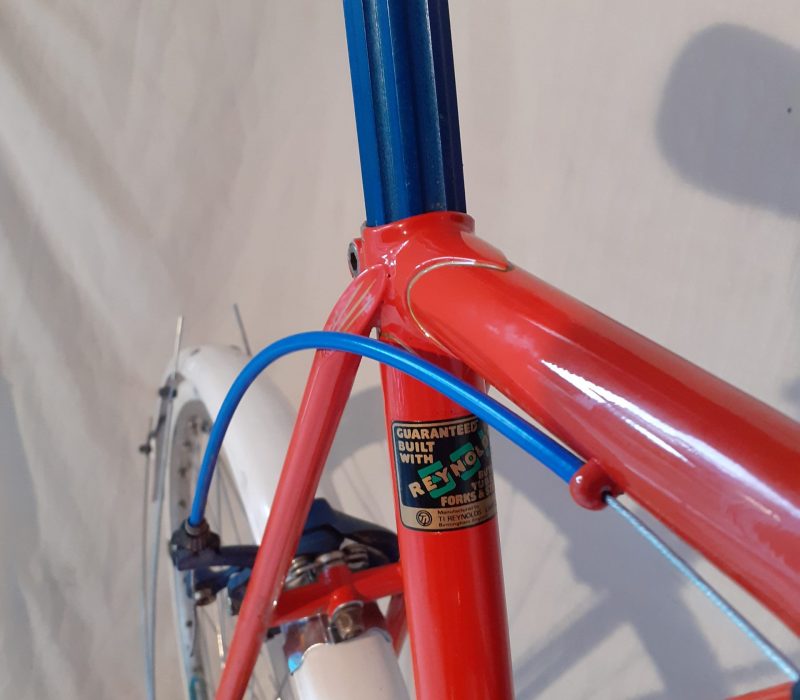 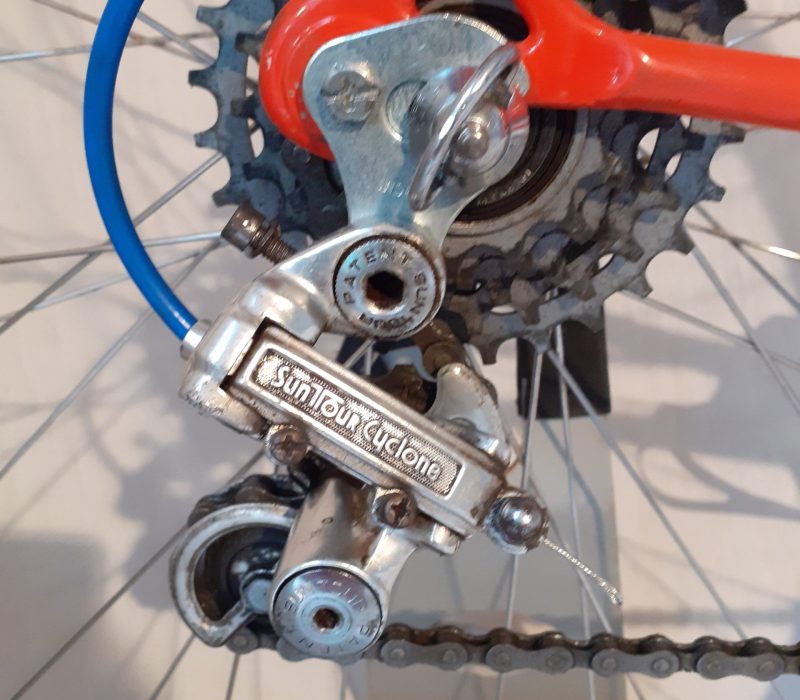 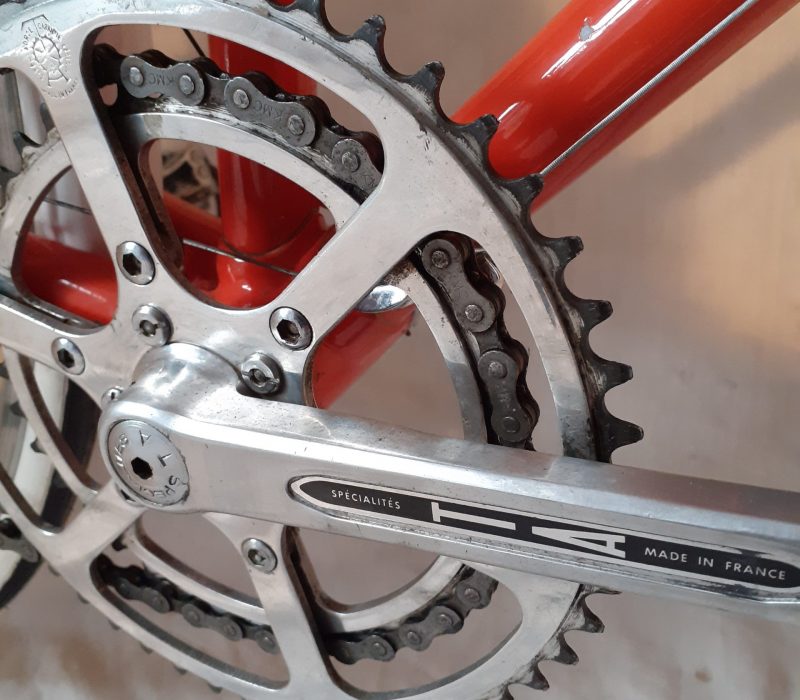 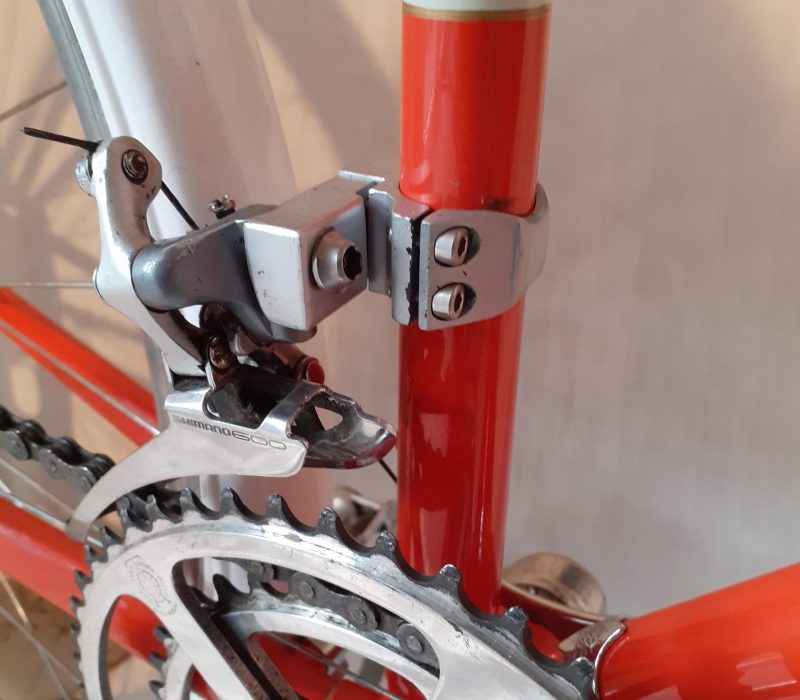 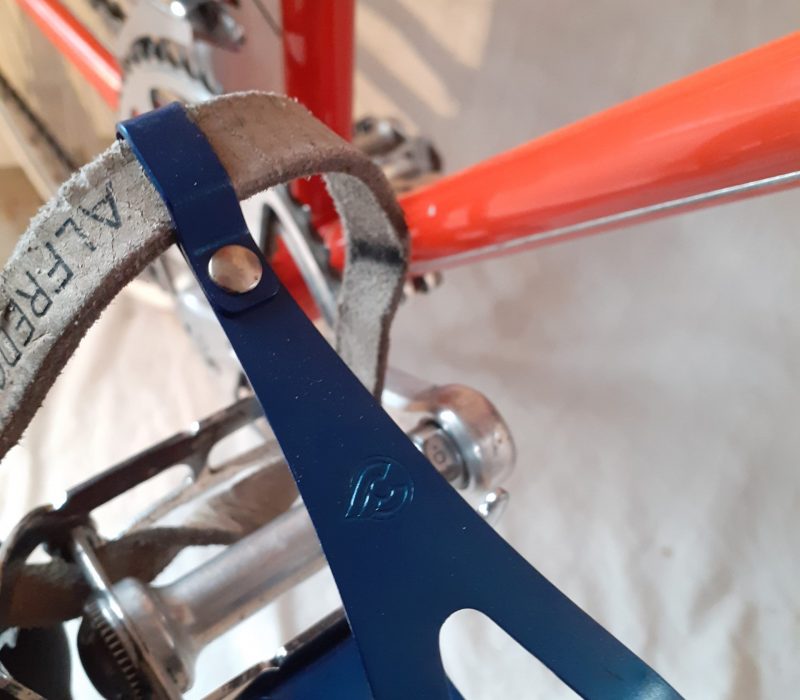 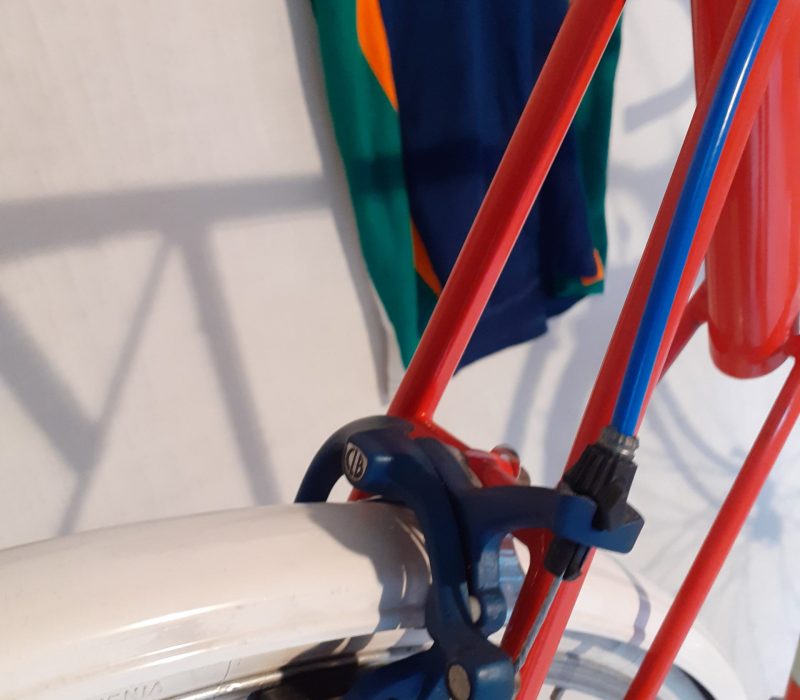 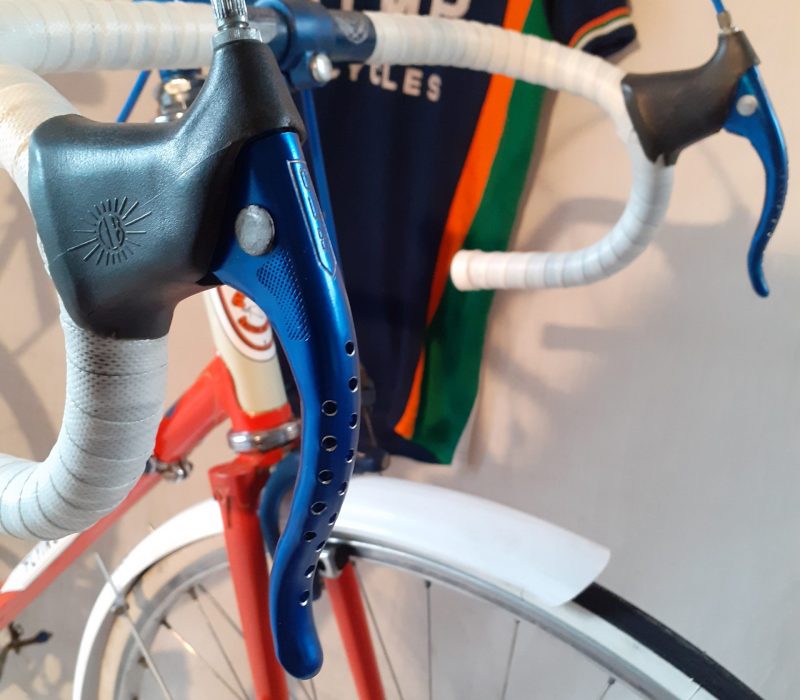 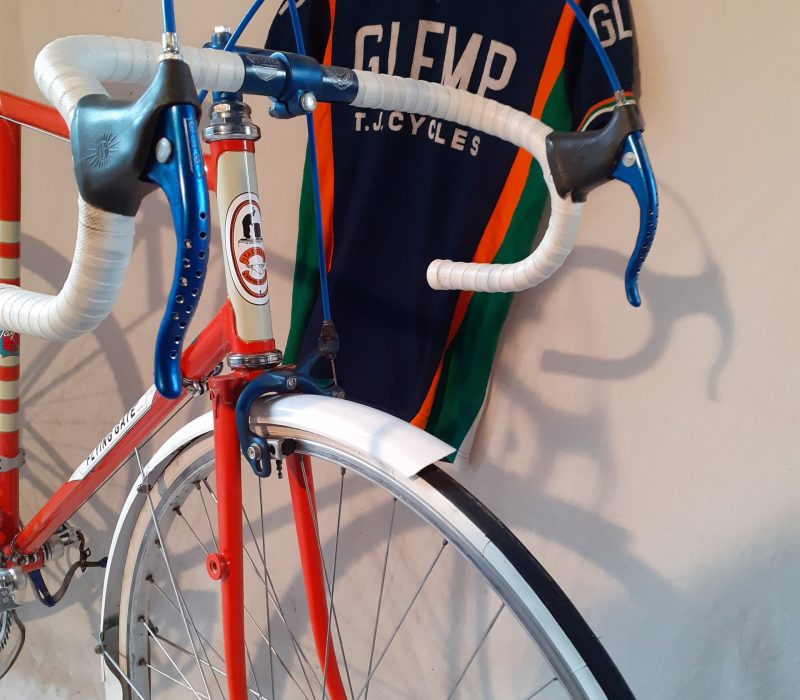 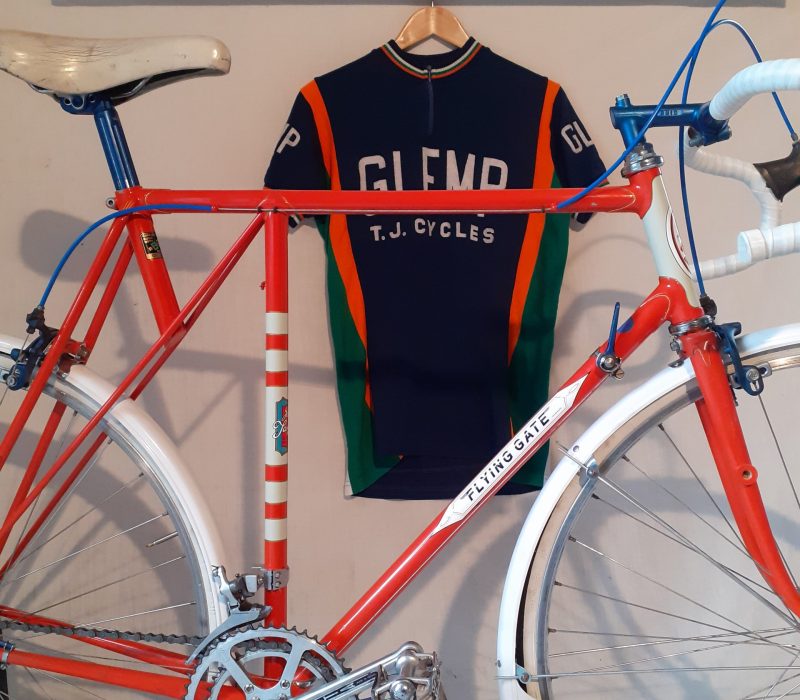 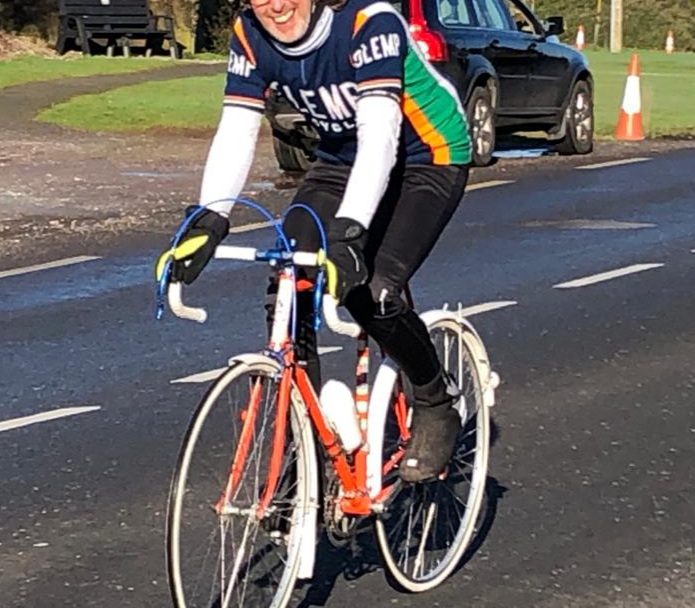 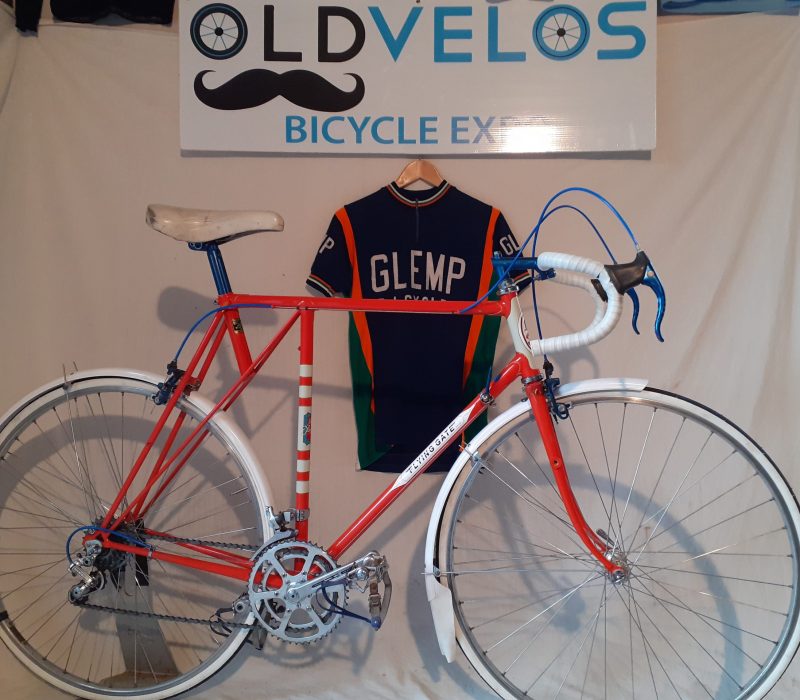 Footnote:
TJ Cycles sponsored a professional team, Glemp T.J. Cycles, in Belgium in 1979. The riders rode ‘Flying Gates’. One of their riders (pictures below) was the British rider Maurice Burton (pictured below). Burton was more famous for his track racing career. He rode in 56 professional Six Day events and retired after a serious accident in the Buenos Aires Six Day in 1984. In 1987 he took over the well known shop De Ver Cycles in Streatham, South London. We are not sure if he still rides his ‘Gate’. You can read more about Maurice here: The first black British Champion