November’s Bike of the Month is from the collection of Andrea Virgillito who is currently based in Dublin. He bought the Harry Hall Track bike we see here from a former racing cyclist who had used it on the Sundrive Velodrome in Dublin.

The original Harry Hall shop was on Gorton Road then moved to Cathedral Gate, and that’s where Harry established his, and his businesses, legendary reputation.
Harry Hall open his business in Manchester in 1955 and built his own reputation through the years, becoming a top bicycle mechanic and a frame builder, providing custom frames to the top cyclists. He was always ready to promote a local rider with a loan bike for the season, His neutral service vehicle (a small but very efficient Mini pick up) became quite famous in the UK race scene and was often seen on the Isle of Mann during their Cycling Week.

In 1967 Harry Hall was the GB team mechanic on the Tour the France. He was the first person to reach Tom Simpson before his fatal cardiac arrest.
This model was made in the early seventies. Despite the clearance between wheels and fork/frame is very tight so the bike has a very short wheelbase. This makes it very responsive when sprinting and quite nimble on the banking.

The components on this built are a mix of French/Italian/Japanese. This is the way it came to it’s current owner. This was quite typical of bikes from this era as parts for track bikes were not as readily available as they are now. Despite the eclectic components mix the performance is superb and the colours blend well together. This bike is a real ‘eye catcher’ and a credit to it’s owner. 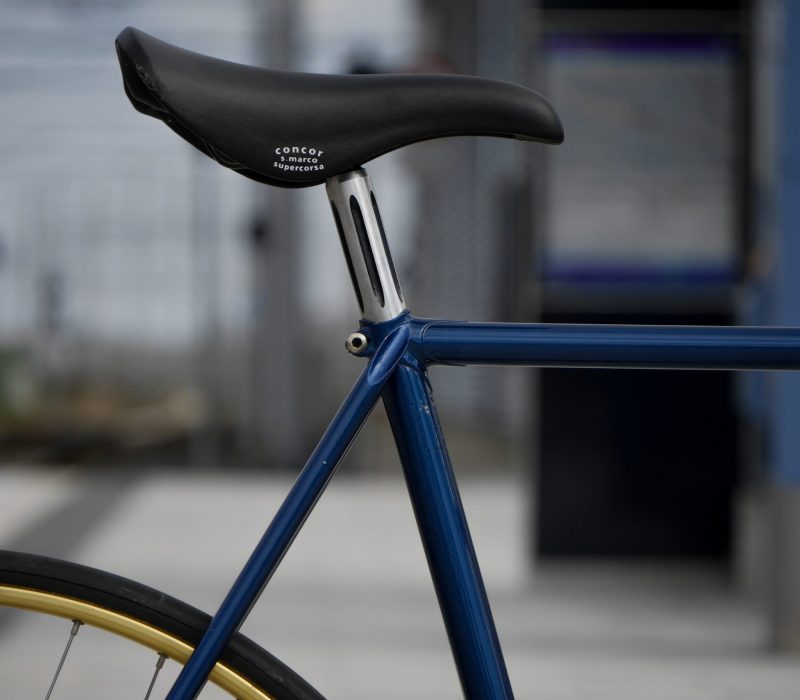 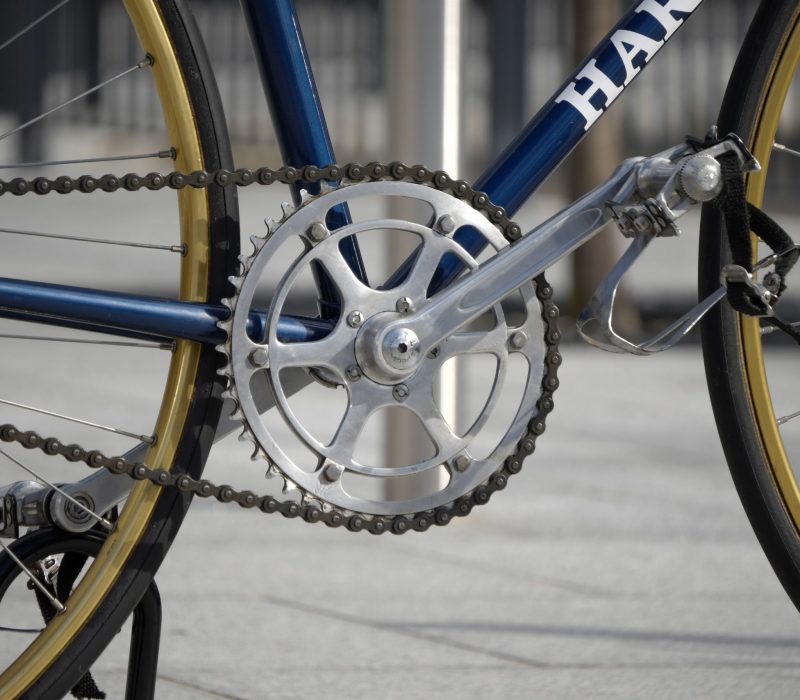 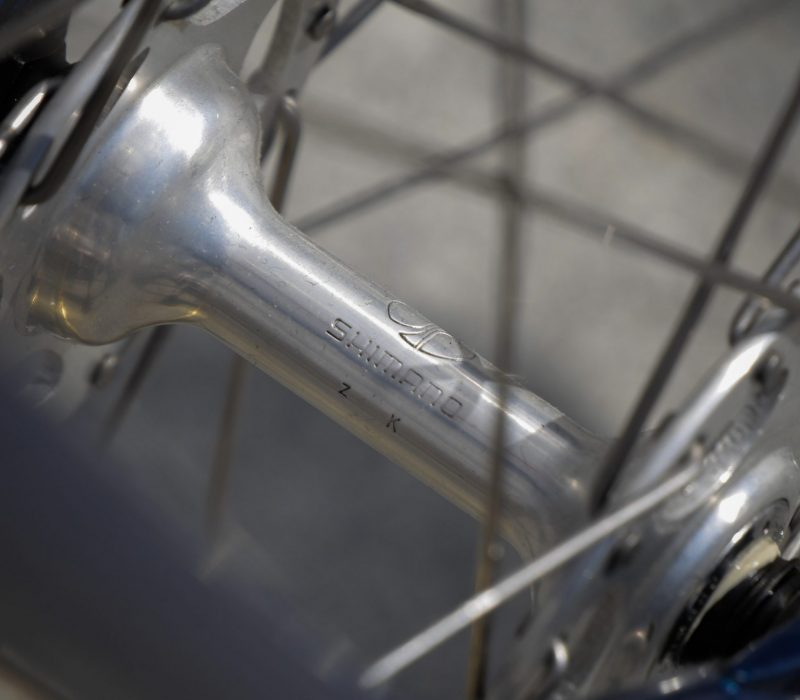 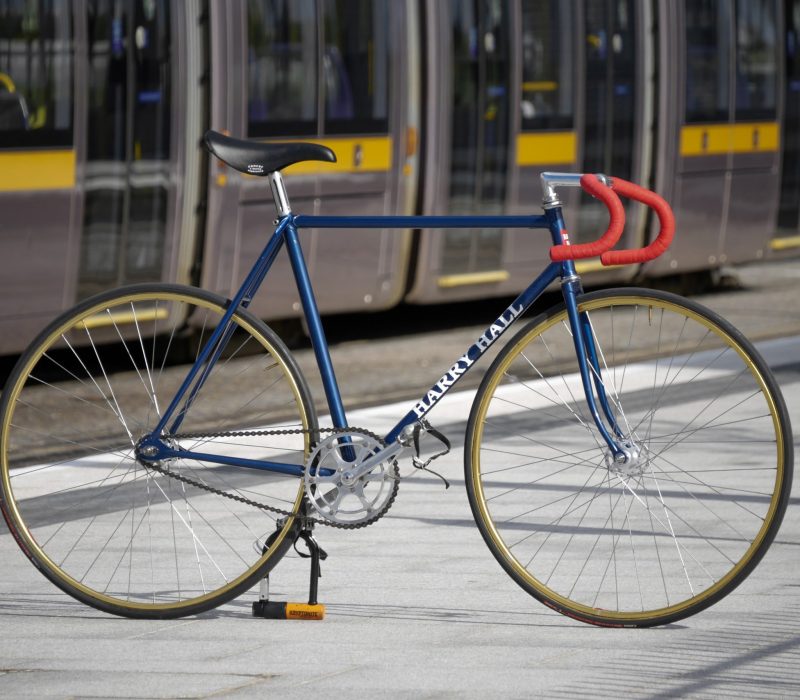 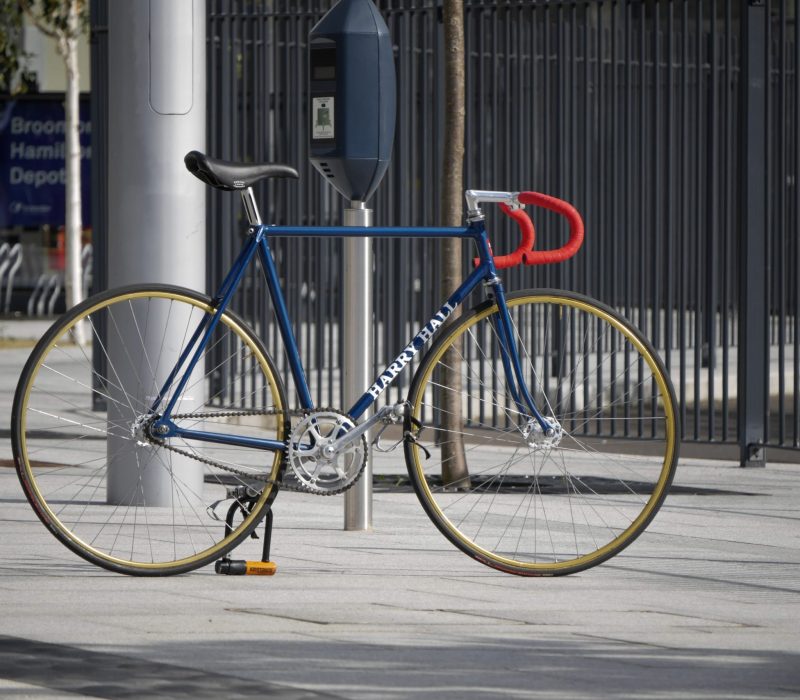 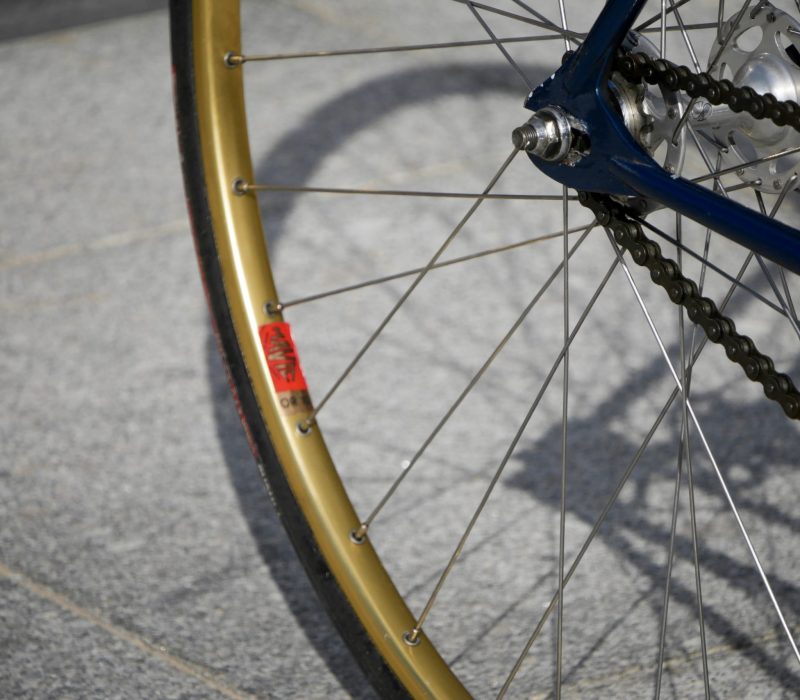 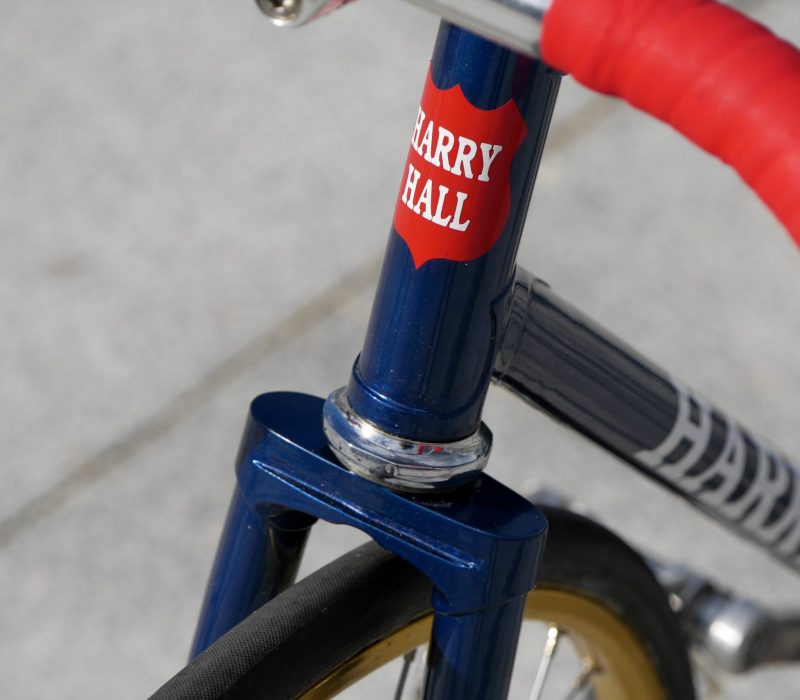 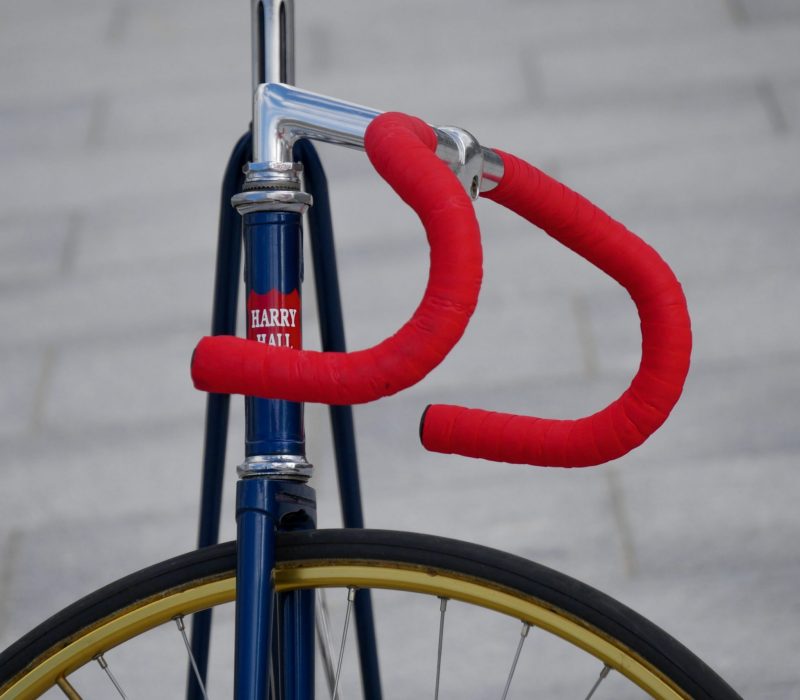 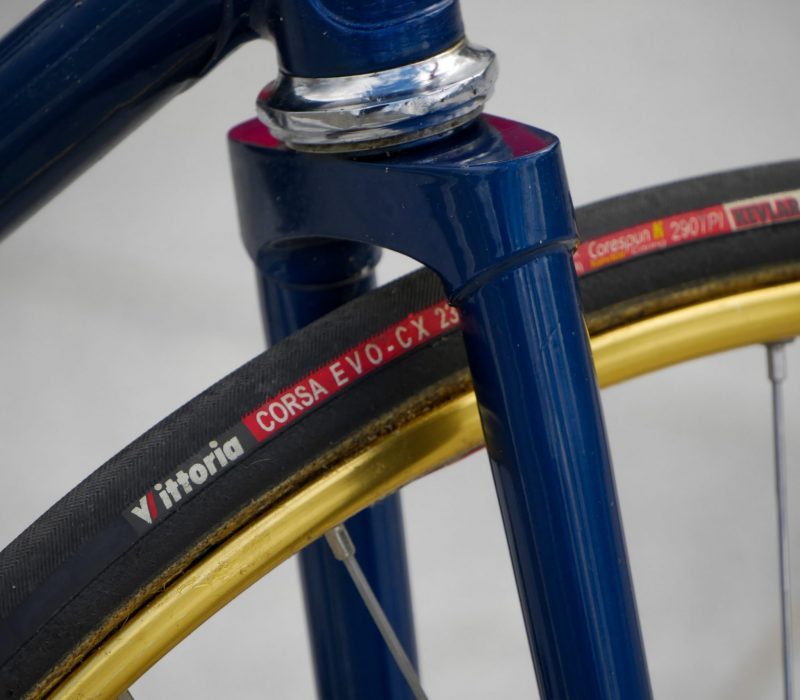 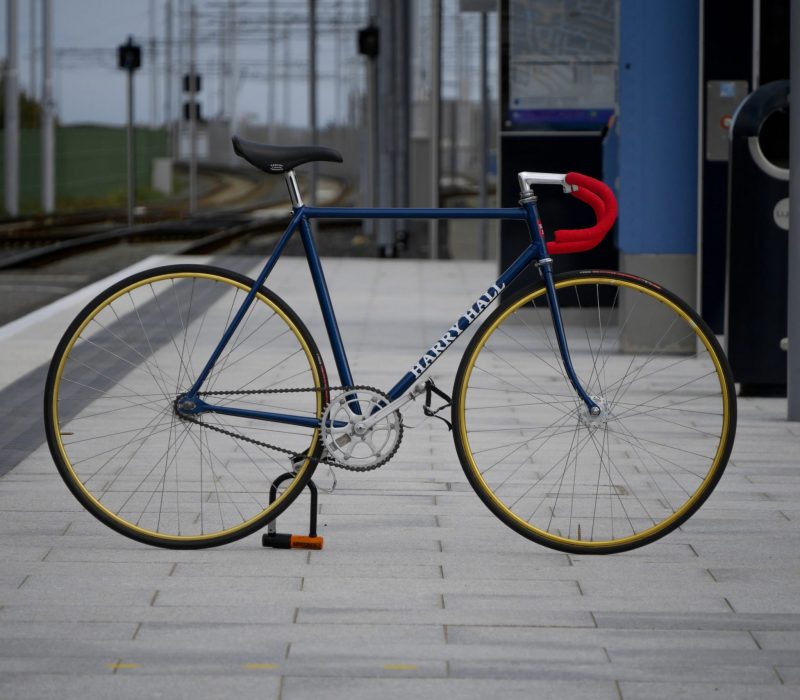 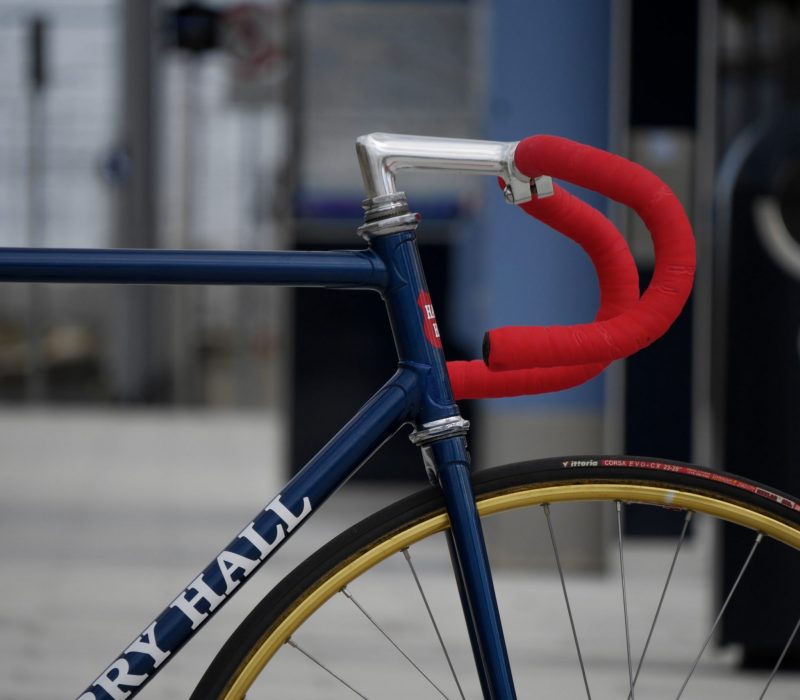 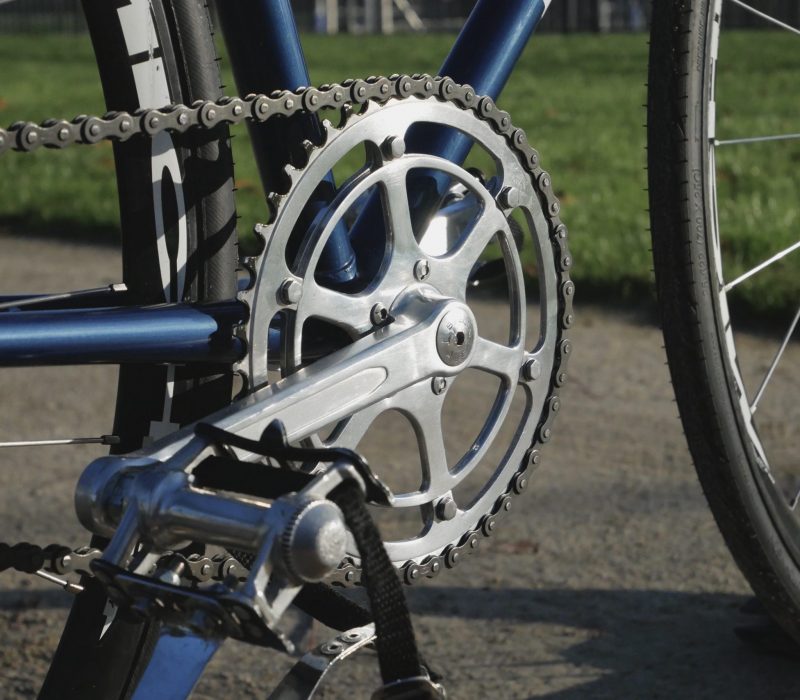 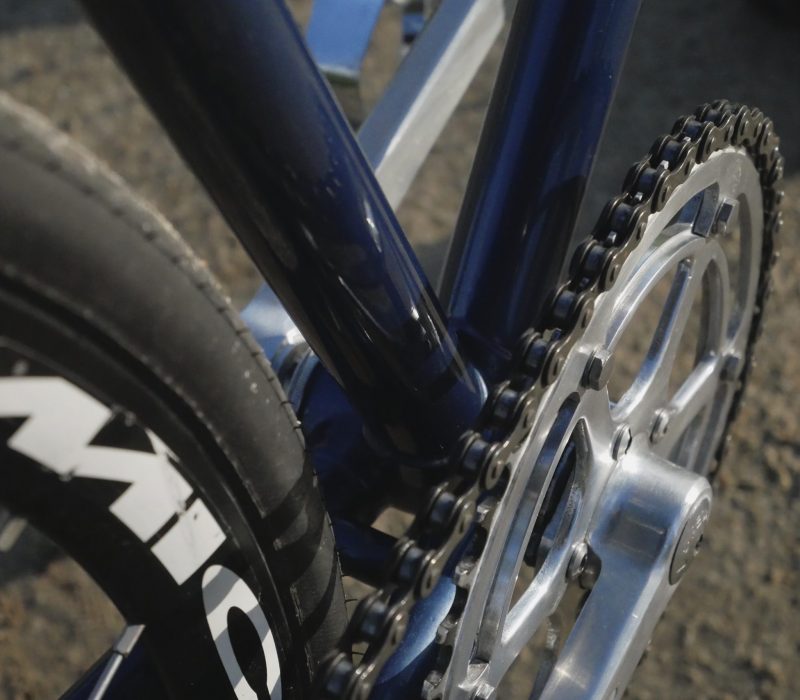 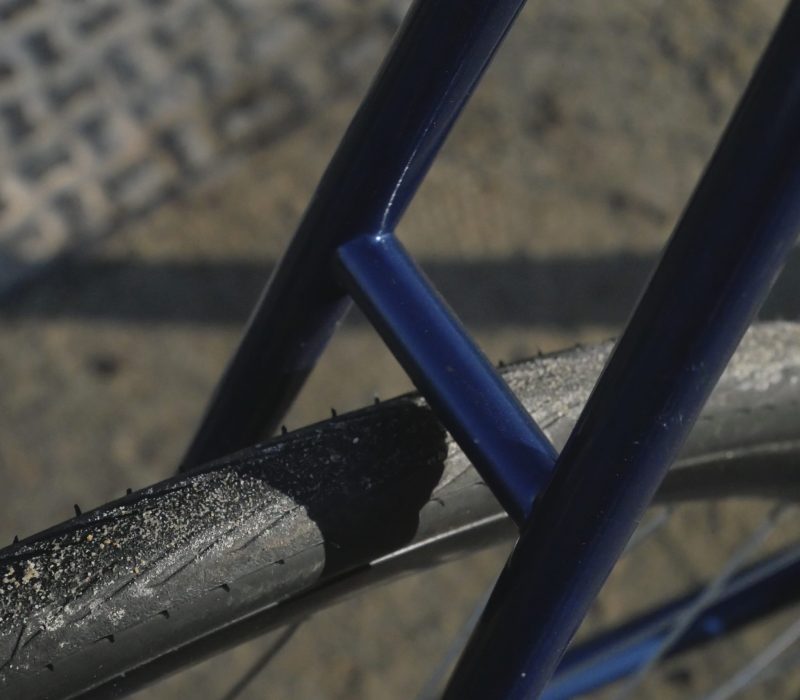 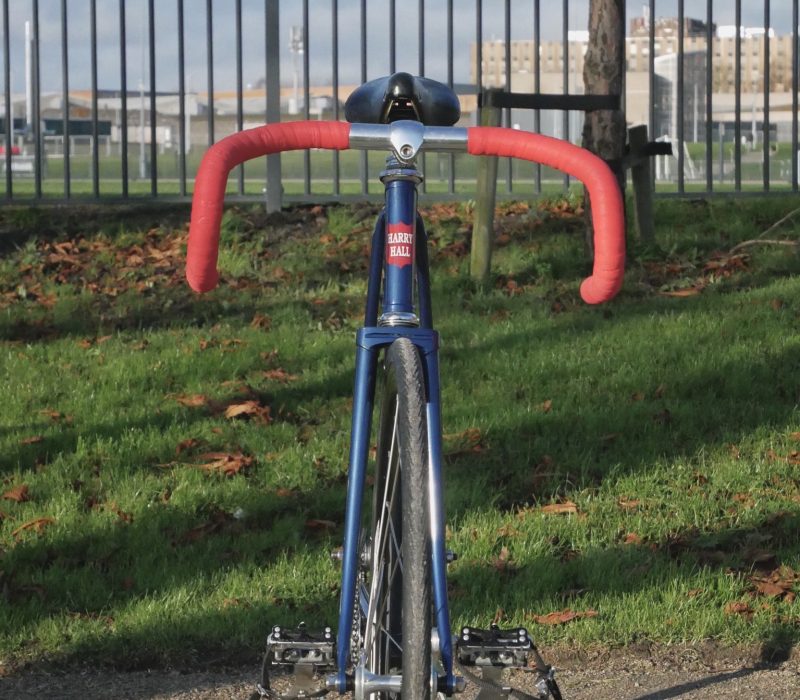 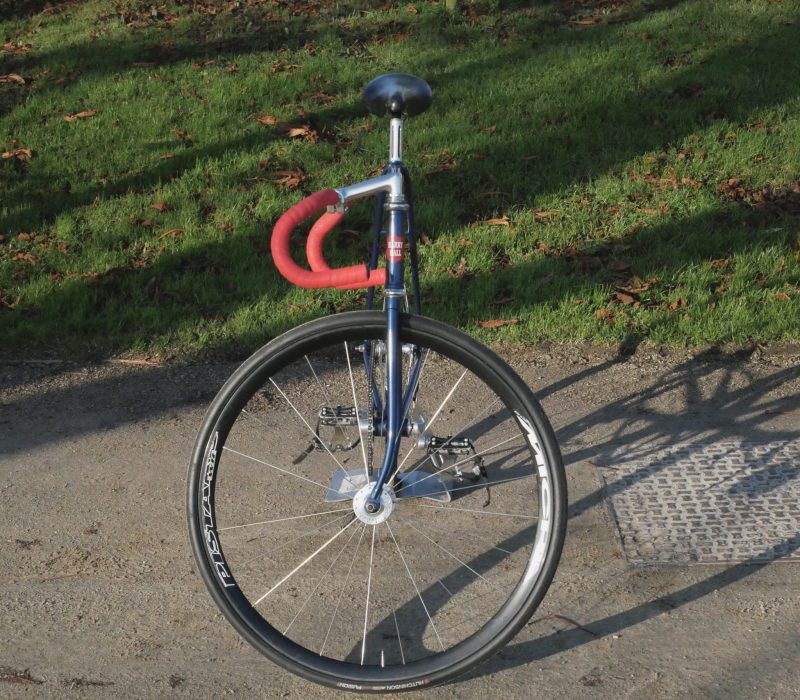 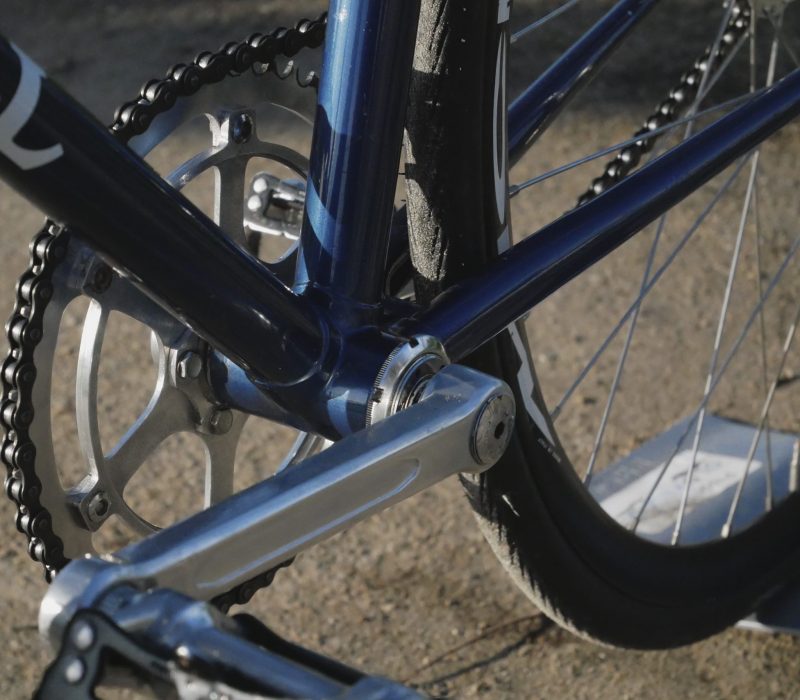 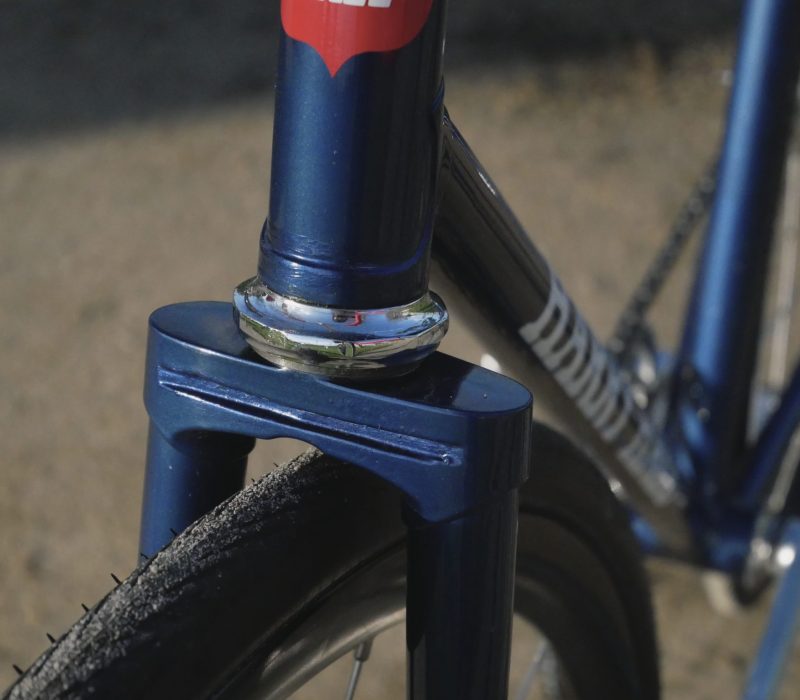