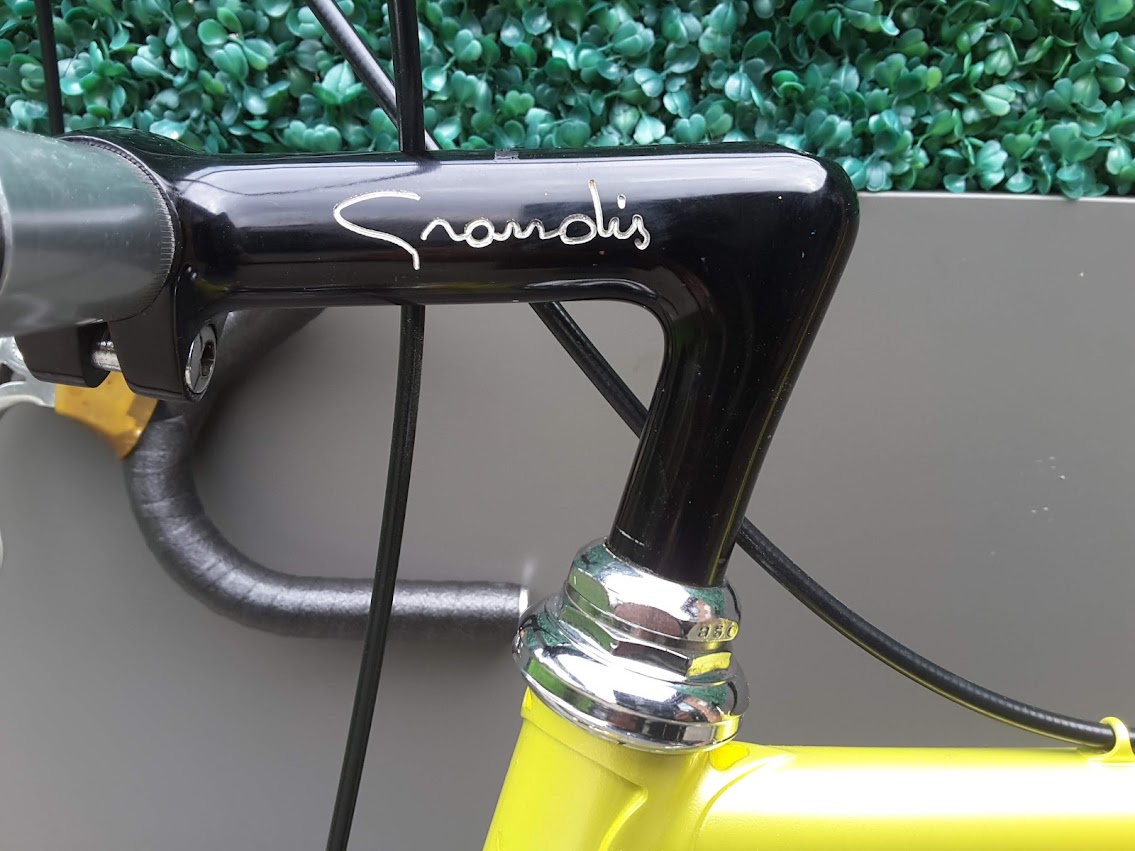 This month’s ‘Bike of the Month’ was built and is owned by Richard Johnson of Manchester UK. We love how Richard has ‘gone the extra mile’ with this build and mixed a frame and components from lesser known manufacturers to produce a thing of real beauty.

Richard says: I wanted something different from the usual Campagnolo build. So I chose and sourced a Zeus 2000 groupset over a few years which included the famous milled and drilled chainset. The wheels came with Zeus 2000 hubs and 32 spoke Martano tubular eyelet less rims and were near new condition. The cockpit is a black anodised Cinell 1A stem which I got engraved and fitted with Cinelli 64-42 bars. The saddle is Arius made for Zeus with the unusual Zeus 2000 seat pin.

Grandis are lesser known but respected Italian marque and still exist today.  Silvino Grandis was the official mechanic of Gianni Motta of Sanson in the 60’s. The Special was built out of Columbus SL around the early 80s and had an engraved badge on the head tube. All the lugs are a microfusion type made by Grandis. The brake bridge is curved so its lower on the chain-tays to give more strength.  My frame was inexpensive and was acquired with the knowledge that under the top tube had some evidence of rust. Ultimately it needed replacing by a Club Member who is a frame builder. The frame was re-chromed and finished in Grandis stock colour (metallic lime/yellow) by Atlantic Boulevard who also produced the decals. 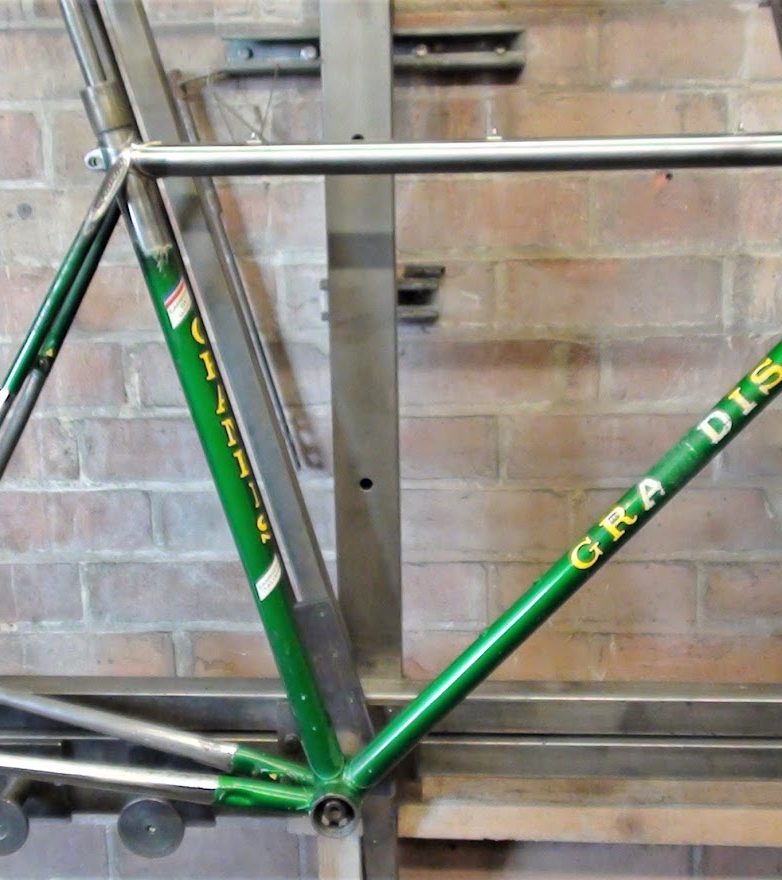 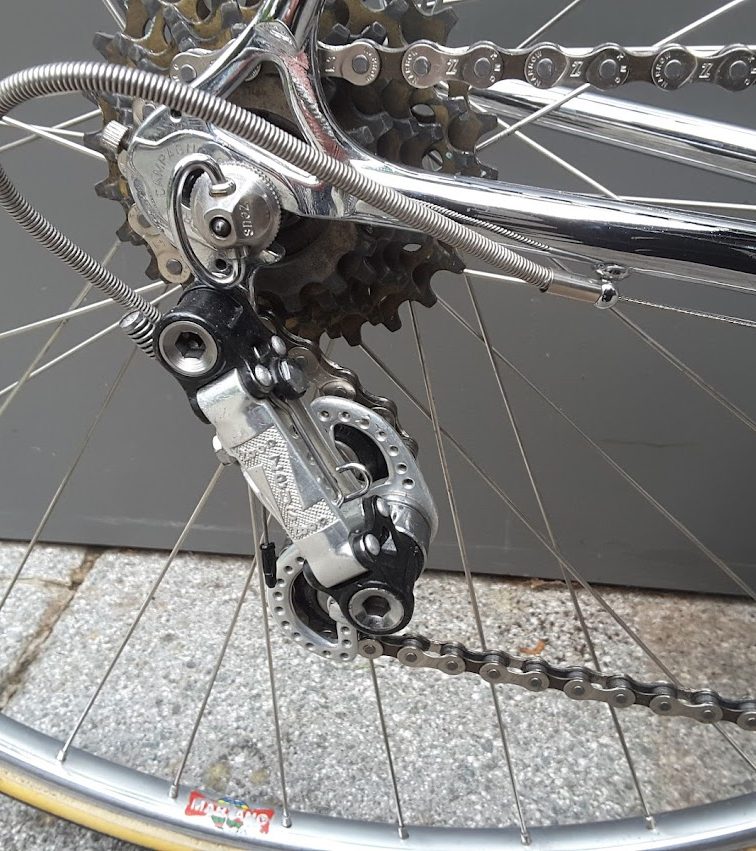 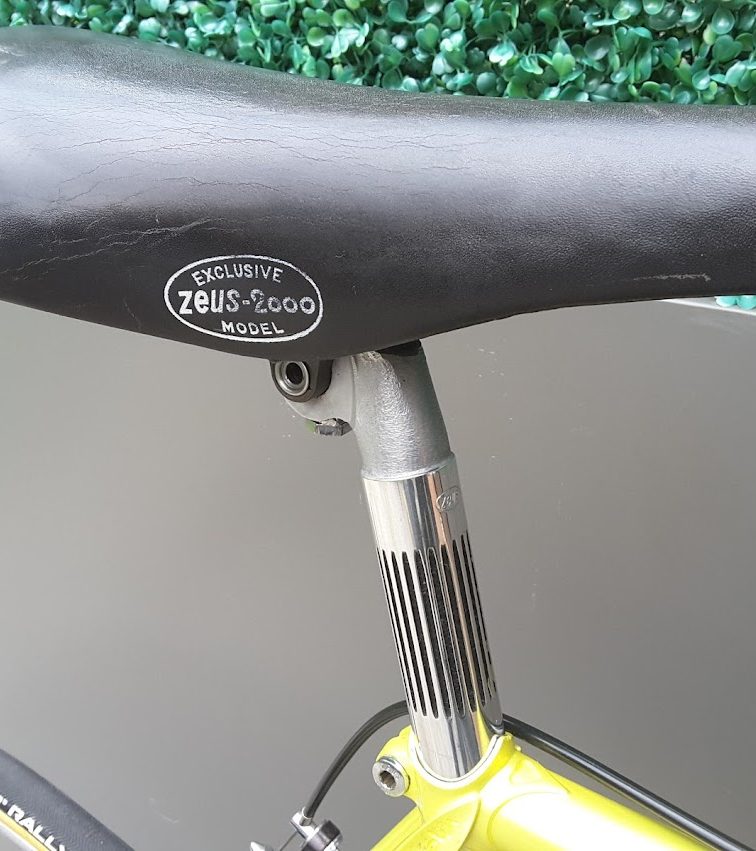 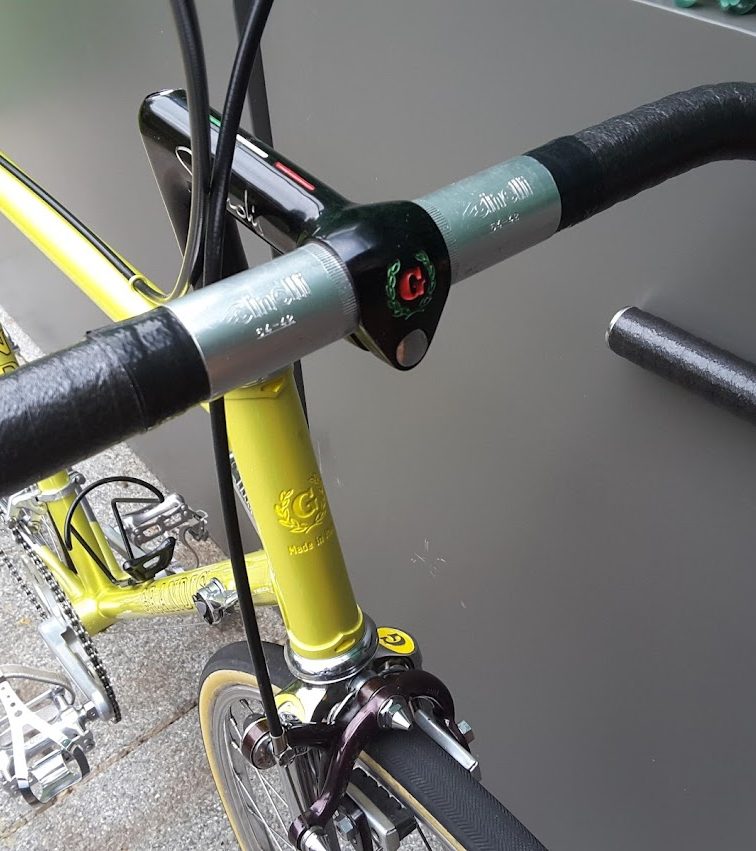 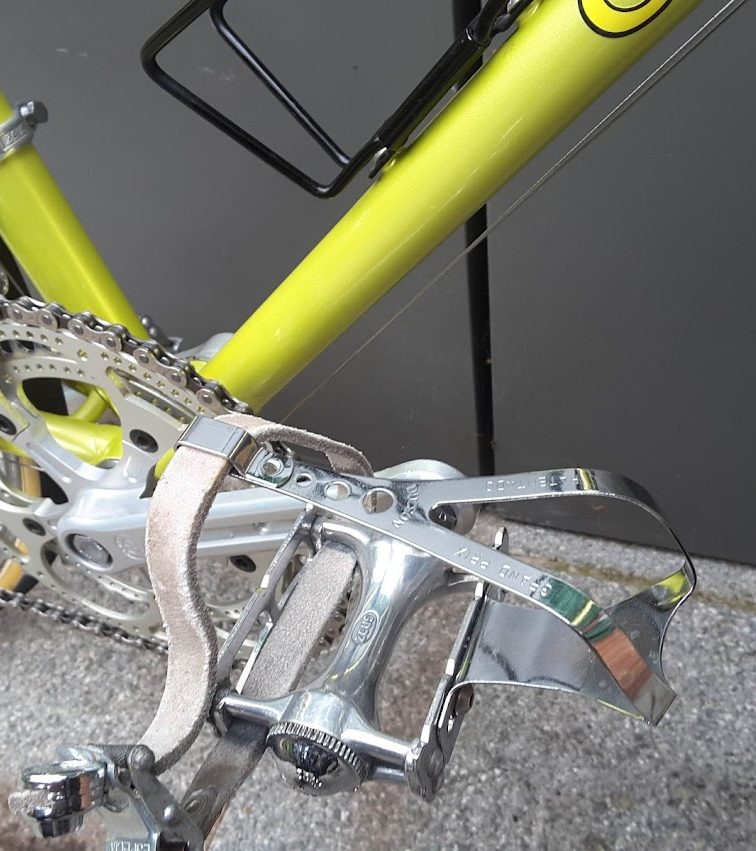 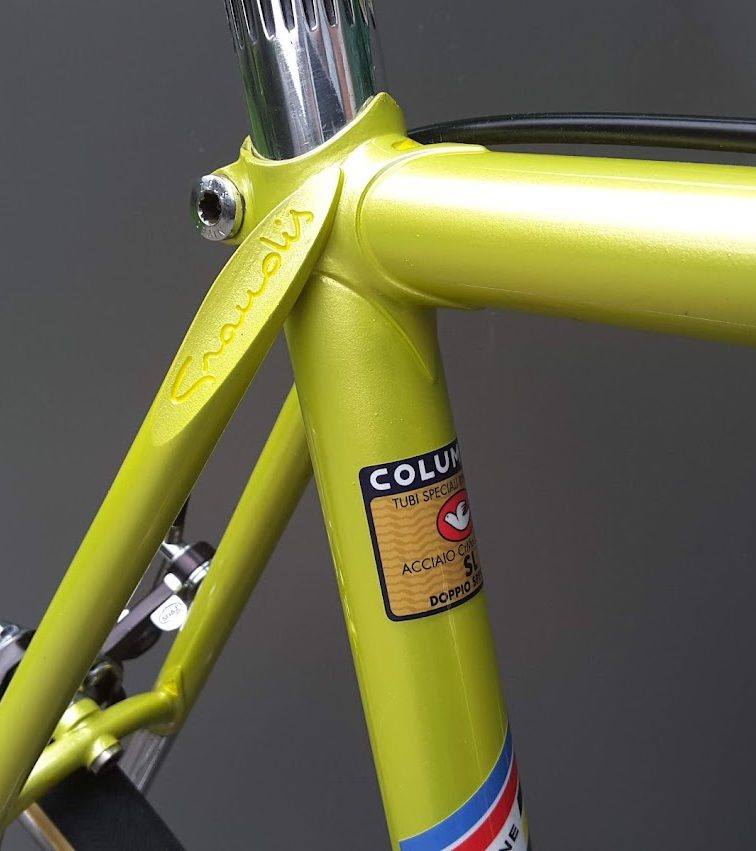 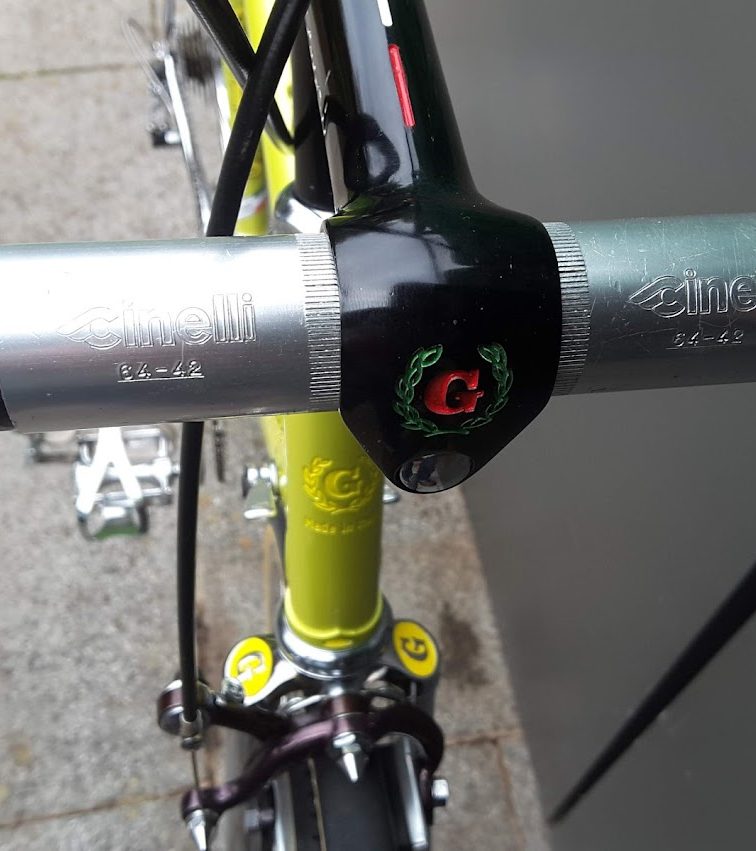 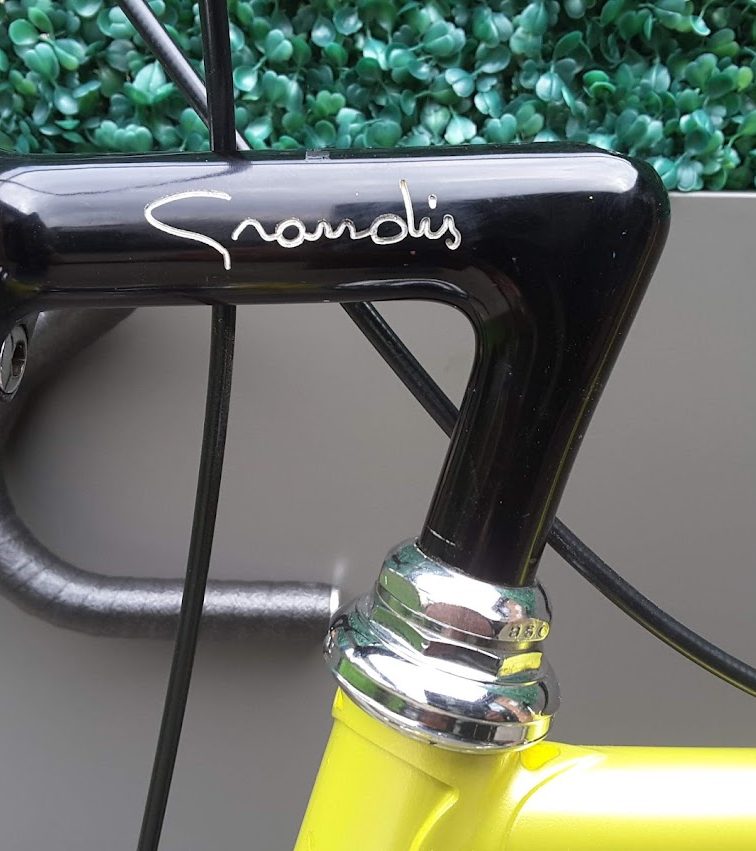 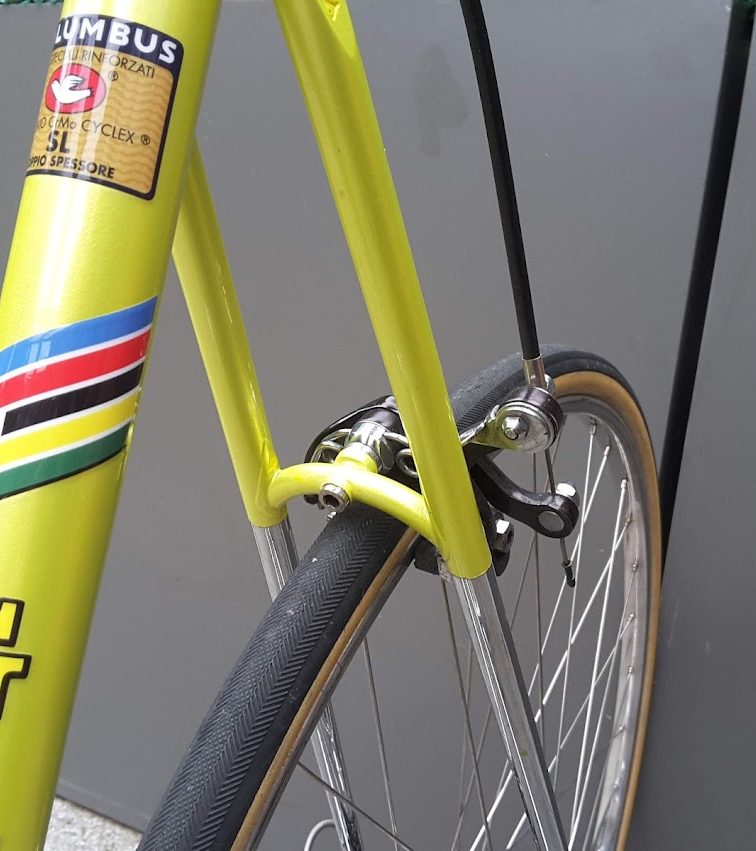 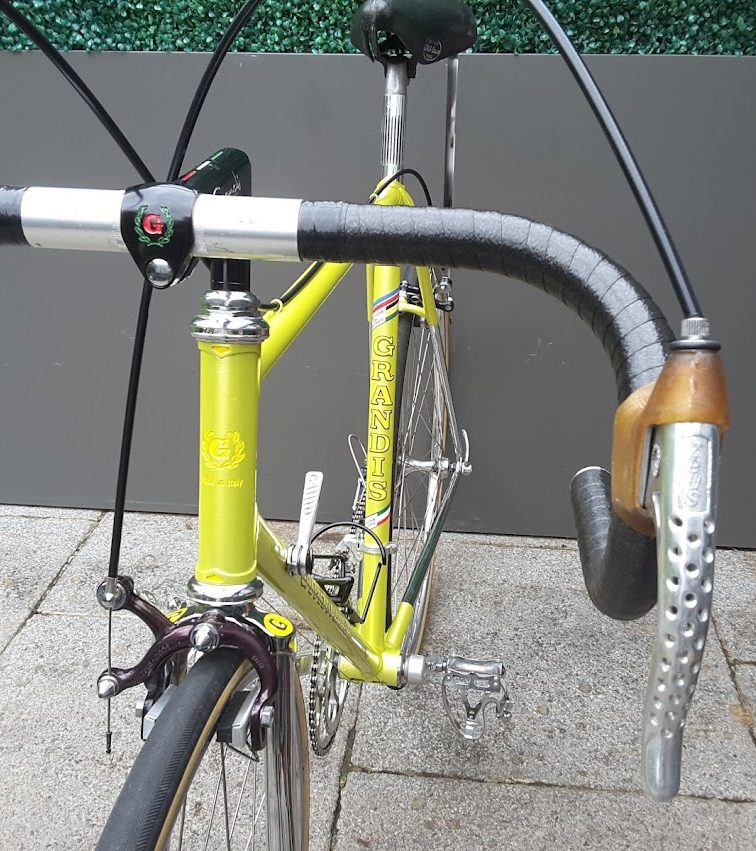 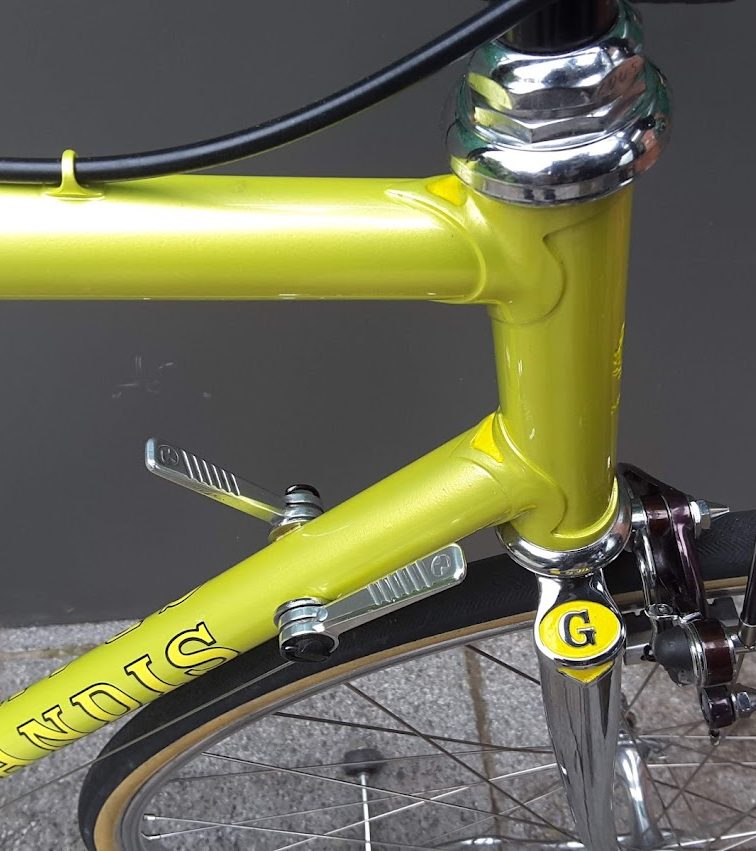 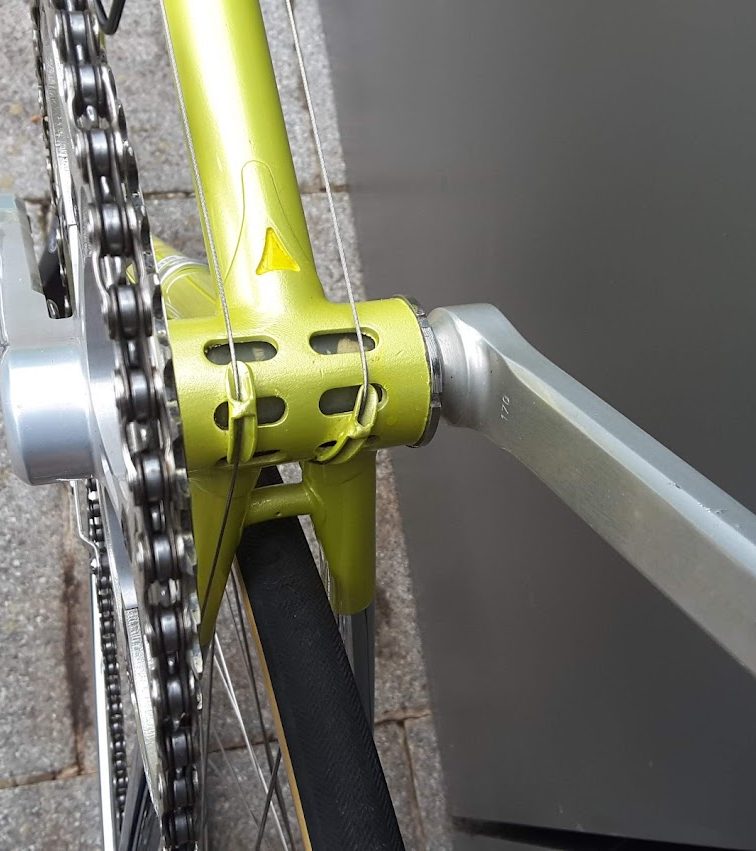 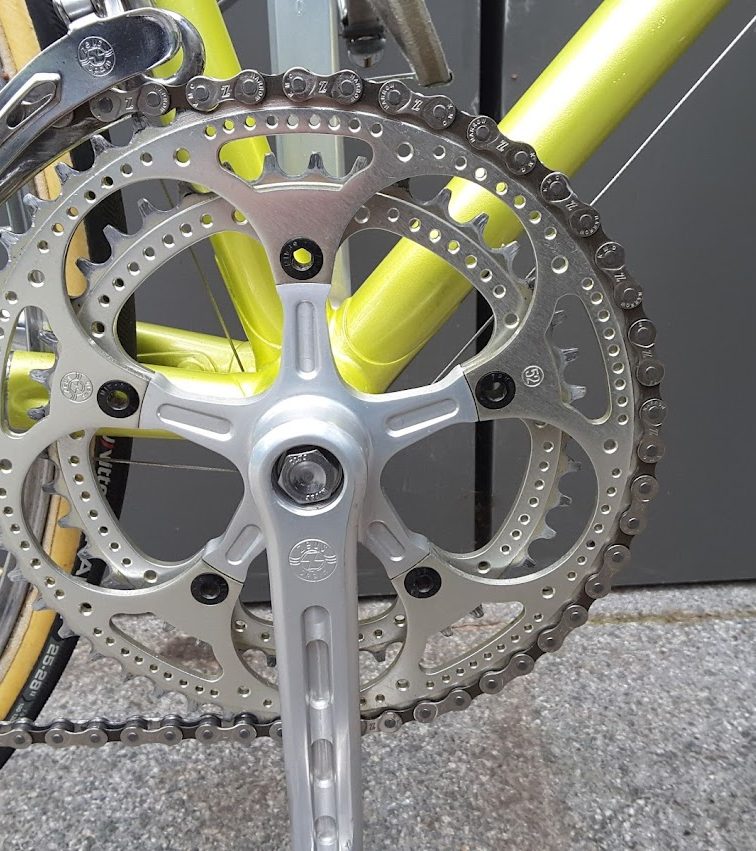 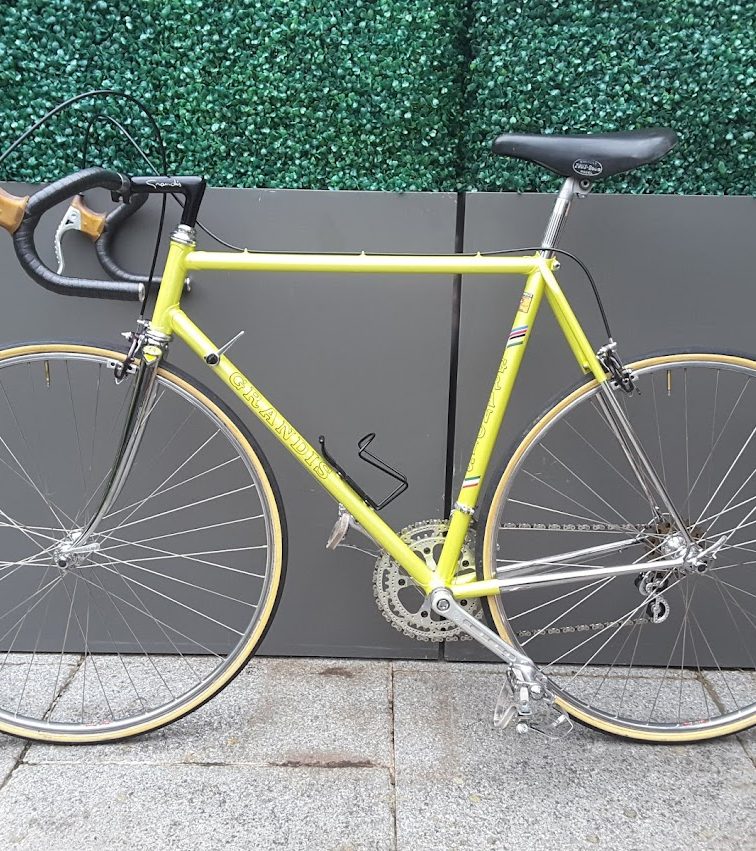 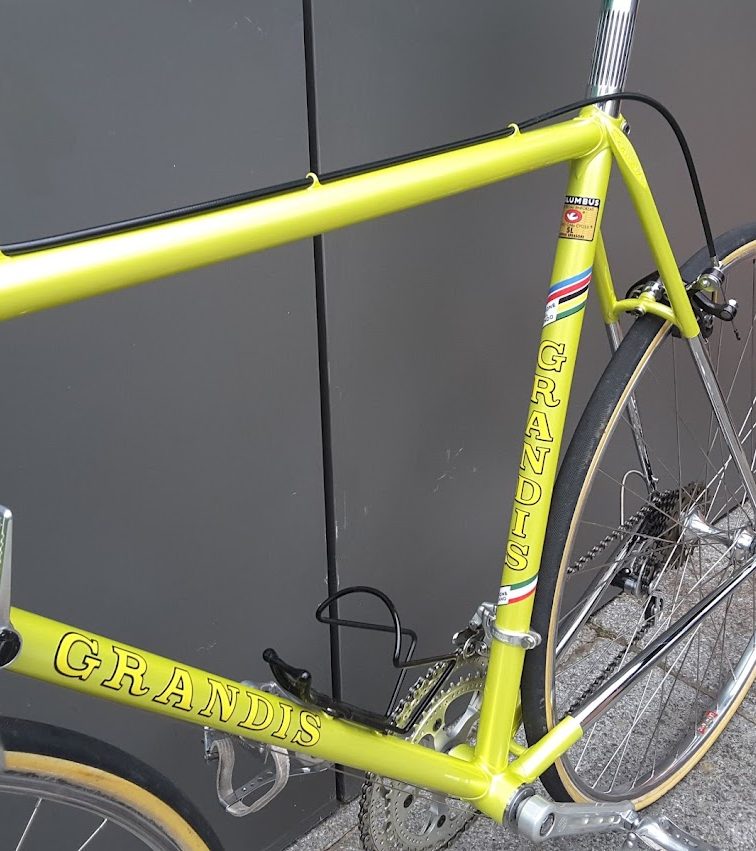 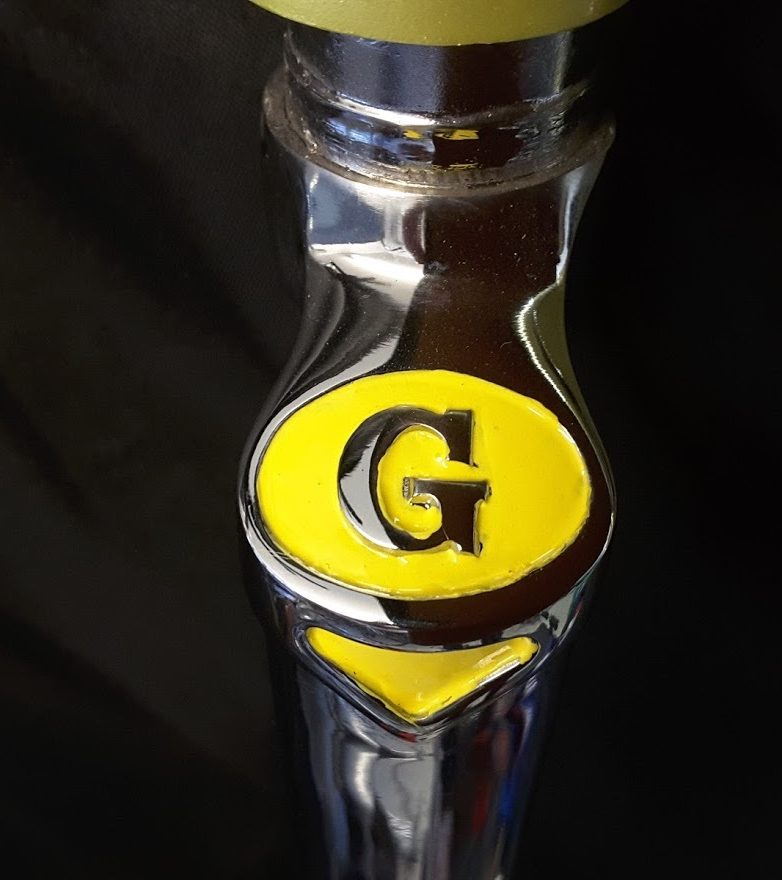 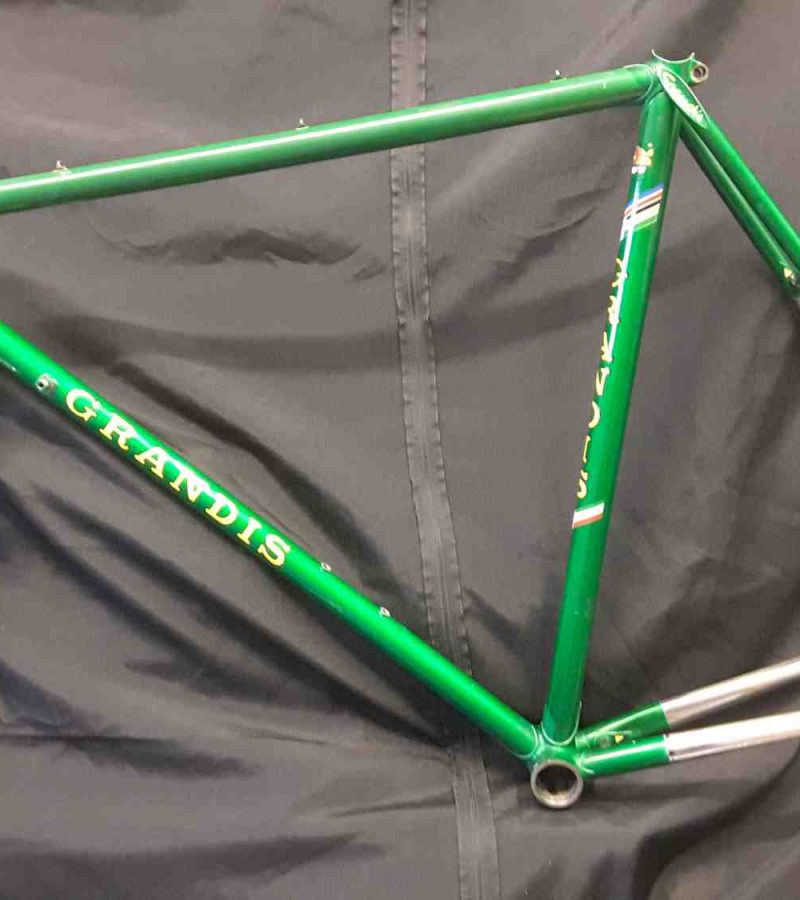 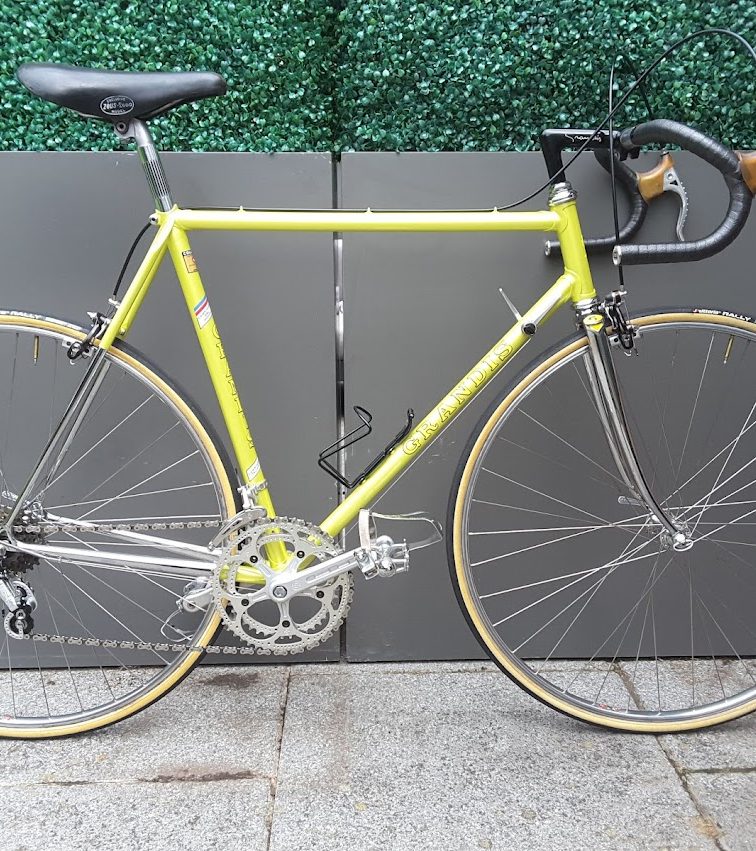 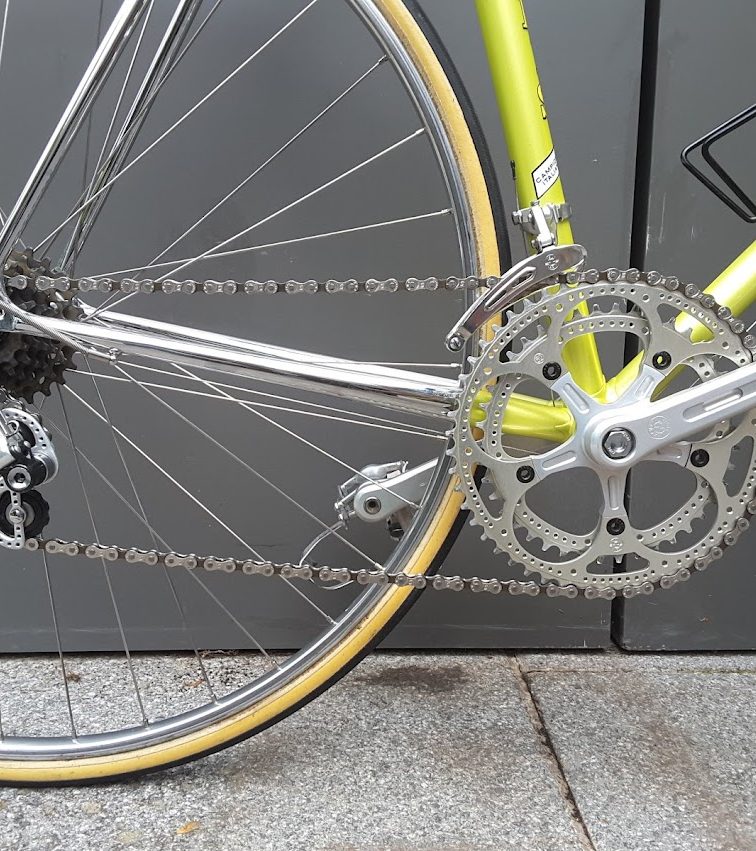 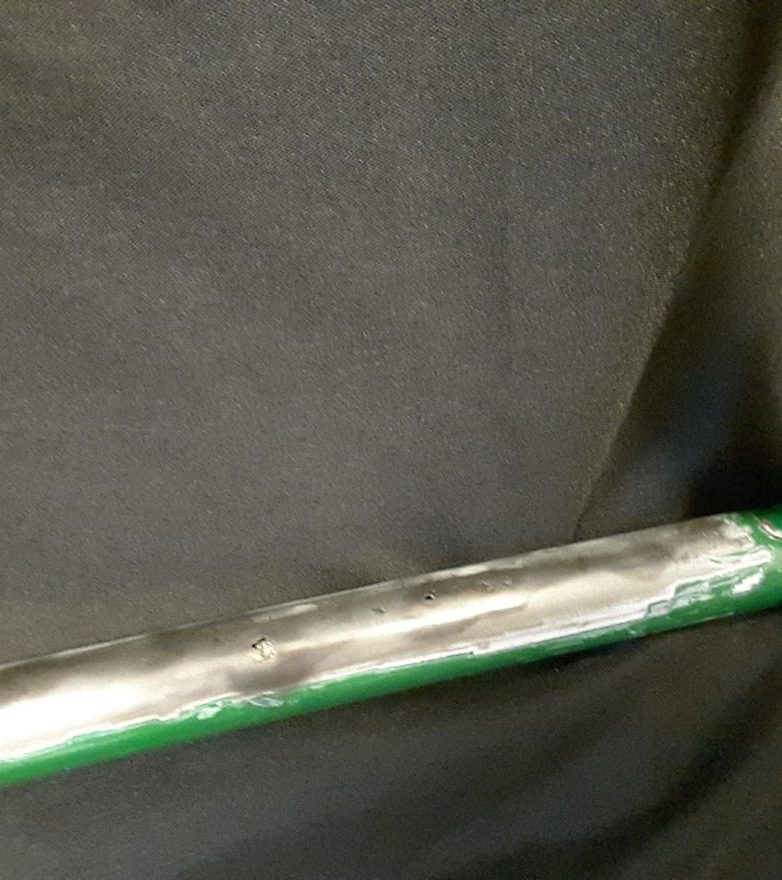 Does your bike have what it takes to be the OldVelos ‘Bike of the Month’? The owner of December’s BotM will receive a prize of a Park Tools SCW-15 pedal / cone spanner. The entry form is located <here>