The owner of this bike is one of the Irish diaspora currently living in Australia. He keeps the bike in Ireland so as he can use it when he returns for holidays. Harry Quinn was a brand very popular in Ireland, possibly because Liverpool has a large Irish community and was easy to get to on the Ferry. As you will see it has an eclectic mix of components as you often see on a bikes of that period.

The bike is as original except  for the pedals but the owner does have  period quill pedals and clips. The components are original or NOS. It has Simplex gears and levers (Super slj Prestige), Ofmega cranks and rings, Modolo brakes, Campagnolo Record hubs , Mavic gel 280 rims with tubs , Cinelli Volare slx saddle , ITM bars and stem.

The current owner has had the bike  since 82 and is the second owner. He had the frame  refurbished in 2001 by Terry Dolan, who used to work with Harry.  The bike has done a lot of miles over the years and completed the Lands End to John O’Groats 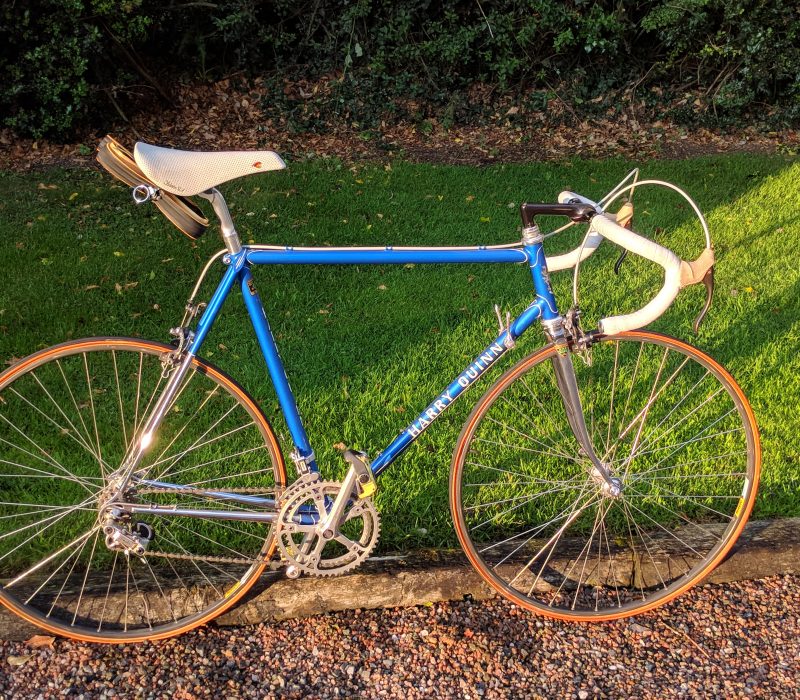 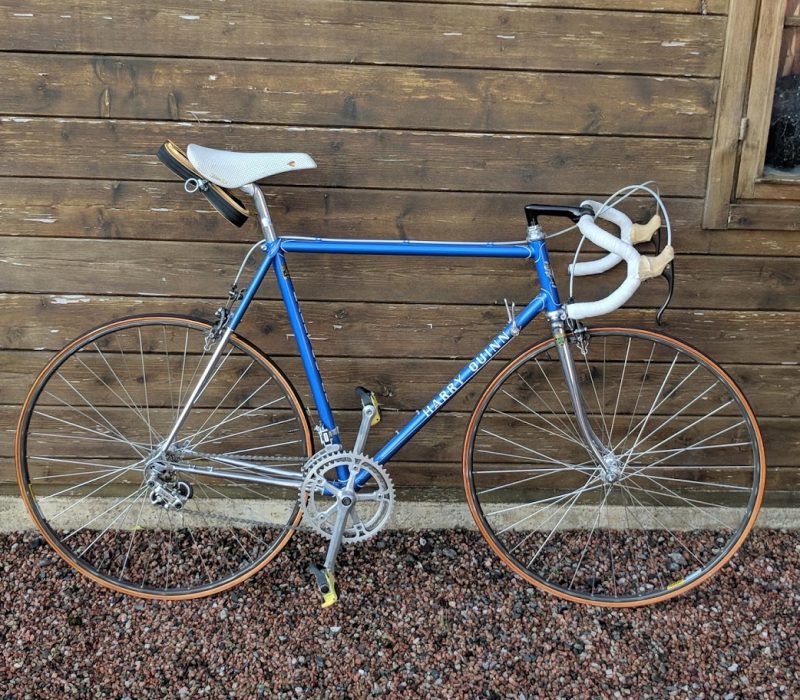 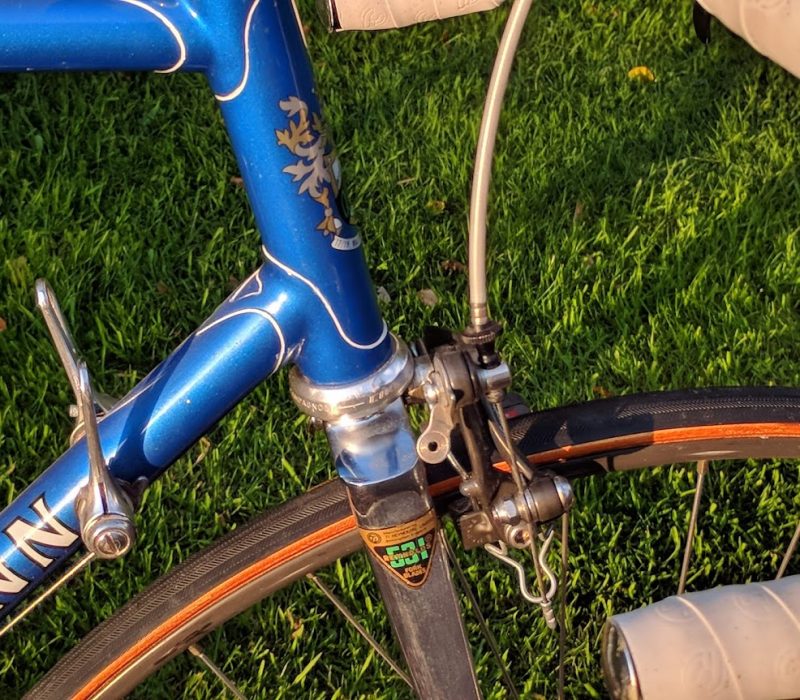 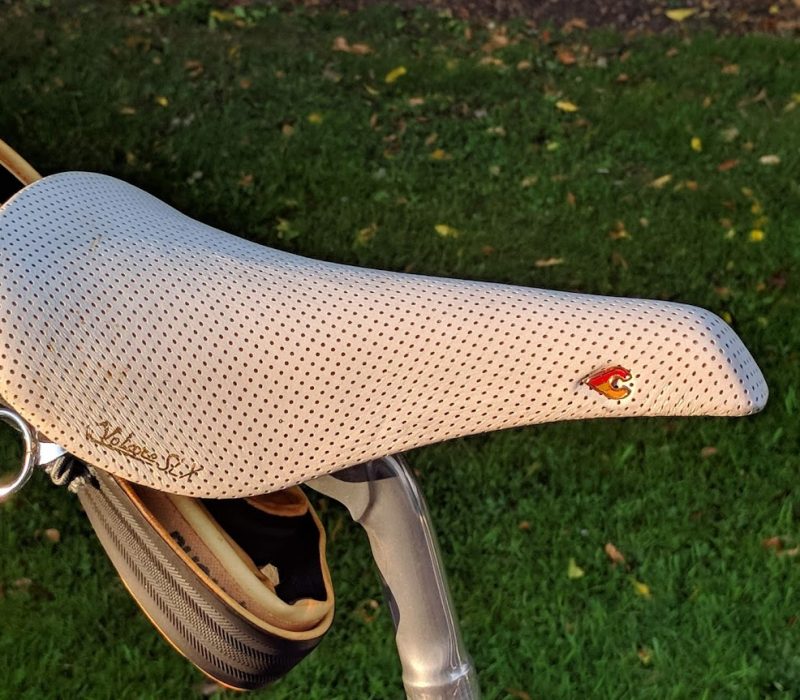 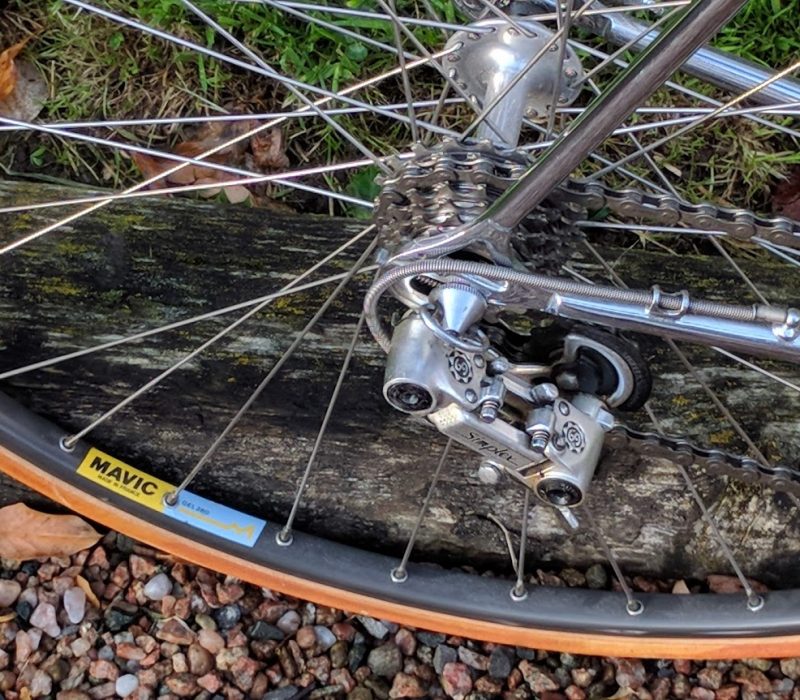 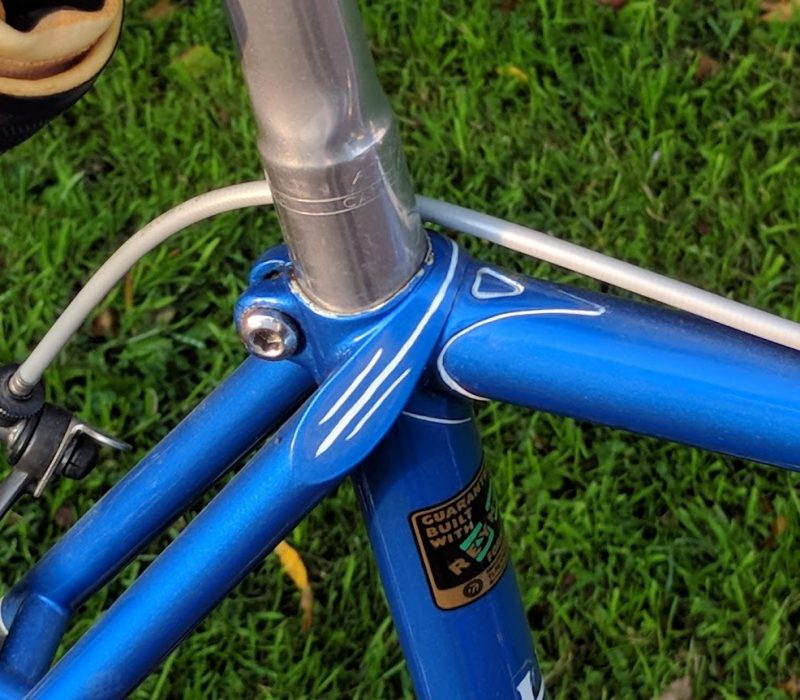