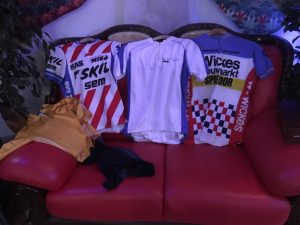 One Spring morning OldVelos, the vintage cycling group, took it upon themselves to cycle part of the Ironman Ireland route in Cork.  We had heard it was tough.   Ah come on, how tough could it be? So we tested it on a vintage trike.  That’s right. T-R-I-K-E.

We started somewhere in the middle of the course, the start was far too far away from OldVelos’ God-forsaken lair.  We wrote about it on www.OldVelos.com.  The lovely roads, scenery, history, pot-holes.  We knew Cork County Council were on the case.  Told our readers so.

The route changed every now and again, then remained, then changed and OldVelos were there to feel riders’ pain, delight, relief as hill after hill melted away to glorious straight.   We gave in to the courses secrets; it’s a course to remember, cherish, like birthing pain.  Remember, we were on cycling’s versions of triplets.  You’ll ne’er do well taking your eye off one.

Finally, OldVelos made it to Youghal.  Not for the first time, mind.  We got mislaid when doing the beautiful recce around Mount Uniacke and Inch and complete missed Murphy’s Hill.  Then one day, we made it to Youghal proper, as the song says, “with the wind in our hair”.

What went through OldVelos mind? Only Tadhg Jordan’s Johnny Jump-Up.  We had listened to it many times of yore.  Jimmy Crowley transformed the song’s hero into an unforgettable puppet animated by Jimmy’s mastery of verse and very potent cider.  “O never, O never, O never again, If I live to a hundred or a hundred and ten;  For I fell to the floor and I couldn’t get up; After drinking a pint of old Johnny Jump Up” 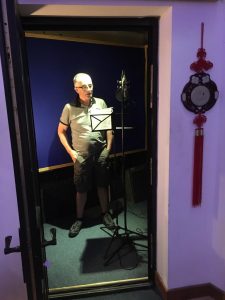 What, thought we, if Jimmy’s hero saw an Ironman sign and said “sure, why not?”.  To explain the mental gymnastics that brought us to Flash Skin Tight Suit would require professional help, hours on e-bay and more than one bike.  Our luck was in then when Jimmy published the song in the sheet of the street; our luck was out that OldVelos’ voice is not so sweet.

We now had sound, but sadly no picture.  Step forward Rory O’Toole, photographer.  Rory shot, sniped, scatter-gunned from the cross-hairs of his camera.  OldVelos relations took cover, but to no avail.  OldVelos would like to thank family members, friends, absent foes and others, who really should have known better, for appearing in this video.   Special thanks to those we accosted, ahem ‘asked nicely’, to appear on film with about 5 seconds notice.  We have nearly all their names. 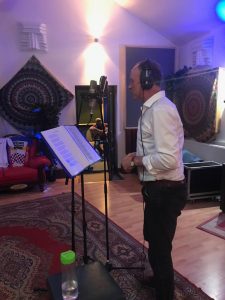 Well done to the organisers, competitors, long-suffering families and their local credit unions, for getting them all the way to Youghal.  And then what, when after they’ve left?  John Innes of iTri-Coaching and his team have left a memorable route.  You can read all about that in OldVelos’ Route Notes. – available from the OldVelos Shop, The Walter Raleigh Hotel; Claycastle Beach Shop and our Craft Stall in Youghal.

If we don’t see you then, we’ll see you on your high nelly or racer at the OldVelos Vintage Classic, July13/14, Kilmacthomas in Co. Waterford.