The Bespoked show in the UK was in its usual spot in Bristol Temple Meads railway yards recently, and as a celebration of the craftsmanship involved in bike manufacture, it’s a pretty good bellwether:  frame building is alive and well!   It’s not all carbon & electronics from the big manufacturers that is catching the eye and wallet of discerning cyclists – going bespoke can offer a fantastic level of personalisation.

The entrance to the show was flanked by London company Saffron Frameworks & Brighton-based Reilly Cycle Works, both with beautiful new-build show bikes on display, while a few metres away Golden Age Cycles had a lovely display of vintage machines bridging the old and the new together.  Saffron (www.saffronframeworks.com) are creating beautiful frames built to order – steel tubing of your choice, ornate lugwork, custom paint jobs; Reilly Cycles (www.reillycycleworks.com) are also producing truly gorgeous frames, in Titanium, Steel or Carbon, and are proof that craftsmanship is timeless – the several month waiting list at both would also indicate that it is still very much sought after, and the prices no deterrent.  Most of the show bikes were finished with top end Shimano, SRAM or Campag, with the new 12 speed drivetrains much in evidence.  There were two examples of Rotors 14 speed hydraulic drivetrain – but as neither of them were operational it’s not possible to give (or get!) any feedback on them. 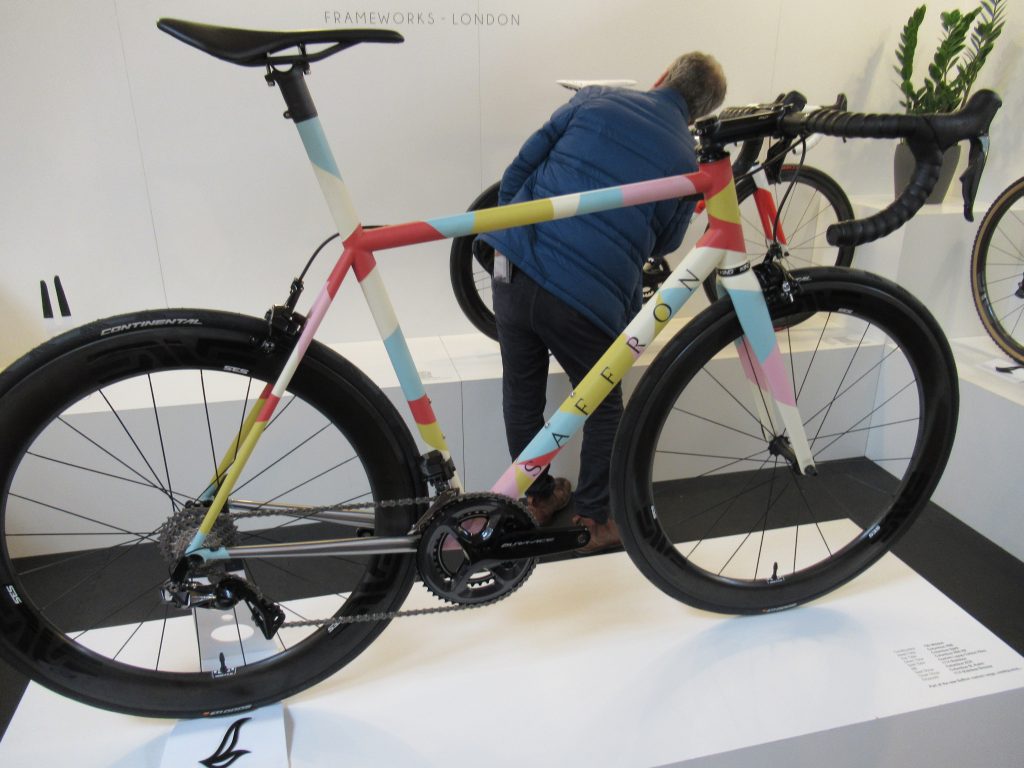 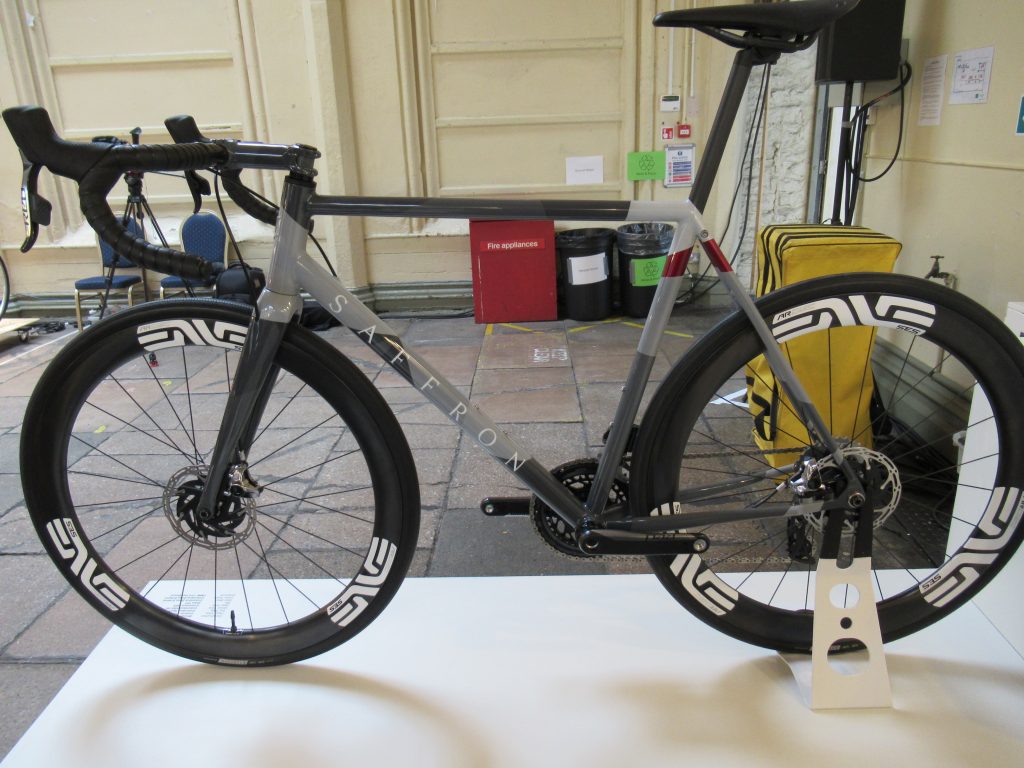 Neatly bookending the exhibition at the end of this writer’s visit was the single bike display of hilite bikes, a Swiss builder specializing in titanium builds: (www.hilite-bikes.com)  and what a bike they had on display – this bespoke Ti tandem was a direct result of its owners visiting this show a year earlier, and being so impressed with the hilite builds that they entered discussions with the company with a view to ordering a tandem, with some very specific requirements: they were scheduled to collect this at the end of the show and I would love to have seen their faces when they collected  – the bike was an absolute beauty, and weighed in at less than my daily commute bike!  And it’s a Tandem!! 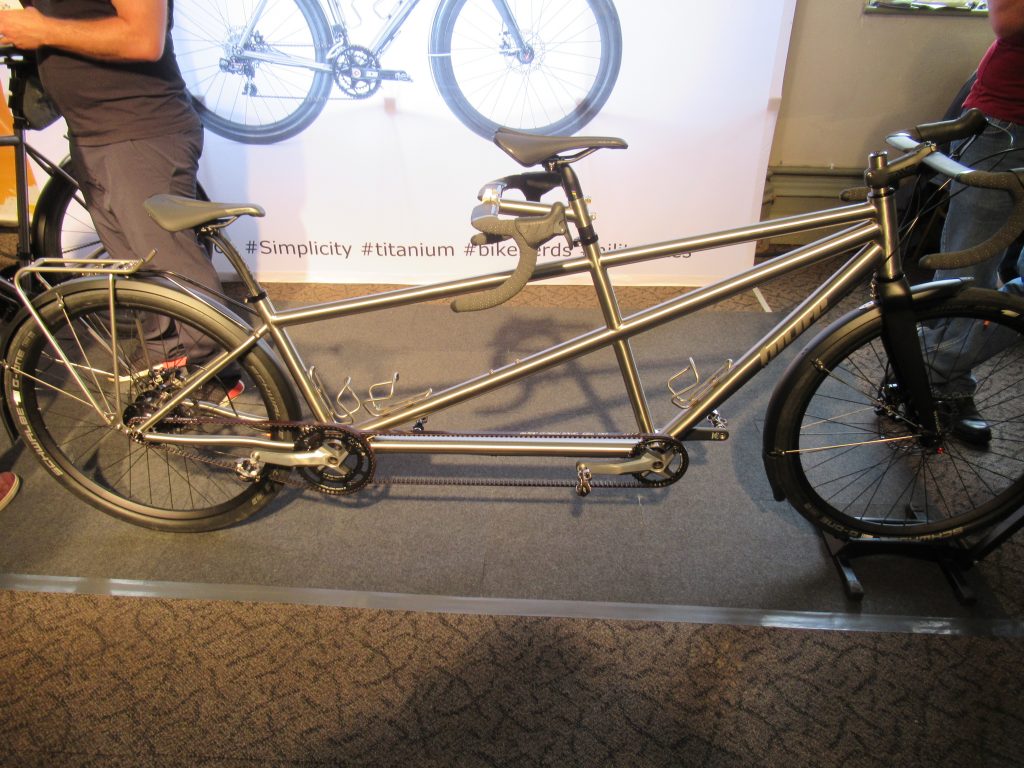 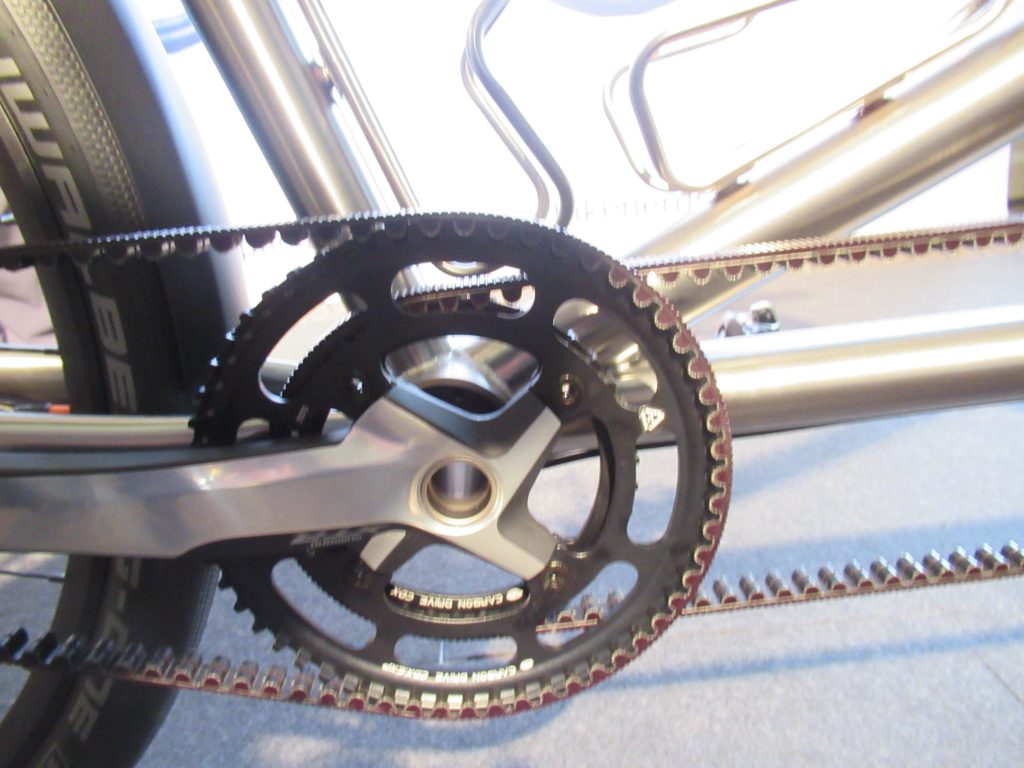 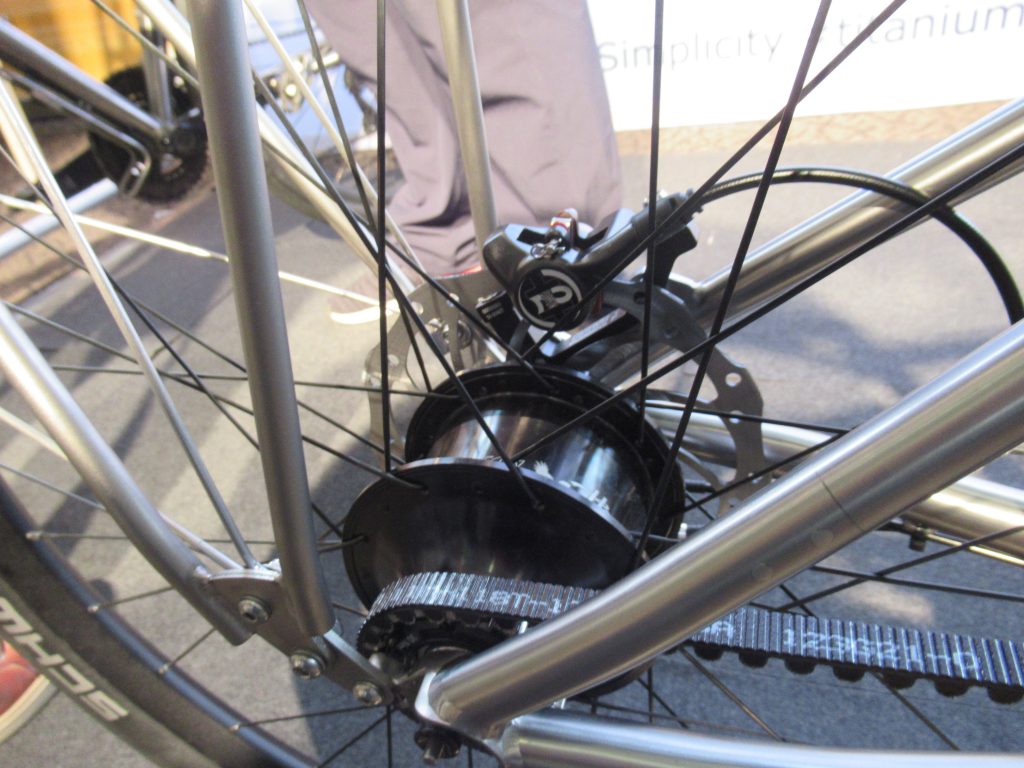 There was a mass of good stuff to see throughout the show, and my 4 to 5 hours were at least 2 longer than I thought I would manage (luckily the food and drink people were also of a very high standard) & it wasn’t just all high-end beauty:  there were stands from two of the biggest names in steel tubing –  Colombus and Reynolds –  bamboo bicycles from tri-sept and willow (Willow!! – ) bicycles;  there were specialist paint finishers and fantastic wheel builders (ryanbuildswheels.co.uk), there were frames and bikes from Brevet Cycles (pic), framebuilding training courses on offer, and unbelievable skill levels from tool and machine makers (Academy Tools) – plus some very well known global names: Chris King, C-Bear ceramic bearings, Campagnolo with their new 12-speed groupset in EPS & Mechanical format, ENVE wheels, Moulton bicycles and a fascinating project from well known manufacturer of kids’ bikes, IslaBikes, which is trying to change the ownership model:  lifetime leasing with changes of model when required, anybody?