Before OldVelos became OldVelos we were just a group of enthusiasts who came together to quietly commemorate Shay Elliott on the 50th anniversary of his yellow jersey.  We chose Shay’s training ground in Co. Wicklow: Kilmacanogue, The Long Hill, Avoca, Roundwood, Laragh, Glenmalure – the Shay Elliott climb.

That was five years ago and I had already long yearned for a Helyett by then.  The Mafac brakes came first, then a Stronglight chainset.  Irish rider Denis Brennan gifted me a leather saddle.  Hugh Thornton in the UK kindly swapped me the frame for a Motobecane.  OldVelos’ Paul Musgrave put a French stem to my bars.  The Mavic wheelset with tied spokes came a year ago.  All I was missing was the Simplex LJ seatpost. 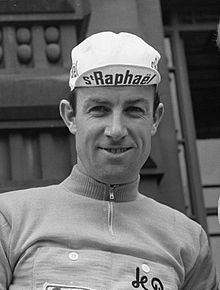 I didn’t want a flashy seatpost to complete the build, nor for that matter, could I afford the expensive ones. Heck, this build had been ongoing for five years, it could wait.  To complement my nonchalance, I forwent the ease of a ‘saved search’ which throws up items on eBay as they appear.  This was between me, a near 60 year old bicycle part and the internet.  I put in a successful bid. I knew there comes a certain anti-climax with eBay success.  Oooh, the chase, but then the dread.

Shay Elliott is dead.  Not everyone knows that.  Nor that he was Ireland’s first professional cyclist.  And a damned good one too.  They don’t know he wore yellow, but for the three days Ireland welcomed JFK.  He was 2nd, might have been 1st, in the 1963 World Championship. Won Het Volk.  Although it’s not well known, Elliott set amateur world records for the flying kilometre and 10 kilometre standing start. A talented, but unlucky rider, mainly on the Helyett team.  Read Graham Healy’s “Shay Elliott – The life and death of Ireland’s first yellow jersey”.   For now, I’m just delighted to be able to share my Helyett Spéciale and say, ‘thank you Shay’.

Officially, this year’s OldVelos Vintage Classic on August 26th will be our fourth event.  But for those who were in Wicklow on that day in 2013 it will be our fifth.   John Piggott, of Dublin’s The Bike Rack, put some perspective on our commemorative cycle to Shay that day, the day that launched OldVelos.

I would like to say our efforts were an appropriate tribute to Shay Elliott, but it strikes me that an anecdote told to me about Shay over the coffee break would contradict that. He said Mick Byrne (whom many of you will remember from Hibernia CRC and who is also remembered each year by The Mick Byrne Memorial Cycle, an event run by Sorrento CC) had spoken to him personally about a conversation he’d had with Shay. And Shay had said to Mick that he envied Mick’s ‘lack of ambition’. Mick was not offended, knew exactly what Shay meant.  I think the exchange epitomizes a dilemma encountered by anyone who becomes enamoured of cycling as a sport. It gravitates towards competition.  Cyclists will always vie with one another at some level. Yet competition, serious competition, can quickly disillusion most of us. There can, by definition, only be a few ‘greats’, and many, alarmed by the gulf perceived between their own talent and that of even mildly gifted ‘race men’, have given up not just competition, but cycling.  So, our efforts on Saturday may have been more in the tradition of Mick Byrne and maybe Shay’s memory is best served by his memorial race, run so successfully each year by The Bray Wheelers. But I’m certain Shay would have applauded what was going on, perhaps even envied us a little. 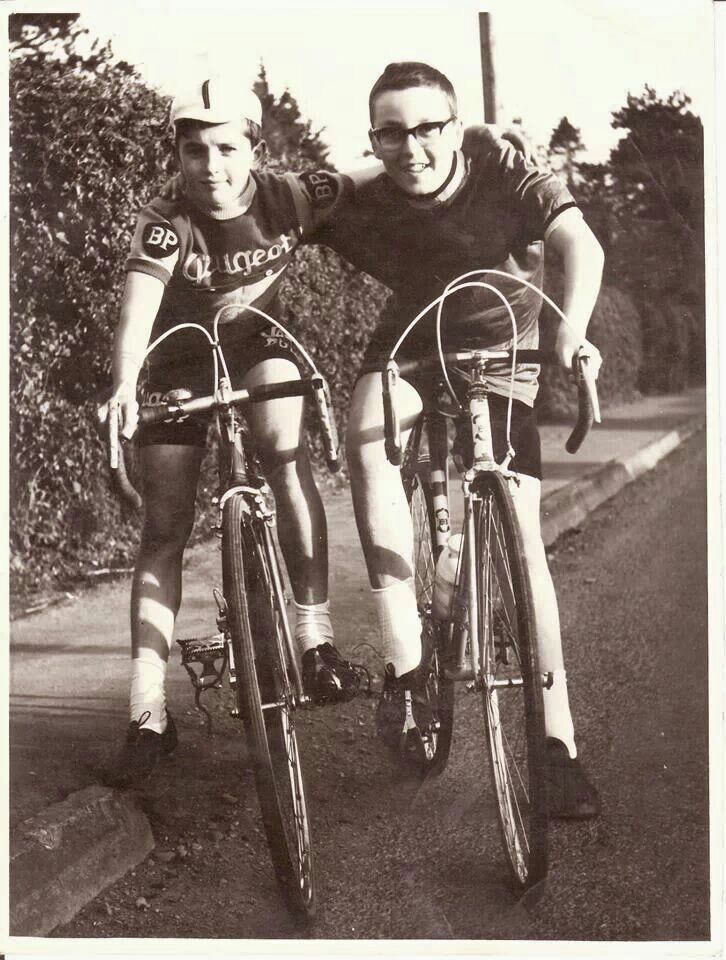