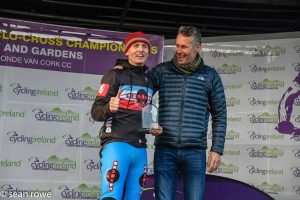 There’s a sign-on for all
But just to be sure
Cycling’s rules can have many meanings
At the bike check I looked
‘I’m innocent’ one sings
Sometimes feet don’t touch the ground in the pitlanes. 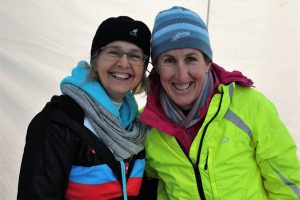 Oooh Corkery, we wonder
What did we do to you, it makes me wonder

There’s a feeling I get
When I take the bike for a test
And my legs cried this is torture
Mícheal surveyed the scene
Rings of shamrock in green
There’ll be bystanders all shouting and supporting. 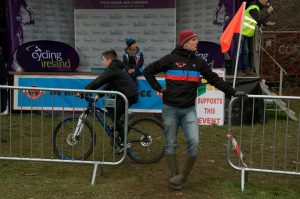 Ooooh Corkery, we wonder
What did we do to you, it makes me wonder

The race it came too soon, Commissaires called the tune
That the gridding had a good reason
And when will it dawn
On those of us shoulder to shoulder
That the forest ahead harbours the vainqueurs 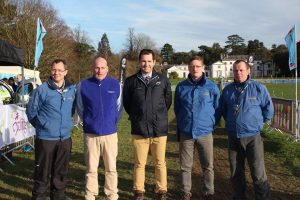 If there’s a Bingham, Zipp, O’Tuathail in the front row
Don’t wait around now
You’d want to spring clear at the start line
Yes, there were two bridges we’d go by
But just the one long run
There’s still time to change the gear you’re in
And I really did wonder
(No. 16 what am I doing here!) 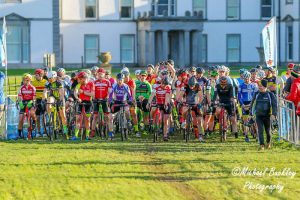 My head was humming why I won’t go
Faster, it was a case of go slow
Man on the mike was calling my name
‘It’s Brendan’, I heard the wind blow
But it was Doherty don’t you know
The stairway already saw him slip by me. 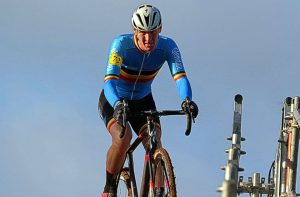 And as we wind down for the new season
Our shadows grow long on the road
There was a day we all know yeah
When the sun shone down on Mays’ Caoimhe and Oisín,
Rafferty, Scullion, McGarr, McCabe, Gillespie and Conroy,
Bingham, Doherty Daddy and daughter.
But if you practise very hard
The turns you’ll conquer one day at last
When the boards they don’t seem that hard
I’ll climb the bridge and not fall…
Yet I’m still dreaming of Mícheals stairway in Fota.

Well that about wraps up another CycloCross season. A big ‘Thank You’ from me to all the organisers, volunteers, competitors and of course the Commissaires who make it all possible. I will now rest my pen for a short while (I can almost hear the sigh of relief!) and get  back to the serious work of organising the ‘OldVelos Vintage Classic’ which is in July this year. 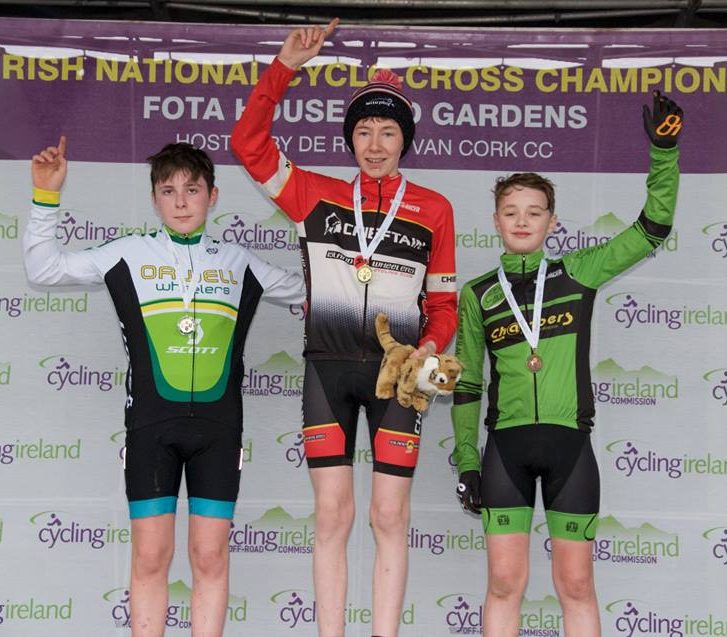 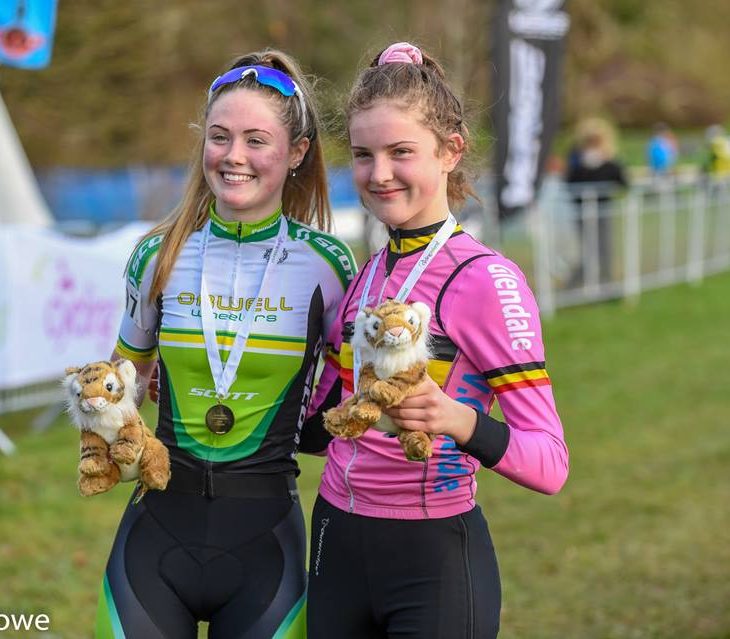 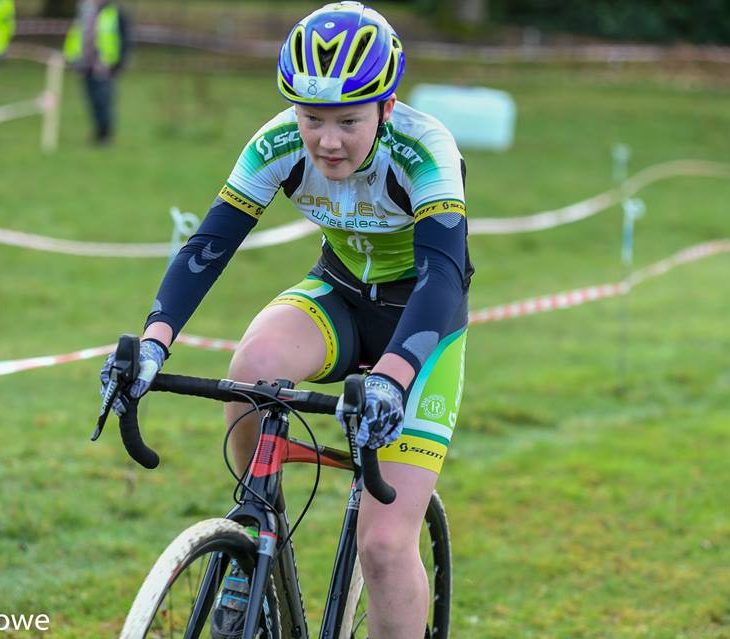 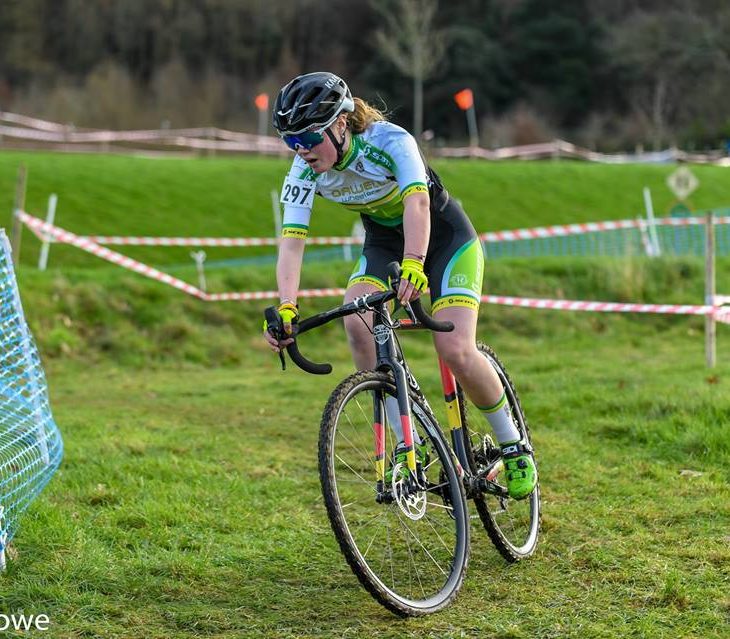 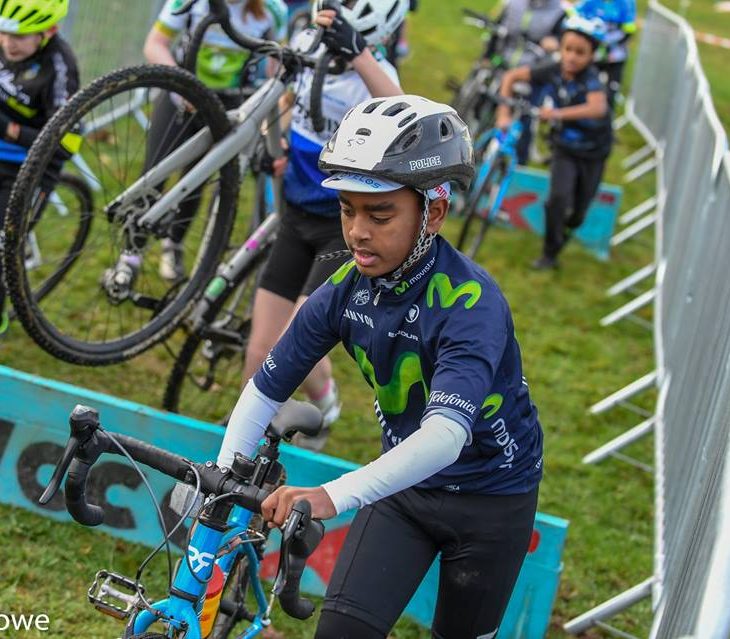 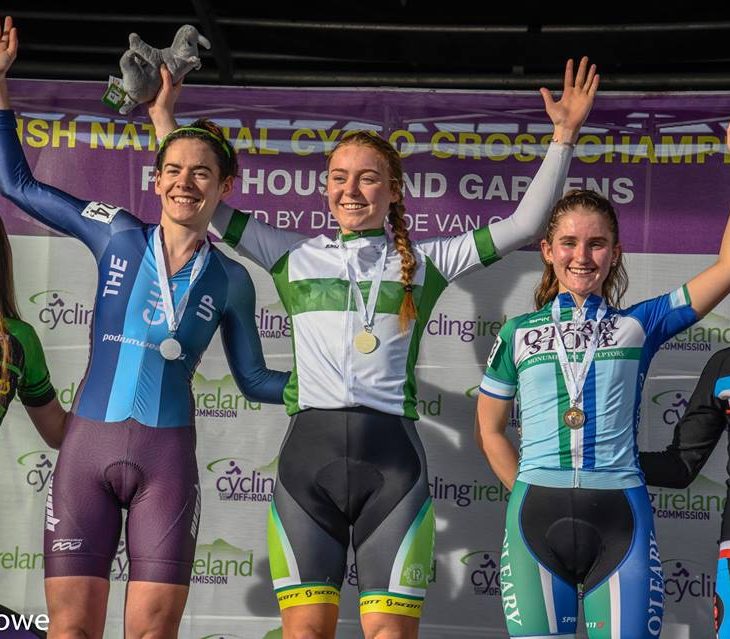 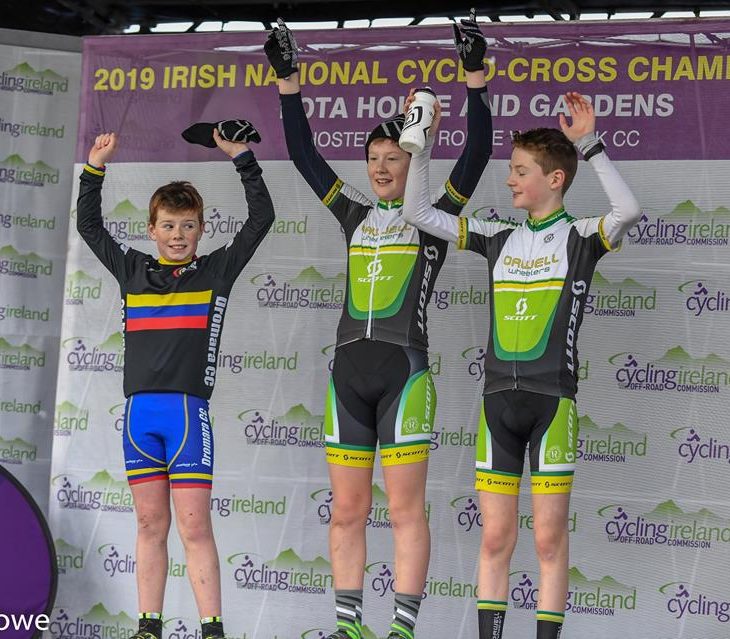 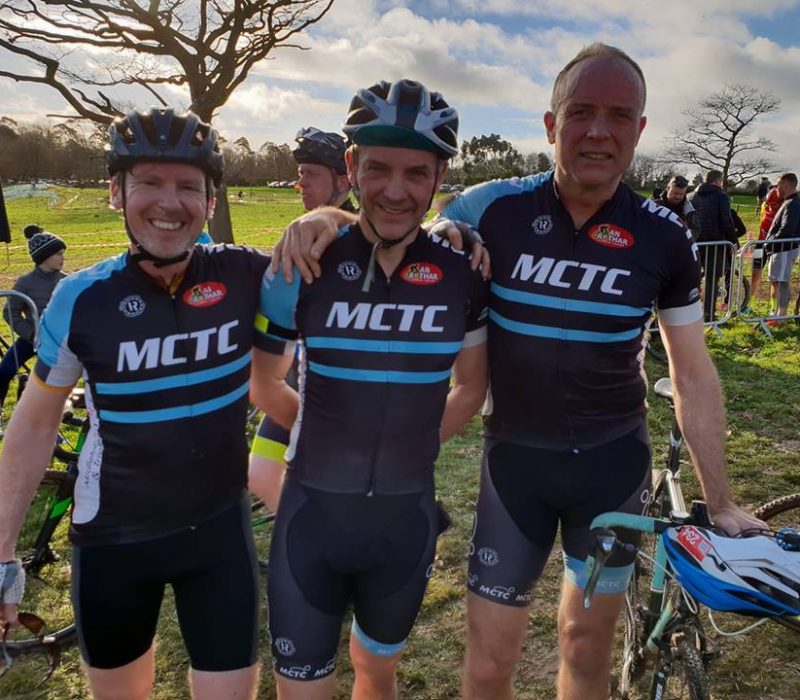 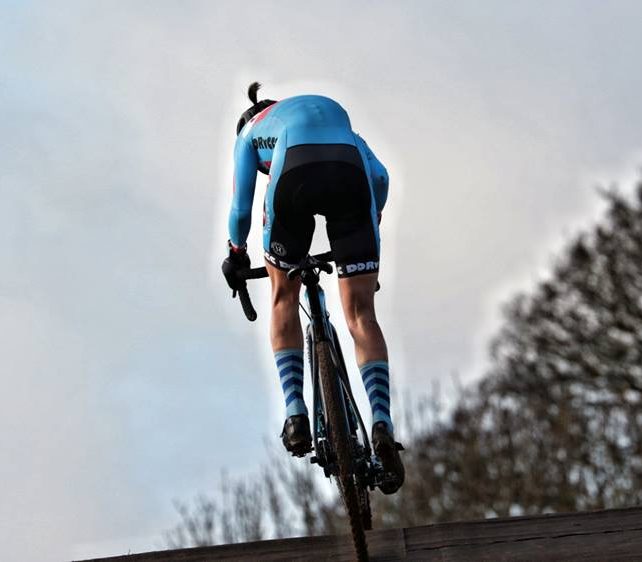